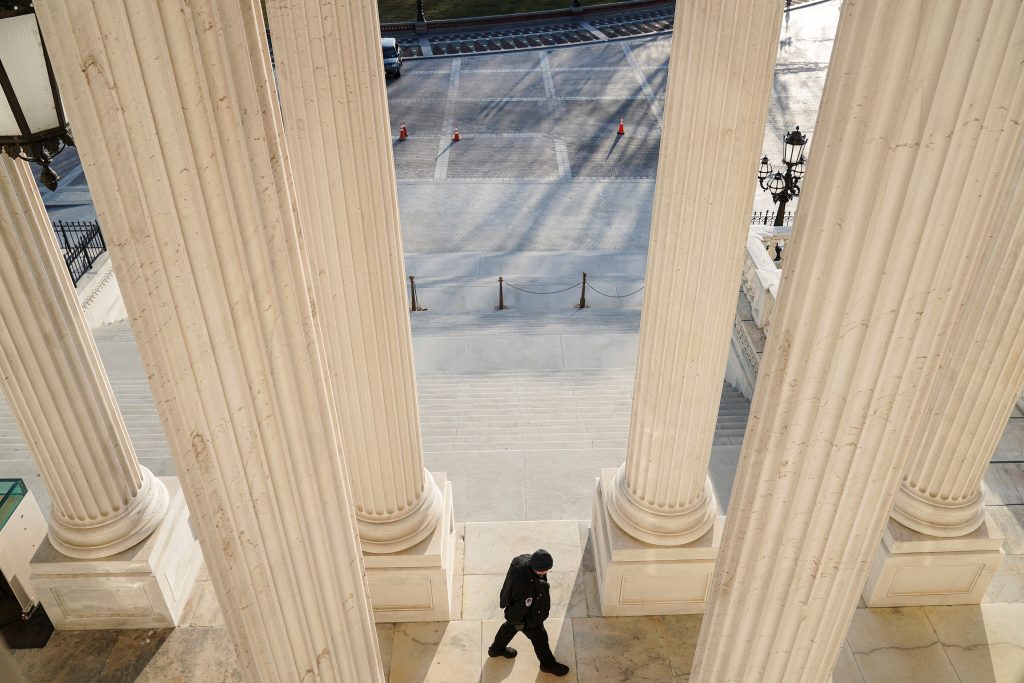 The Capitol Police have asked the Pentagon to extend the National Guard’s mission to protect the U.S. Capitol for an additional two months, a U.S. defense official told Reuters on Thursday.

Since the Jan. 6 attack on the Capitol by supporters of former President Donald Trump, National Guard troops have been dispatched to the grounds and tall fencing has been erected to extend the security perimeter.

There are currently about 5,200 National Guard troops around the building. The mission was set to end on March 12.

Federal prosecutors have charged more than 300 people for involvement in the Jan. 6 attack that led to five deaths, including a policeman. Those arrested include members of armed militia groups such as the Oath Keepers and the Three Percenters.

The official, speaking on the condition of anonymity, said the formal request had been received by the Pentagon and would be examined, but said it was highly likely that it would be approved.

Congresswoman Elissa Slotkin said that she had heard about a 60-day extension request and that the National Guard was asking states for troop contributions.

“No one likes seeing the fortress-like security around the Capitol. And no one wants to again have a security problem in and around this symbolic place,” Slotkin said on Twitter.

“But whether an extension has been requested or the mission is indeed terminating on March 12, it’s critical that members of Congress get a briefing on what’s behind these decisions,” she added.

A bulletin issued on Tuesday by the Department of Homeland Security and the Federal Bureau of Investigation said an unidentified group of “militia violent extremists” discussed plans in February to “take control of the U.S. Capitol and remove Democratic lawmakers on or about March 4.”