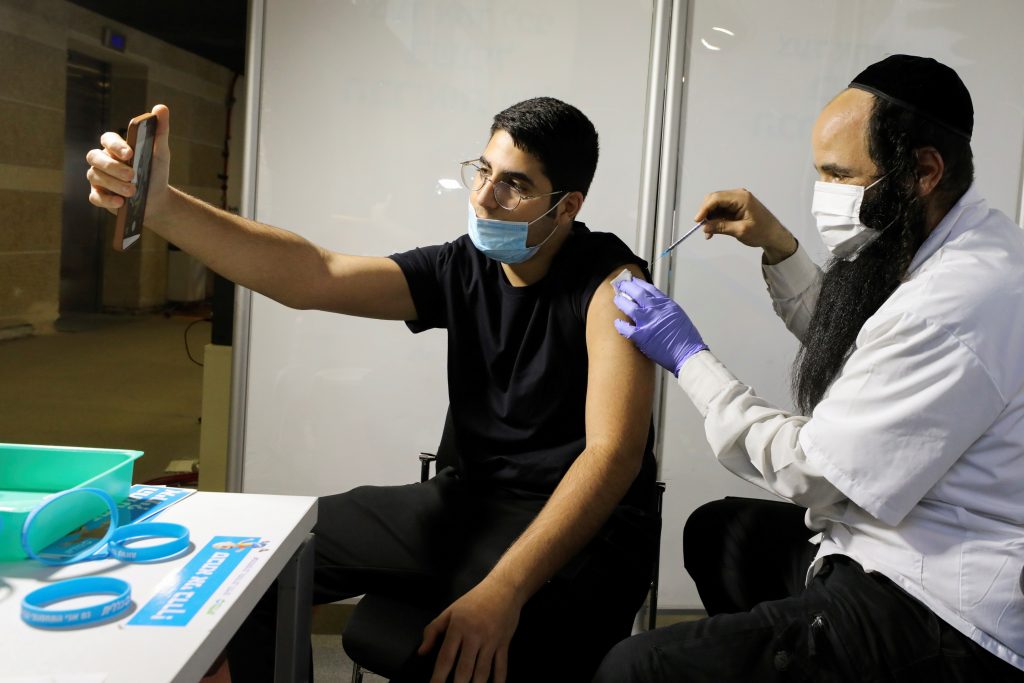 In the wake of the European Union’s bungling of its vaccine rollout, the leaders of Austria and Denmark are set to arrive on Thursday for a close-up view of the world-beating Israeli campaign and to discuss cooperation in the future.

The so-called “vaccination summit” will focus on how the three countries might together meet the challenge of developing second generation Covid vaccines to counter the variants that are showing resistance to the first generation.

In what Globes termed a “snub” to their EU colleagues, Austrian Chancellor Sebastian Kurz said on Wednesday, “We must prepare ourselves for the outbreak of other mutations and that also means that we cannot only rely on the EU for the manufacture of second generation vaccinations.”

Danish Prime Minister Mette Frederiksen told Danish media, “If only I could, I would come back from Israel with a plane full of vaccine doses.”

She admitted that she had tried and failed to procure vaccine doses from Israel and added. “Israel is in the forefront of the struggle against Covid. Long-term strategic cooperation could be of critical importance in gaining control over the virus,” according to Globes.

The EU’s rollout has been a source of widespread frustration and anger. The latest figures show that only 7.5% of the European population has received one vaccine dose compared with 52% in Israel. Meanwhile, the European media has been replete with stories praising Israel’s success.