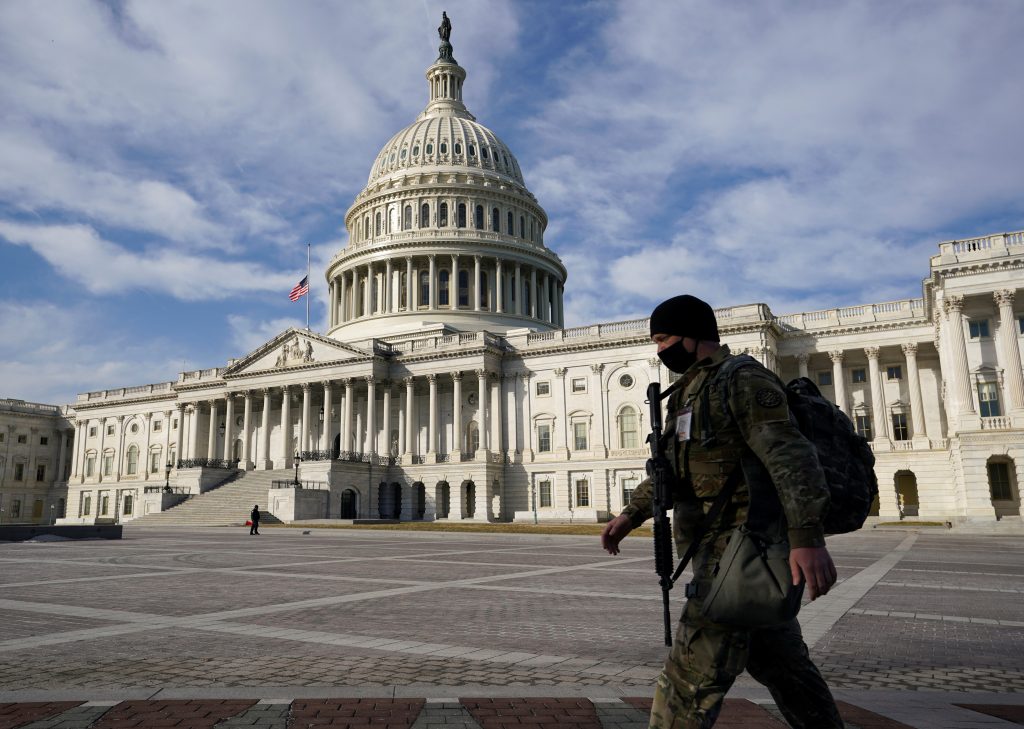 The police force that guards the U.S. Capitol said on Wednesday it has obtained intelligence pointing to a possible plot by a militia group to breach the building on Thursday, an alleged plan with echoes of the Jan. 6 Capitol attack.

A U.S. Capitol Police statement did not name the organization but called it “an identified militia group.” Authorities have said right-wing extremists were part of a mob of supporters of former President Donald Trump that stormed the Capitol and interrupted the formal congressional certification of President Joe Biden’s election victory.

Thursday marks the date when some right-wing conspiracy theorists have claimed that Trump, defeated by Biden in the Nov. 3 election, will be sworn in for a second term in office.

Among those arrested in connection with the Jan. 6 rampage were members of the right-wing groups the Proud Boys and Oath Keepers. Five people including a police officer died in the riot.

The Capitol Police said it is working with local, state and federal agencies “to stop any threats to the Capitol,” adding, “We are taking the intelligence seriously.” No further details on the threat were provided.

The Capitol Police statement noted that the department already has made “significant security upgrades” at the Capitol, home to the U.S. House of Representatives and Senate. It was unclear if these upgrades were made in response to this latest threat or were measures put in place following the Jan. 6 riot.

There was no indication that the Senate or House would alter their legislative activities on Thursday. The House is aiming to debate and pass a policing reform bill on Thursday. The Senate could be in the midst of a potentially long debate and votes on a COVID-19 aid bill.

On Tuesday, Acting House Sergeant at Arms Timothy Blodgett notified all members of Congress of a possible security threat spanning Thursday through Saturday. It referred to “potential protests and demonstration activity surrounding what some have described as the ‘true Inauguration Day.'”

For nearly a century, U.S. presidents have been inaugurated on Jan. 20, including Biden, who took the oath of office on the grounds of the Capitol. Previously, March 4 had been the swearing-in date.

Since Jan. 6, National Guard troops have been dispatched to the Capitol grounds and tall fencing has been erected to extend the security perimeter of the Capitol.

“In light of this new information, USCP has also enhanced their security posture for the coming days,” Blodgett told lawmakers.

Congress has held a series of hearings already on the Jan. 6 riot and congressional leaders in the coming days are expected to receive recommendations for new, permanent security measures at the Capitol.