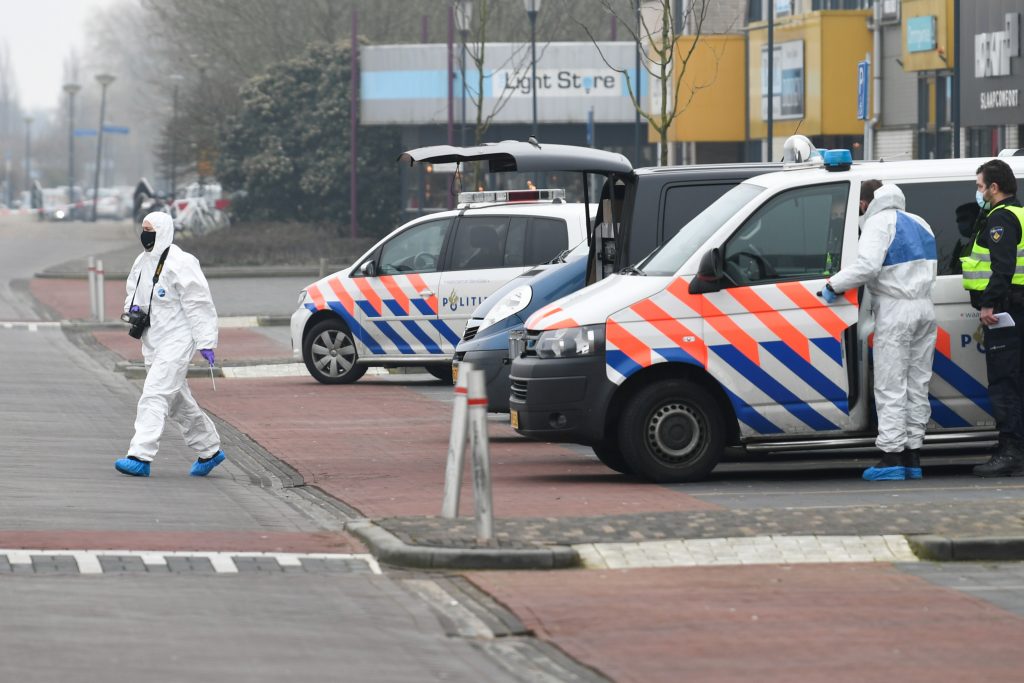 An explosive went off at a coronavirus testing center north of Amsterdam before sunrise on Wednesday, shattering windows but causing no injuries in what police called an intentional attack.

An explosives team was on site in the town of Bovenkarspel, 35 miles north of the capital, to examine the device, police in the province of North Holland said.

The metal remains of the explosive, about 4 inches by 4 inches in size, were found in front of the building and “must have been placed” there, police spokesman Menno Hartenberg told Reuters.

“We don’t know yet exactly what exploded, the explosives experts must first investigate,” Hartenberg said.

“What we’re saying is that something like that doesn’t just happen by accident, it has to be laid,” the spokesman said.

A security guard who was inside the testing center at the time was not injured, national broadcaster NOS reported.

The incident comes shortly before national elections on March 17, widely seen as a referendum on the government’s handling of the pandemic.

Anger against healthcare authorities has increased since the start of 2021, with the head of the country’s National Institute for Health now accompanied by a security detail.

Another test location was burned down during several days of rioting in January sparked by the introduction of a nighttime curfew from 9 p.m. to 4:30 a.m.

The region around Bovenkarspel, a rural town, is currently suffering one of the Netherlands’ worst COVID-19 outbreaks, with 181 cases per 100,000 inhabitants, compared with around 27 per 100,000 nationally. At least one hospital has been forced to send patients to other provinces due to lack of space in its intensive care units.

Wednesday is the first day in several months in which lockdown measures in the Netherlands have been slightly eased, with hairdressers reopening and non-essential stores allowed to accept a small number of visitors by appointment.