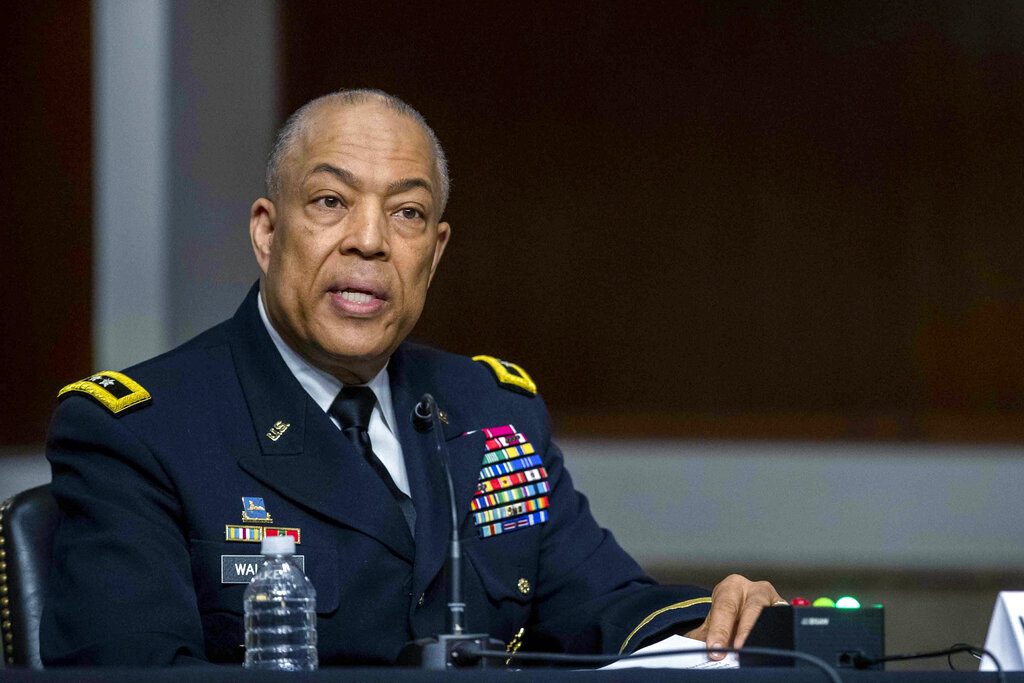 The Defense Department took more than three hours to dispatch the National Guard to the deadly riot at the U.S. Capitol despite a frantic request for reinforcement from police, according to testimony Wednesday that added to the finger-pointing about the government response.

Maj. Gen. William Walker, commanding general of the District of Columbia National Guard, told senators that the then-chief of the Capitol Police requested military support in a 1:49 p.m. call, but the Defense Department’s approval for that support was not relayed to him until after 5 p.m., according to prepared testimony. Guard troops who had been waiting on buses were then rushed to the Capitol.

That delay stood in contrast to the immediate approval for National Guard support granted in response to the civil unrest that roiled American cities last spring as an outgrowth of racial justice protests, Walker said. As local officials pleaded for help, Army officials raised concerns about the optics of a substantial National Guard presence at the Capitol, he said.

“The Army senior leadership” expressed to officials on the call “that it would not be their best military advice to have uniformed Guardsmen on the Capitol,” Walker said.

The Senate hearing is the second about what went wrong on Jan. 6, with national security officials face questions about missed intelligence and botched efforts to quickly gather National Guard troops that day as a violent mob laid siege to the U.S. Capitol. Even as Walker detailed the National Guard delay, another military official noted that local officials in Washington had said days earlier that no such support was needed.

At a hearing last week, officials who were in charge of security at the Capitol blamed one another as well as federal law enforcement for their own lack of preparation as hundreds of rioters descended on the building, easily breached the security perimeter and eventually broke into the Capitol. Five people died as a result of the rioting.

So far, lawmakers conducting investigations have focused on failed efforts to gather and share intelligence about the insurrectionists’ planning before Jan. 6 and on the deliberations among officials about whether and when to call National Guard troops to protect Congress.

The officials at the hearing last week, including ousted Capitol Police Chief Steven Sund, gave conflicting accounts of those negotiations. Robert Contee, the acting chief of police for the Metropolitan Police Department, told senators he was “stunned” over the delayed response and said Sund was pleading with Army officials to deploy National Guard troops as the rioting rapidly escalated.

The hearing comes as thousands of National Guard troops are still patrolling the fenced-in Capitol and as multiple committees across Congress are launching investigations into mistakes made on Jan. 6.

Lawmakers have grilled law enforcement officials about missed intelligence ahead of the attack, including a report from an FBI field office in Virginia that warned of online posts foreshadowing a “war” in Washington. Capitol Police leaders have said they were unaware of the report at the time, even though the FBI had forwarded it to the department.

Testifying before the Senate Judiciary Committee on Tuesday, FBI Director Christopher Wray said the report was disseminated though the FBI’s joint terrorism task force, discussed at a command post in Washington and posted on an internet portal available to other law enforcement agencies.