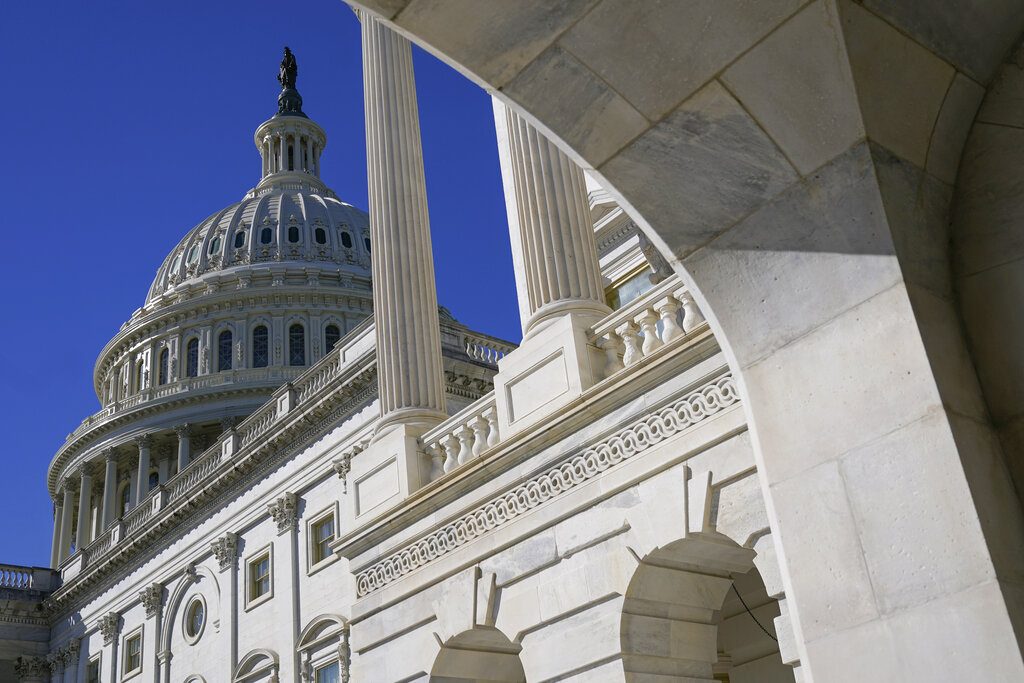 Democrats sorted through lingering disagreements over emergency jobless benefits and other issues Tuesday and prepared to commence Senate debate on a $1.9 trillion COVID-19 relief plan that would deliver a major victory to President Joe Biden.

With Democrats having no margin for error in the evenly split 50-50 Senate, Biden was expected to urge them on by conference call. Senate Majority Leader Chuck Schumer said he planned to bring the sweeping bill to the floor as early as Wednesday, teeing up first votes on a bill aimed at energizing the nation’s battle against the pandemic and its wounded economy.

The huge package is a too-big-to-fail moment for the fledging president, who would be politically staggered if Congress — controlled narrowly by Democrats but controlled nonetheless — failed to deliver. Conquering the virus that’s killed half a million Americans and thrown the economy and countless lives into tailspins is Biden’s top initial priority.

GOP senators seemed on track to oppose the relief bill solidly, perhaps with the unanimous “no” vote their House counterparts cast early Saturday when that chamber approved its similar version of the measure.

The Senate bill was expected to largely mirror the House-approved package. Democrats want Congress to send Biden a final version for him to sign by March 14, when an earlier round of emergency jobless benefits expires.

The legislation would provide $1,400 payments to individuals plus hundreds of billions of dollars for schools and colleges, COVID-19 vaccines and testing, mass transit systems, renters and small businesses.

It also has money for child care, tax breaks for families with children and assistance for states willing to expand Medicaid coverage for low-income residents.

Despite the huge leverage every Democrat has because all their votes are needed, none has so far threatened to sink the legislation if they don’t get their way. All are aware of how damaging that would be to Biden’s presidency and Democrats’ ability to stay united and be productive for the current Congress.

The Senate bill seems certain to omit House provisions gradually hiking the federal minimum wage to $15 hourly, up from the $7.25 locked in for the past 12 years.

The Senate’s nonpartisan parliamentarian said last week that the increase ran afoul of the chamber’s budget rules. Combined with opposition from Sen. Manchin, D-W. Virginia and Sen. Kyrsten Sinema, D-Ariz., Democrats have essentially conceded that the wage increase push will have to wait for future legislation.

Democrats must now decide “how we do minimum wage as part of another piece of legislation or on its own,” said Sen. Richard Blumenthal of Connecticut.

Some other eleventh-hour questions also seemed to need resolution.

Manchin and Sen. Jon Tester, D-Mont., said they want spending to be better “targeted,” which Manchin said meant “helping the people that need help the most.” Republicans have said the legislation is too costly and spends money needlessly.

But many final loose ends seemed to be starting to be tied up.

In one sign of that, 11 Democratic senators sent a letter Tuesday to Biden urging him to use a huge, upcoming infrastructure bill to create regularly paid relief and jobless benefits that would be automatically triggered by economic conditions.

Some progressives had wanted those payments to be included in the COVID-19 bill. Democrats’ push to include it in later legislation suggested an effort to satisfy progressives while also avoiding jeopardizing the current package.

While the seldom-used procedures Senate Democrats are using forced them to jettison the unemployment benefits, they have huge upside — the bill is shielded from filibusters, meaning it can pass without any GOP support if Democrats remain united.