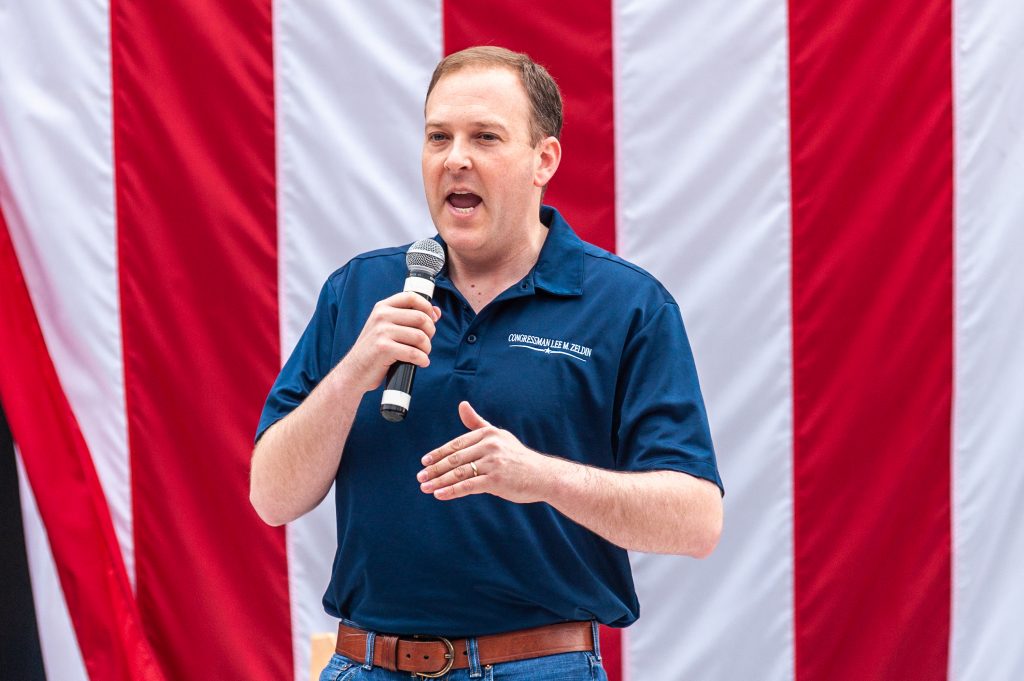 Republican Rep. Lee Zeldin is considering running for governor next year as Gov. Cuomo contends with harassment claims and a federal probe into the state’s handling of nursing home deaths.

Cuomo, eyeing a run for a fourth term in 2022, is facing calls for his ouster from both sides of the aisle over allegations made in recent days. Two of his accusers worked for his administration and say he fostered a toxic workplace.

With his public proclamation, Zeldin is hoping to become the first Republican to win statewide office in New York in nearly two decades.

The staunch supporter of former President Donald Trump could have a rough road to the Executive Mansion as New York is increasingly an overwhelmingly blue state.

Still, Zeldin said he “can’t sit back as Cuomo attacks our freedoms, our wallets & our safety.”

The four-term Congressman, who previously served in the State Senate, would have to give up his seat in Washington should he decide to officially enter the gubernatorial fray next year.

In recent days, other top-ranking Republican names have been floated as possible challengers against Cuomo, including Rep. Elise Stefanik, who represents a large swath of upstate.

Another potential GOP candidate is Dutchess County executive Marc Molinaro, who mounted a failed bid to unseat Cuomo in 2018.