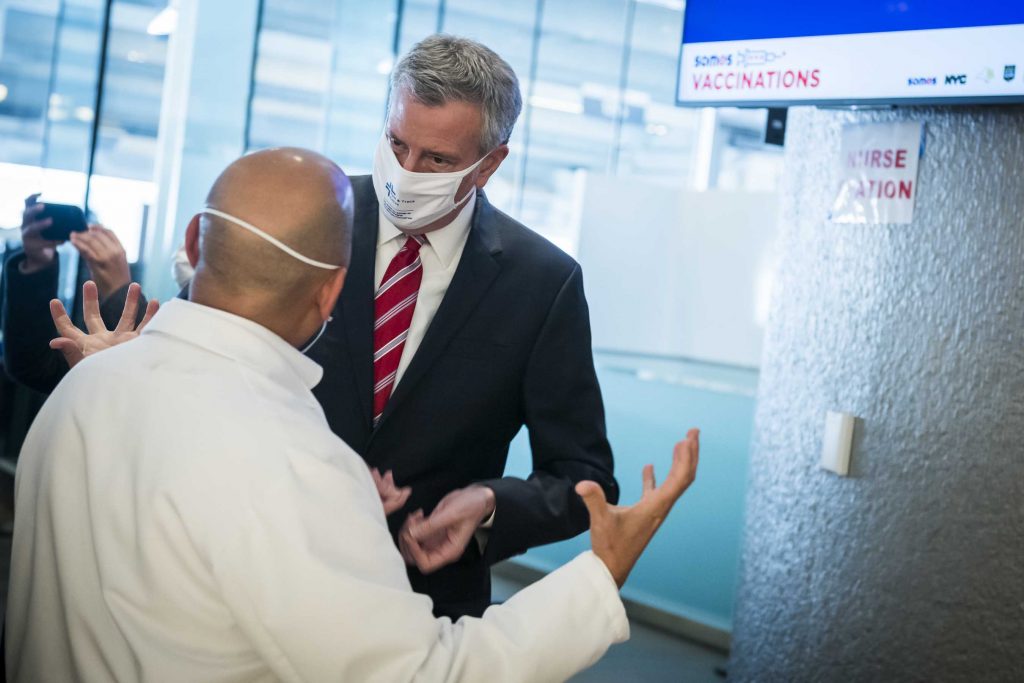 Among those the mayor hopes to be eligible are sanitation workers, building and health inspectors, job center staff, courthouse staff and juries. In order to encourage people to feel comfortable participating in jury duty, the vaccine should be made available to them, the mayor urged.

“Our sanitation workers, who are heroes,” he said, emphasizing the work they’ve done to dig the city out of several recent snowstorms. “We depend on them. We need them to be healthy.”

He praised the state’s decision to allow food pantry workers and volunteers to be eligible for the vaccine. “People who are feeding their fellow New Yorkers [are]…putting themselves on the line,” the mayor said. “[It] does involve risk.”

The city has distributed more than 2 million vaccine doses. The 7-day positivity rate is currently 6.09%.

The Johnson & Johnson vaccine, which is expected to ship throughout the country shortly, will be utilized by the city’s Homebound Senior Initiative to vaccinate the homebound elderly and those with disabilities.

“It has to come to them, so getting it done in one dose, is particularly important,” de Blasio said. “Also it’s easier vaccine to use because it requires less refrigeration.”

“It’s very labor intensive,” de Blasio cautioned of the push to vaccinate in homes, as the initiative would require going door to door for thousands, “it’s going to take time….we’ll be able to start out this month.”

The mayor said that when he is eligible, he will get the Johnson & Johnson vaccine to show it’s just as safe and effective as the Pfizer and Moderna options.