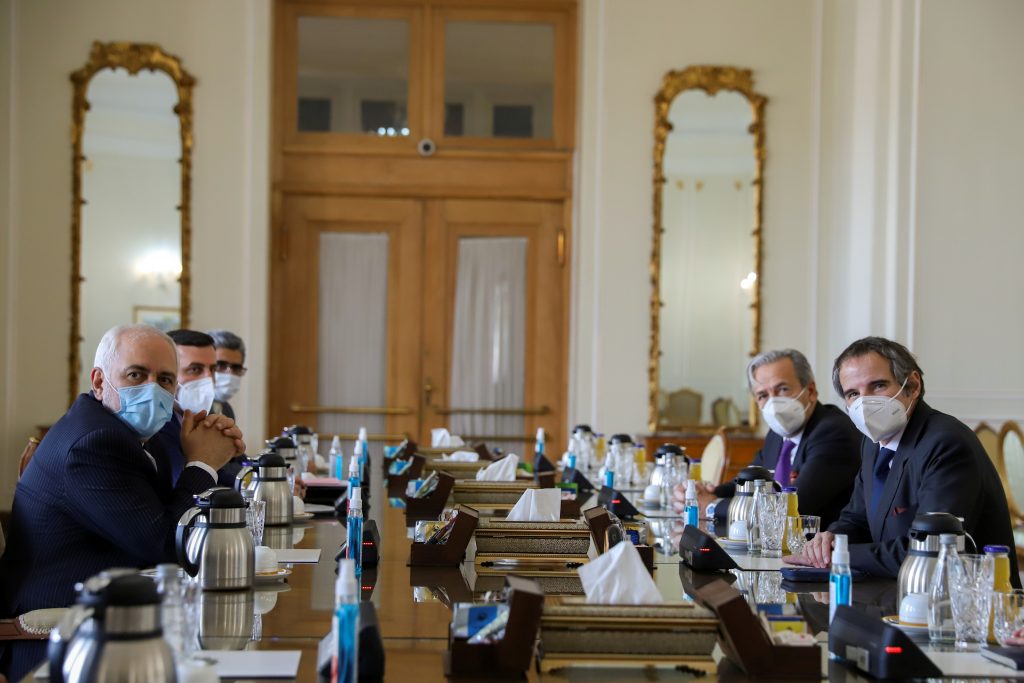 Iranian President Hassan Rouhani told French leader Emmanuel Macron that Iran was not willing to renegotiate the 2015 nuclear deal framework, and that Iran expected the United States to return to it before they would honor it again.

Macron told Rouhani that Europe expected to be more actively involved in dialogue, and that both the United States and Iran would have to take steps to affirm their commitment, Bloomberg reported.

Iran and the United States are in a staring contest, and both countries have refused to blink. The Biden administration has indicated it is willing to return to a nuclear based on the 2015 framework, but would set stricter measures on Iran and impose harsher penalties. Iran has demanded the United States ease sanctions and return to the deal as it was.

Adding to the tension are the reports that Iran has disregarded the deal and enriched uranium, and Iran’s refusal to allow UN investigators into its power plants has only compounded suspicions.

Macron urged Rouhani to return to compliance of its obligations as a gesture to show Iran is willing to negotiate.

France, Britain and Germany have lodged a formal complaint to the International Atomic Energy Agency regarding Iran’s refusal to comply with the agency’s oversight.