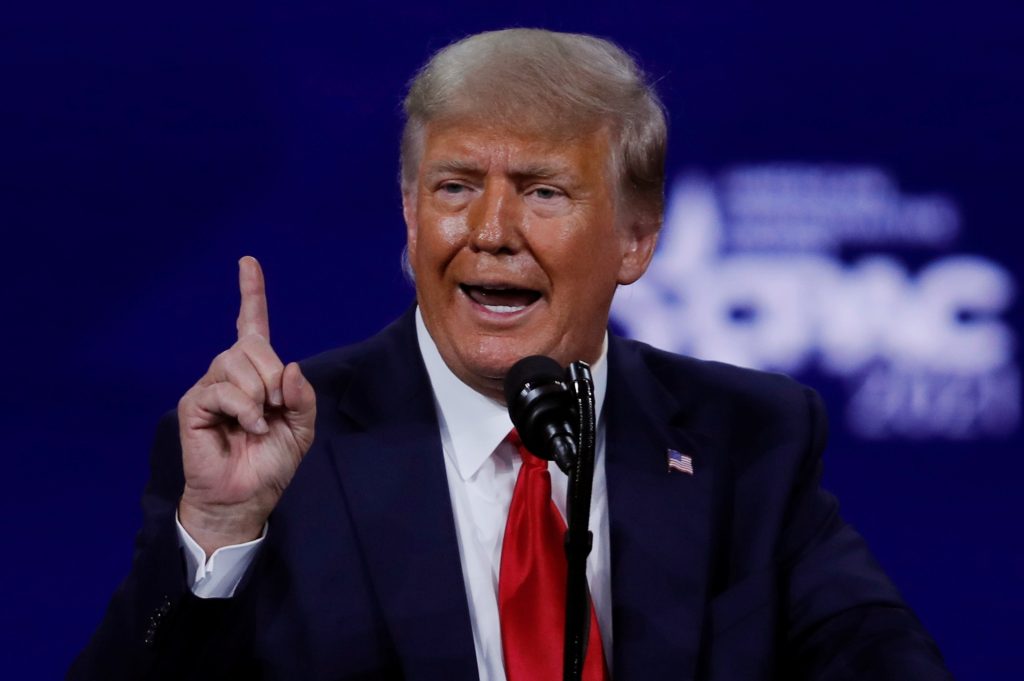 A U.S. House of Representatives panel has reissued a subpoena seeking Donald Trump’s tax and financial records, saying in a memo made public on Tuesday it needs the documents to address “conflicts of interest” by future presidents.

In a court filing on Tuesday, House lawyers told a judge that the House Oversight Committee reissued a subpoena to Trump’s accounting firm, Mazars USA LLP, on Feb. 25.

The committee issued a similar subpoena in 2019, but that subpoena expired in January when new U.S. lawmakers took office.

Tuesday’s court filing included a Feb. 23 memorandum from the committee’s chairwoman, Representative Carolyn Maloney, explaining to colleagues the decision to reissue the subpoena.

Maloney asserted that, because of long-running court challenges, her committee had been “denied key information needed to inform legislative action to address the once-in-a-generation ethics crisis created by former President Trump’s unprecedented conflicts of interest.”

Maloney said her committee’s need for the material “remains just as compelling now as it was when the Committee first issued its subpoena” in 2019.

Trump spokesman Jason Miller did not immediately respond to a request for comment.

Unlike other recent presidents, Trump refused to release his tax returns and other documents that could provide details on his wealth and the activities of his family company, the Trump Organization.

The House Oversight Committee has sought from Mazars eight years of accounting and other financial information in response to the congressional testimony of Michael Cohen, Trump’s former personal lawyer.

Cohen said Trump inflated and deflated certain assets on financial statements between 2011 and 2013 in part to reduce his real estate taxes.

The U.S. Supreme Court ruled in July that House Democrats needed to further explain the need for the records at a lower court, which would then assess the burden placed on Trump.

Manhattan District Attorney Cyrus Vance Jr. has separately obtained Trump’s tax returns, but that does not mean the public will see them.

The records were obtained in connection with a grand jury investigation, and New York law requires that grand jury materials be kept confidential.