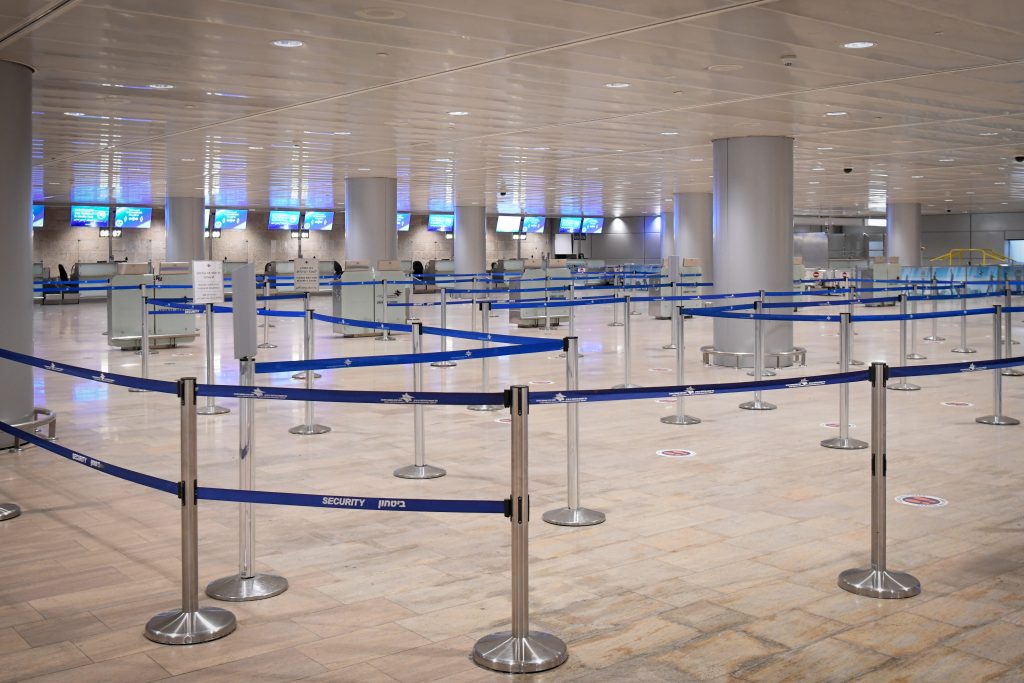 Israel is redoing its entry protocols after the coronavirus cabinet voted to return to the country without individual approval from the Exceptions Committee, which will be mostly shut down, according to media reports on Tuesday night.

Unvaccinated Israelis who apply to leave Israel will still be required to obtain approval from the committee.

The measure passed pending approval by the full cabinet, which is scheduled to meet later on Tuesday night.

The plan will allow for the partial reopening of Ben Gurion Airport, which is currently allowing only 200 arrivals per day. As of Sunday, that number will expand to 3,000, if the proposal is implemented.

After the vote, Blue and White chairman and Defense Minister Benny Gantz tweeted: “I welcome the demand of the Blue and White ministers to cancel the Ben Gurion Airport Exceptions Committee, to bring all Israelis abroad back before the election and to continue accepting all immigrants.”

The committee had become a target of the opposition, which accused it of political bias in granting exceptions.

However, the decision did not do away with concerns about travelers from abroad carrying covid variants into the country with them.

The head of the public health services at the Health Ministry, Dr. Sharon Elrai-Preis, warned that preventive regulations cannot be dismantled altogether and quarantines would still be necessary.

“We need a technological means to enforce the isolation. We do not want to find ourselves in a month’s time asking ‘how did we bring this variant into the country without supervision and allowed a catastrophe to happen here?’ We’ll all regret it. There are variants that can enter against which the vaccine would be independent, and the entire mass-vaccination program would be wasted,” she said.

Until further notice, upon landing, those who have not been vaccinated will be required to quarantine at home or in state-run hotels.