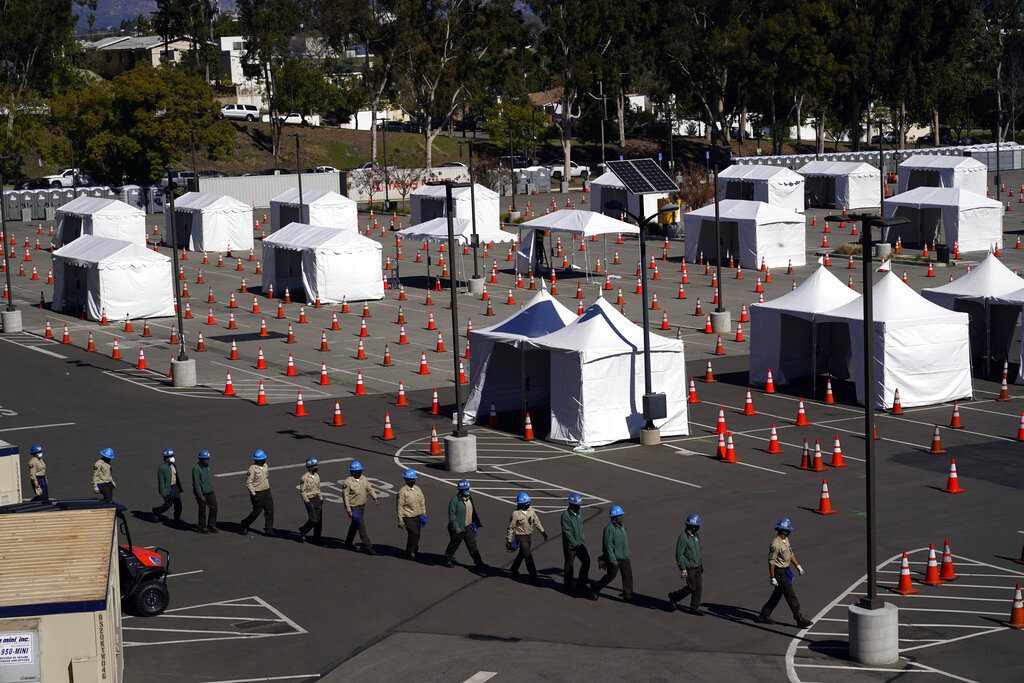 Delivery companies UPS and FedEx are scaling up vaccine distribution by as much as 40%, with more possibly coming if the FDA approves the single-shot Johnson & Johnson vaccine for distribution.

The two companies combined ship 10 million doses a week from the federal government to state and federally-run sites throughout the country, and the number is expected to rise to 14 million next week, Bloomberg reported.

The current weekly distribution is a third of what is likely to be peak demand, which Wes Wheeler of UPS’s health care unit determined would be mid-May. Even if the vaccine shipments grew to more than 40 million doses, Wheeler said it would make up roughly 6% of the 24.7 million packages UPS delivers internationally.

“We made sure that even during the peak periods that we would have enough capacity in our network to be able to prioritize all vaccines,” Wheeler said.

Additionally, FEMA is building pop-up sites and pharmacy chains are making more of their stores available, with federal and private company distribution centers rising from 10,000 to 14,000 locations throughout the country.

Gustave Perna, a U.S. Army four-star general, has been overseeing the vaccine rollout on behalf of the Biden administration.