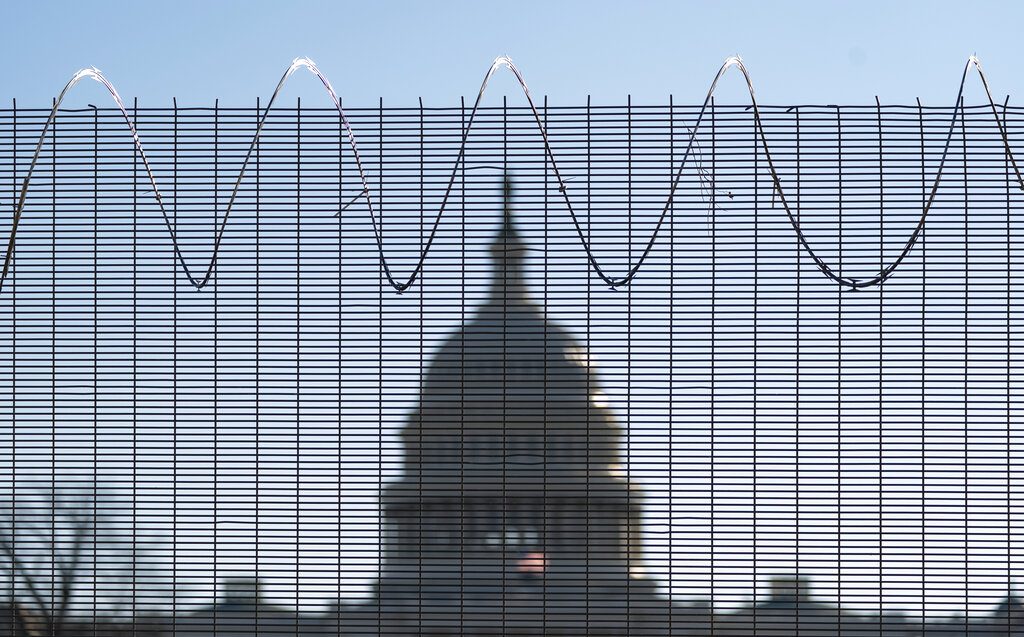 The acting U.S. Capitol Police chief was pressed to explain Thursday why the agency hadn’t been prepared to fend off a violent mob of insurrectionists, including white supremacists, who were trying to halt the certification of the presidential election last month, even though officials had compelling advance intelligence.

Acting Chief Yogananda Pittman denied that law enforcement failed to take seriously warnings of violence before the Jan. 6 insurrection. Three days before the riot, Capitol Police distributed an internal document warning that armed extremists were poised for violence and could attack Congress because they saw it as the last chance to try to overturn the election results, Pittman said.

But the assault was much bigger than they expected, she said.

“There was no such intelligence. Although we knew the likelihood for violence by extremists, no credible threat indicated that tens of thousands would attack the U.S. Capitol, nor did the intelligence received from the FBI or any other law enforcement partner indicate such a threat.”

Later, under questioning by the House subcommittee’s chairman, Rep. Tim Ryan, Pittman said that while there may have been thousands of people heading to the Capitol from a pro-Trump rally, about 800 people actually made their way into the building.

Pittman conceded that the agency’s incident command protocols were “not adhered to,” and that there was a “multi-tiered failure.” Officers were left without proper communication or strong guidance from their supervisors as the mob stormed into the building.

Pittman’s predecessor as chief testified earlier this week at a hearing that police expected an enraged but more typical protest crowd of Trump backers. But Pittman said intelligence collected before the riot prompted police to take extraordinary measures, including the special arming of officers, intercepting radio frequencies used by the invaders and deploying spies at the Ellipse rally where Trump addressed the rally.

On Jan. 3, Capitol Police distributed an internal intelligence assessment warning that militia members, white supremacists and other extremist groups were likely to participate, that demonstrators would be armed and that it was possible they would come to the Capitol to try to disrupt the vote, according to Pittman.

But at the same time, she said police didn’t have enough intelligence to predict the violent attack that resulted in five deaths, including that of a Capitol Police officer.

“Although the Department’s January 3rd Special Assessment foretold of a significant likelihood for violence on Capitol grounds by extremists groups, it did not identify a specific credible threat indicating that thousands of American citizens would descend upon the U.S. Capitol attacking police officers with the goal of breaking into the U.S. Capitol Building to harm Members and prevent the certification of Electoral College votes,” Pittman said.

Steven Sund, the police force’s former chief who resigned after the riot, testified Tuesday that the intelligence assessment warned white supremacists, members of the far-right Proud Boys and leftist antifa were expected to be in the crowd and might become violent.

The FBI also forwarded a warning to local law enforcement officials about online postings that a “war” was coming. But Pittman said it still wasn’t enough to prepare for the mob that attacked the Capitol.

Officers were vastly outnumbered as thousands of rioters descended on the building, some of them wielding planks of wood, stun guns, bear spray and metal pipes as they broke through windows and doors and stormed through the Capitol. Officers were hit with barricades, shoved to the ground, trapped between doors, beaten and bloodied as members of Congress were evacuated and congressional staffers cowered in offices.

Pittman also said the department faced “internal challenges” as it responded to the riot. Officers didn’t properly lock down the Capitol complex, even after an order had been given over the radio to do so. She also said officers didn’t understand when they were allowed to use deadly force, and that less-than-lethal weapons that officers had were not as successful as they expected.

While Pittman said in her testimony that that sergeants and lieutenants were supposed to pass on intelligence to the department’s rank and file, many officers have said they were given little or no information or training for what they would face.

Four officers told The Associated Press shortly after the riot that they heard nothing from Sund, Pittman, or other top commanders as the building was breached. Officers were left in many cases to improvise or try to save colleagues facing peril.

Pittman also faces internal pressure from her rank and file, particularly after the Capitol Police union recently issued a vote of no confidence against her. She must also lead the department through the start of several investigations into how law enforcement failed to protect the building.

Capitol Police are investigating the actions of 35 police officers on the day of the riot; six of those officers have been suspended with pay, a police spokesman said.