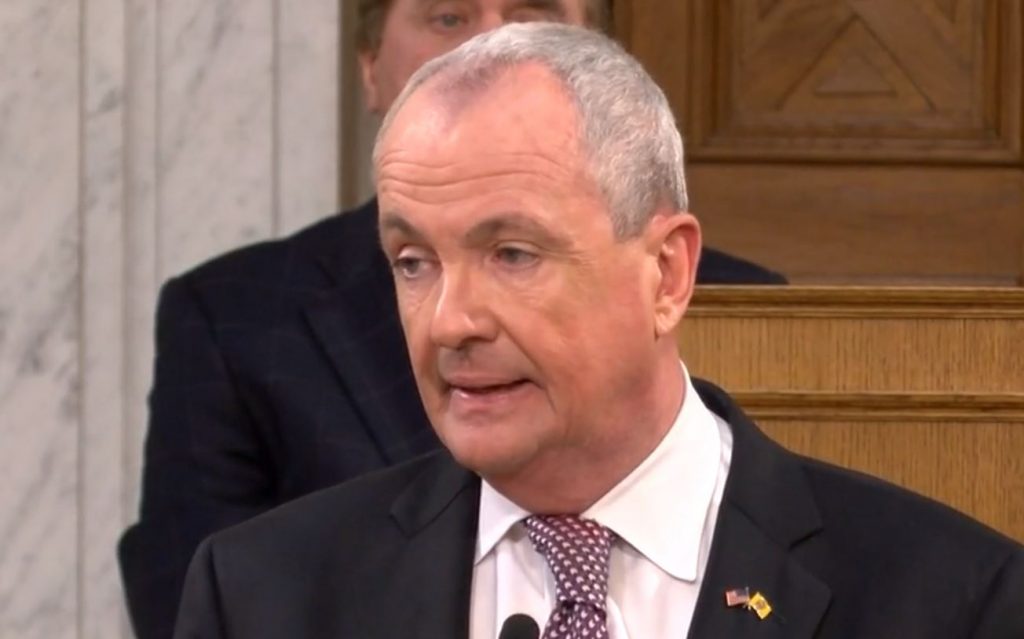 The firs-term governor’s proposal includes no new tax hikes or fees and few spending cuts, mostly from savings his administration says it will realize from underused programs.

He unveiled the spending plan during a remote, roughly 45-minute-long speech at the Trenton War Memorial because of the coronavirus pandemic, instead of with the usual pomp and ceremony during a joint legislative session in the General Assembly.

A former Goldman Sachs executive and ambassador to Germany under Barack Obama, Murphy held true to his left-leaning philosophy and pledged to move forward despite the economically crippling COVID-19 pandemic, which has led to record-high unemployment rates and quarterly gross domestic product declines. The state’s revenue picture has improved since the direst predictions last year, though.

“It is the time for us to also lean into the economic policies that will not just get us through the remaining months of the pandemic, but which will supercharge our reemergence from it and the recovery that awaits on the other side,” he said.

The proposal seeks to make a 34% increase in the state’s share of the public pension, which includes retired teachers as well as state workers and others, putting the payment at $6.4 billion. That’s up from $4.8 billion in the current fiscal year, and it’s the first time the state has made what experts call the full actuarily determined payment — meaning the state is fully financing its share of the pension burden — since 1996.

If adopted by the Democrat-led Legislature, this would represent the first full payment in a quarter-century and the fulfillment of a key promise Murphy made to public-sector labor unions, which vocally backed the governor’s 2017 campaign and are expected to be a key ally as he seeks reelection this year.

“We’re now on the road to fixing one of the biggest financial problems of any state in America. And when we keep making this payment, we’ll go from a pension system that many said was destined for bankruptcy, to one that is solvent, healthy, and sustainable, he said.

The increased spending would be financed in large part by a drawdown in the state’s surplus, which would fall from nearly $5 billion at the start of the fiscal year to about $2.1 billion under the proposal.

There’s higher spending on K-12 education, with aid to schools climbing by nearly 7% to $9.26 billion. That, too, if adopted is at least a partial fulfillment of a campaign pledge. Murphy faulted his predecessor, Republican Chris Christie, for failing to apply a state Supreme Court approved funding formula for schools.

Christie’s school funding stayed nearly flat over his eight years. If the proposal is enacted, school funding will have increased by more than 14% since Murphy took over.

The governor is also calling for $500 tax rebates to families with dependents that meet certain income thresholds. That’s the fulfillment of a deal he made last year with legislative leaders in return for their agreeing to increase income taxes on people making more than $1 million a year.

New Jersey’s fiscal year ends June 30, so the budget goes next to the Legislature, which typically alters the governor’s suggestions.

Republicans, who are in the minority in the Legislature and have little leverage, balked at Murphy’s proposal and suggested he’s seeking more spending as a way to buoy his own reelection bid this fall.

Along with Murphy, both houses of the Legislature are up for reelection this year.