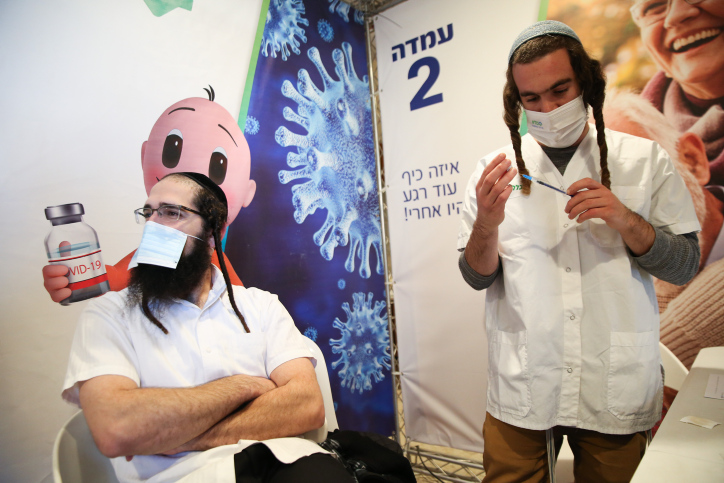 Israel is giving a “symbolic” amount of surplus COVID-19 vaccines to the Palestinians and to several countries, Prime Minister Binyamin Netanyahu’s office said on Tuesday.

An Israeli official said Honduras was among the recipients. The Central American country said last year it intended to move its Israel embassy to Yerushalayim, a diplomatic gain for Israel.

The Honduran Embassy in Israel had no immediate comment.

Israel has been importing Pfizer and Moderna vaccines. According to the Health Ministry, it has administered at least one Pfizer dose to almost 50% of its 9 million population.

This month the Palestinians received an initial shipment of Moderna vaccines from Israel and have also begun administering Russia’s Sputnik V vaccines in Yehudah, Shomron and Gaza.

An Israeli official said the matter was discussed by Foreign Minister Gabi Ashkenazi and U.S. counterpart Antony Blinken on Monday.

Ashkenazi updated him about the amount of vaccines transferred to Yehudah, Shomron and Gaza, and the vaccination of Palestinian laborers in Israel, the official said.

The statement from Netanyahu’s office said the vaccines donated by Israel were a surplus built up over the last month. Describing the donations as symbolic, it said they would be used by the foreign recipients’ medical personnel.

Israel informed countries that asked it for donations that the vaccines it had ordered “are intended for vaccinating its population and there is no expectation of a capacity to provide significant [foreign] assistance, at least before the vaccination campaign in Israel ends,” the statement said.