A City Council special election is being held Tuesday in Far Rockaway, and Jewish community leaders are working on an intense get-out-the-vote effort, following a similarly successful push in another Queens special election earlier this month.

Osina nearly won the seat in 2013, garnering over 28% of the vote and falling short to Richards by just 79 votes. This election is somewhat trickier, as it is using the new ranked-choice voting system.

The first election to use the ranked-choice system was a special election earlier this month for the 24th Council District in Central Queens. But the system did not come into play, as candidate James Gennaro, who had the support of the Orthodox Jewish community, won more than 50% of first-place votes. The Jewish community turned out heavily in that election, galvanized to oppose progressive candidate Moumita Ahmed, who had made tweets critical of Israel.

Jewish activists have been undertaking a get-out-the vote effort since early voting began more than a week ago, urging all community members to cast their ballots.

Rockaway Shomrim is offering rides to the polls, and babysitting services are being provided as well.

“It is important to vote in every election,” Maury Litwack, Executive Director of Teach Coalition, told Hamodia on Tuesday. “But even more so in special elections, where voter turnout is usually extremely low.” Noting that only 6% of the total electorate turned out in the 24th District’s special election, Litwack said, “Your vote may be even more valuable than usual today.”

Chaskel Bennett, a member of Agudah Israel of America’s board of trustees, told Hamodia that the consequences of voter turnout are further-reaching than a singl election.

“The mayoral campaigns are watching Far Rockaway/Bayswater to see if the Orthodox community steps forward and makes it voice heard,” Bennett said. “With seismic political changes happening all around us, voting has re-emerged as the voice for the voiceless. We are strongly urging our friends in the 31st Council District to make sure they are clearly heard.”

Polls are open Tueday until 9:00 p.m. Voters can find their pollsites here

Whoever wins Tuesday’s election will have a short-lived victory, as he or she will have to run again in the primary election this June and general election in November.

Below is a sampling of Jewish organizations’ voter-turnout posters for this special election: 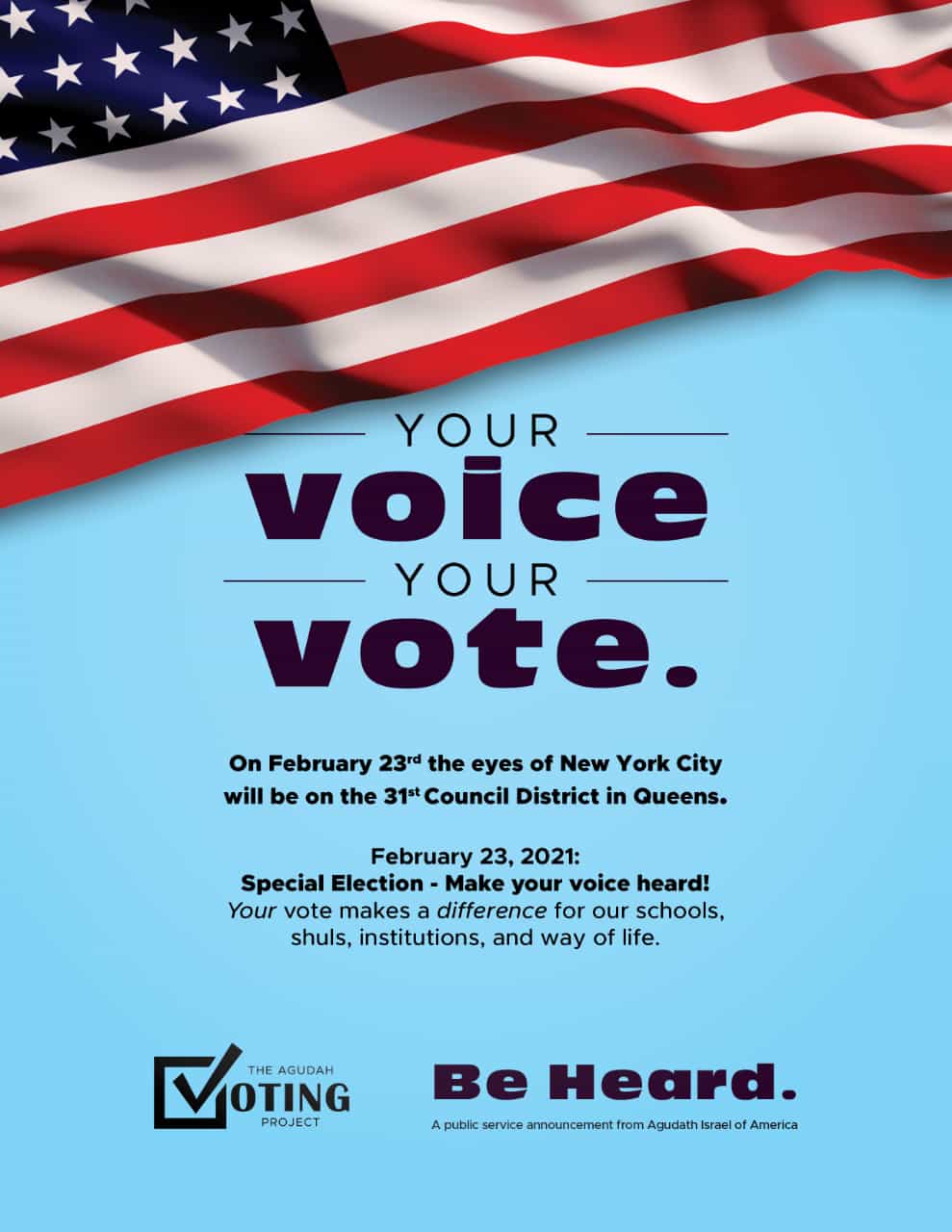 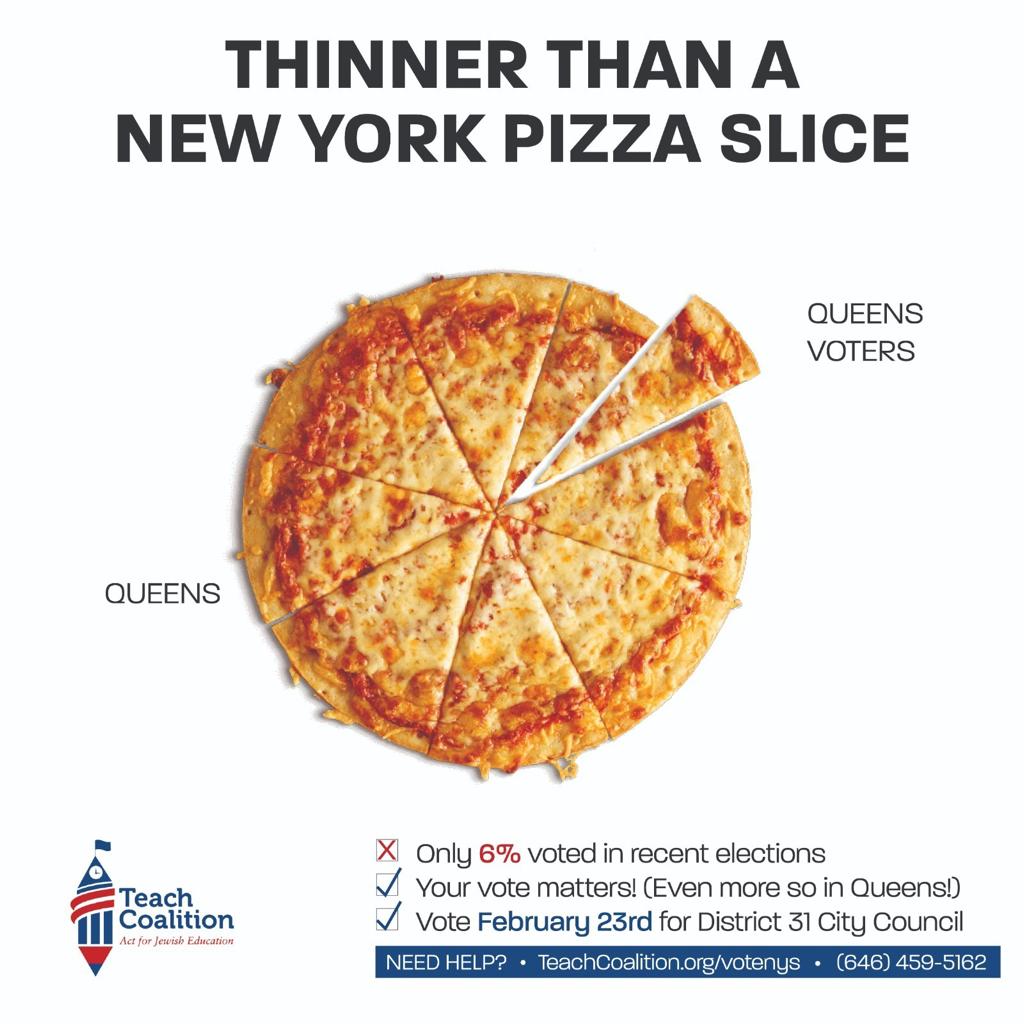 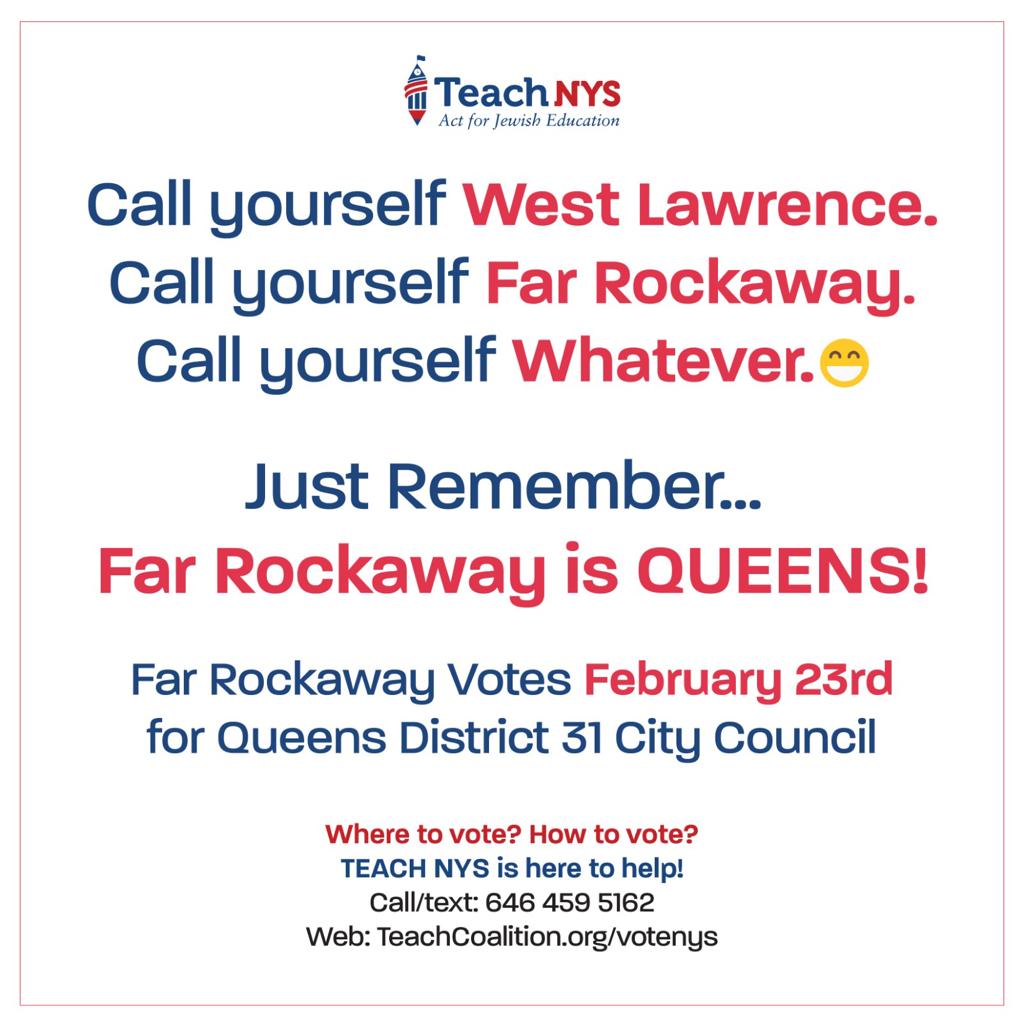 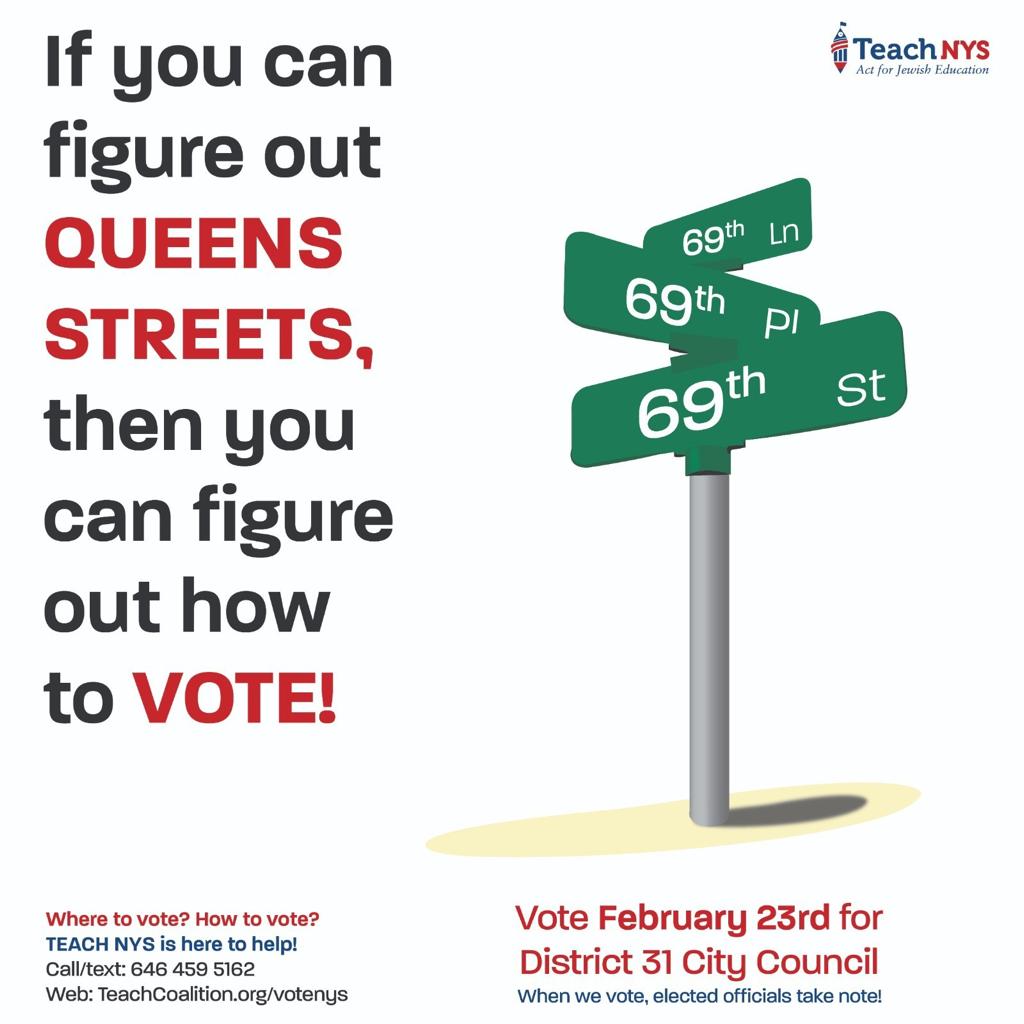