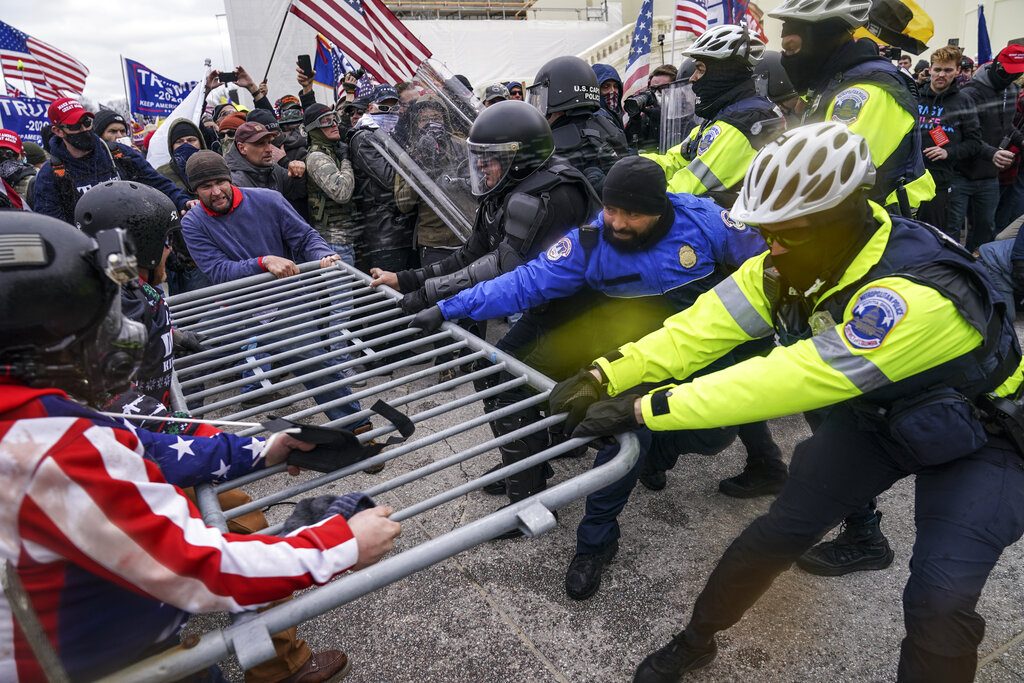 Congress is set to hear from former U.S. Capitol security officials for the first time about the massive law enforcement failures on Jan. 6, the day a violent mob laid siege to the building and interrupted the presidential electoral count.

Three of the four scheduled to testify Tuesday before two Senate committees resigned under pressure immediately after the deadly attack, including the former head of the Capitol Police.

Much remains unknown about what happened before and during the assault, and lawmakers are expected to aggressively question the former officials about what went wrong. How much did law enforcement agencies know about plans for violence that day, many of which were public? How did the agencies share that information with each other? And how could the Capitol Police have been so ill-prepared for a violent insurrection that was organized online, in plain sight?

The rioters easily smashed through security barriers on the outside of the Capitol, engaged in hand-to-hand combat with police officers, injuring dozens of them, and broke through multiple windows and doors, sending lawmakers fleeing from the House and Senate chambers and interrupting the certification of the 2020 presidential election. Five people died as a result of the violence, including a Capitol Police officer and a woman who was shot by police as she tried to break through the doors of the House chamber with lawmakers still inside.

The hearing is expected to be the first of many examinations of what happened that day, coming almost seven weeks after the attack and over one week after the Senate voted to acquit former President Donald Trump of inciting the insurrection by telling his supporters to “fight like hell” to overturn his election defeat. Thousands of National Guard troops still surround the Capitol in a wide perimeter, cutting off streets and sidewalks that are normally full of cars, pedestrians and tourists.

Congress is also considering a bipartisan, independent commission to review the missteps, and multiple congressional committees have said they will look at different aspects of the siege. Federal law enforcement have arrested more than 230 people who were accused of being involved in the attack, and President Joe Biden’s nominee for attorney general, Judge Merrick Garland, said in his confirmation hearing Monday that investigating the riots would be a top priority.

Congress needs to know, quickly, how failed security preparations and delays in the response led to “a mad, angry mob invading this temple of our democracy,” Senate Rules Committee Chairwoman Amy Klobuchar said in an interview with The Associated Press.

Lawmakers hope to resolve some of those discrepancies by questioning the witnesses together on Tuesday. Klobuchar said she is pleased that they are all appearing voluntarily and hopes that the hearing will have a “constructive” tone.

“It was a horror what happened, we all know that,” she said. “But if we are going to have solutions and a safer Capitol going forward, we have to identify what went wrong, what the issues were, and the answers we’ll get are part of that solution.”