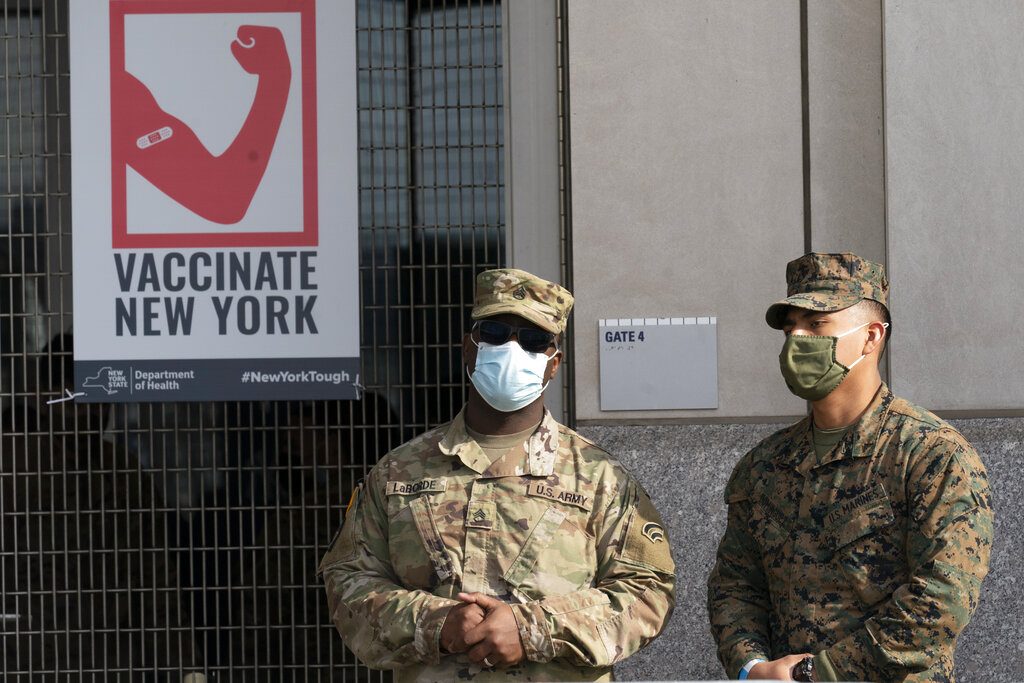 The snow and ice that pounded the East Coast and South, most violently in Texas, also wreaked havoc on the federal government’s vaccine shipments to states.

New York City had been expecting 100,000 doses to arrive on Thursday until the snowstorm brought everything to a standstill.

Mayor Bill de Blasio has expressed frustration with the state and federal government for tying up the city’s vaccination efforts. He has asked that second doses be open for usage as first doses in an effort to vaccine as many people as possible, and called on the federal government to enact the Defense Production Act to push manufacturers to speed vaccine and supply production.

“What’s missing is supply. We need the federal government to step up and address these issues,” the mayor said at his Friday press conference.