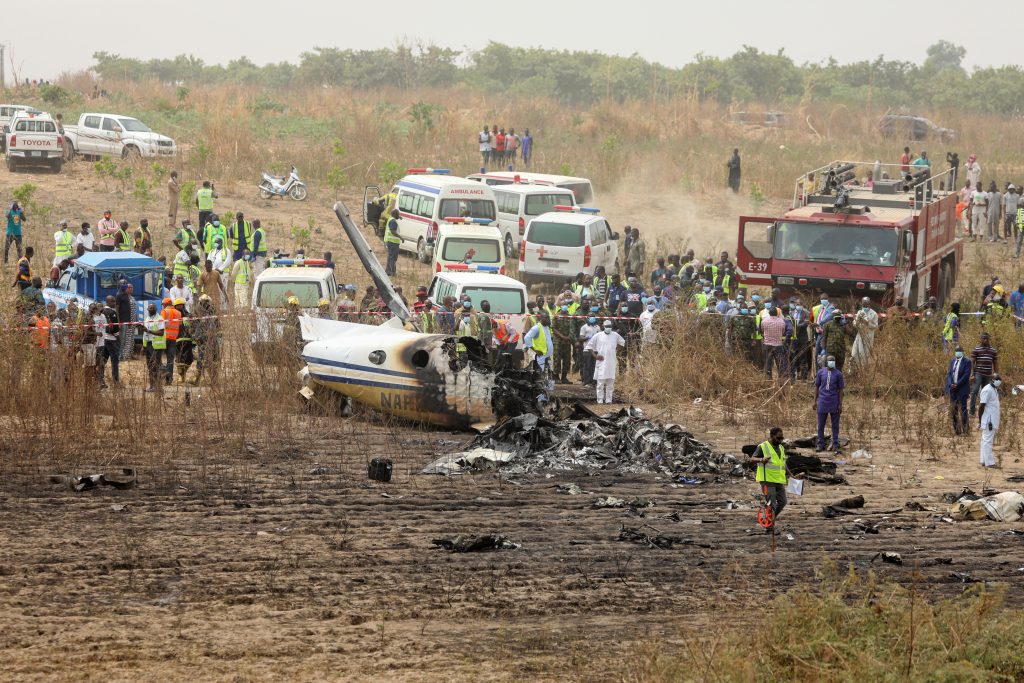 A small Nigerian air force passenger plane crashed just outside the Abuja airport due to engine failure on Sunday, killing all seven people on board, the air force said.

“First responders are at the scene. Sadly, all seven personnel on board died in the crash,” said air force spokesman Ibikunle Daramole said in a statement.

The Beechcraft KingAir B350i aircraft crashed while returning to the Abuja airport after reporting engine failure en route to Minna, he said. The city of Minna lies about 110 kilometers (68 miles) northwest of Abuja.

In scrubland just outside the airport perimeter, dozens of military and airport officials picked through the charred remnants of the airplane.

Fire engines and ambulances stood by. The smell of burning chemicals lingered in the air but no fire or smoke were visible, a Reuters witness said.