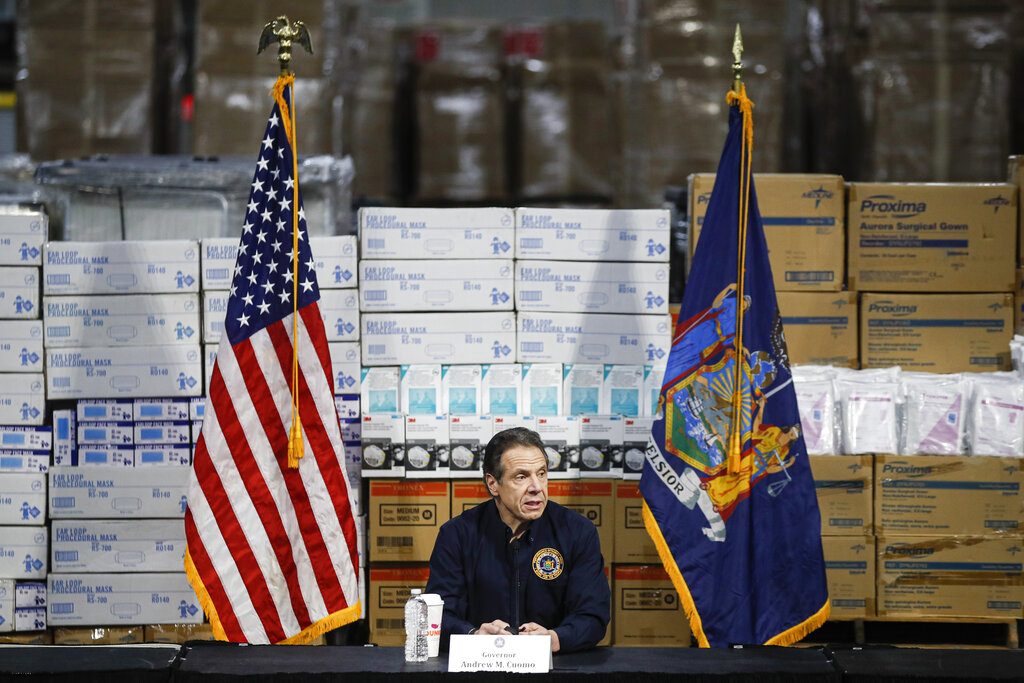 Gov. Andrew Cuomo and his health commissioner offered a full-throated defense Friday of their March decision to require nursing homes to accept patients recovering from COVID-19, saying it was the best option at the time to help free up desperately needed beds at the state’s hospitals.

“We made the right public health decision at the time. And faced with the same facts, we would make the same decision again,” said Health Commissioner Howard Zucker.

The Democratic governor has been increasingly under fire in recent weeks over his handling of the coronavirus pandemic in nursing homes last spring.

After months of dismissing criticism as baseless political theater, Cuomo said Friday he felt he needed to address it more forcefully because “lies” about his handling of the pandemic were angering and confusing people whose loved ones had died.

The state now acknowledges that at least 15,000 long-term care residents died, compared to a figure of 8,700 it had publicized as of late January that didn’t include residents who died after being transferred to hospitals.

Even fellow Democrats have assailed the Cuomo administration for waiting months to give a full accounting of deaths among nursing home and assisted living residents.

Critics say the decision to withhold the data was motivated by a political desire to protect Cuomo’s reputation as political star who helped lead the state out of a horrific surge in COVID-19 deaths last spring.

Questions also go back months about whether the state made a mistake in telling nursing homes on March 25 that they had to accept patients being discharged from hospitals after being treated for COVID-19.

The state ended that directive May 10, but Zucker said Friday that even in hindsight, he thought the policy saved more lives than it potentially cost.

Nearly 85,000 patients flooded into hospitals between March 25 and May 10, with the great majority in the New York City metropolitan area. The state’s number-one priority then, Zucker said, was freeing up hospital beds so patients wouldn’t die untreated.

For many elderly and frail patients who had recovered from the virus enough to be discharged, nursing homes were the only place they could go, Zucker said. If hospitals had been required to hold on to those patients, he said, “hospital beds that ended up saving lives would not have been available.”

Nursing homes, however, were also overwhelmed, and some say making them take on patients who might still be contagious possibly fueled outbreaks.

Zucker discounted that theory, pointing to a state analysis that found the virus was already circulating in nearly all of the homes that accepted a recovering COVID-19 patient before that patient was admitted.

The state has blamed the bulk of nursing home outbreaks on infections among staff, who they say then spread it to patients.

The U.S. Department of Justice’s Civil Division has, since the summer, been examining the state’s handling of COVID-19 outbreaks in nursing homes.

And in recent days, the FBI and U.S. attorney’s office in Brooklyn opened a related inquiry, a law enforcement official familiar with the matter told The Associated Press. The official was not authorized to discuss the ongoing inquiry and spoke on the condition of anonymity.

The new inquiry, the official said, was prompted by comments made last week by Cuomo’s top aide, Melissa DeRosa. She told Democratic lawmakers the administration had delayed releasing data to the legislature about nursing home deaths because officials “froze” over worries the information was “going to be used against us” amid the Justice Department investigation and criticism by former President Donald Trump.

Details on what potential crime officials are investigating haven’t been disclosed. But the Cuomo administration could face legal problems if it gave false information to Justice Department investigators or withheld records to obstruct the inquiry.

The state Department of Health declined to say whether it’s been contacted or received any subpoenas as part of the criminal inquiry. State officials have been adamant that the information they gave was truthful and provided in as timely a fashion as possible, but haven’t provided a full timeline.

“As we have said publicly, DOJ has been looking into this for months,” said Gary Holmes, a state Department of Health spokesperson. “We have been cooperating with them and we will continue to do so. We will have no further comment on this matter.”

Cuomo released legislation Friday that he says would cap how much nursing homes can make in profit and pay their leaders. His proposed reforms didn’t include changes sought by several Democrats to repeal a law that provides hospitals and nursing homes liability protections during the COVID-19 pandemic.