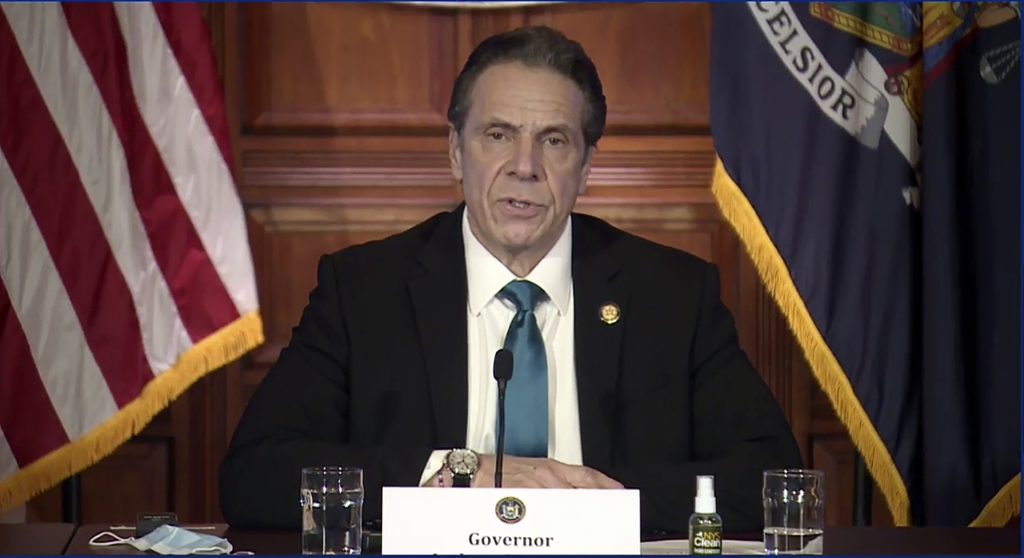 The U.S. Department of Justice’s Civil Division has been examining the state’s handling of COVID-19 outbreaks in nursing homes.

In recent days, the FBI and U.S. attorney’s office in Brooklyn opened a related inquiry, a law enforcement official familiar with the matter told The Associated Press. The official was not authorized to discuss the ongoing inquiry and spoke on the condition of anonymity.

The new inquiry, the official said, was prompted by comments made last week by Cuomo’s top aide, Melissa DeRosa. She told Democratic lawmakers the administration had delayed releasing data to the legislature about nursing home deaths because officials “froze” over worries the information was “going to be used against us” amid the Justice Department investigation and criticism by former President Donald Trump.

Details on what potential crime officials are investigating haven’t been disclosed. But the Cuomo administration could face legal problems if it gave false information to Justice Department investigators or withheld records to obstruct the inquiry.

The state Department of Health declined to say whether it’s been contacted or received any subpoenas as part of the criminal inquiry. State officials have been adamant that the information they gave was truthful and provided in as timely a fashion as possible, but haven’t provided a full timeline.

“As we have said publicly, DOJ has been looking into this for months,” said Gary Holmes, a state Department of Health spokesperson. “We have been cooperating with them and we will continue to do so. We will have no further comment on this matter.”

Cuomo released legislation Friday that he says would cap how much nursing homes can make in profit and pay their leaders. His proposed reforms didn’t include changes sought by several Democrats to repeal a law that provides hospitals and nursing homes liability protections during the COVID-19 pandemic.