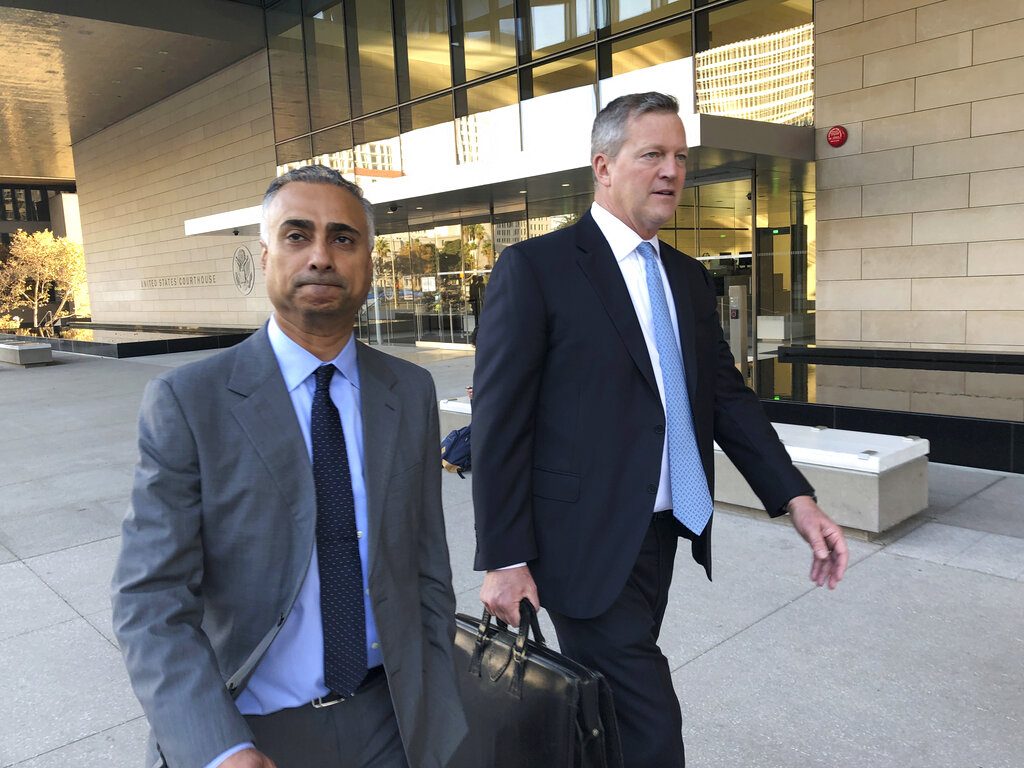 A once high-flying political fundraiser who prosecutors say gave illegal campaign contributions to Joe Biden, Lindsey Graham and a host of other U.S. politicians while secretly working for foreign governments is set to be sentenced Thursday.

Imaad Zuberi is scheduled to appear in U.S. District Court in Los Angeles more than a year after he pleaded guilty to charges of tax evasion, campaign finance violations and failing to register as a foreign agent.

Prosecutors want the California businessman to spend at least a decade in prison, saying the scope of his campaign finance and foreign influence related crimes — including unregistered lobbying for governments with spotty human rights records like Sri Lanka and Turkey as well as a Ukrainian oligarch close to Russian President Vladimir Putin — is unprecedented.

Zuberi, 50, contends his wrongdoing was limited and that his punishment should be much lighter, pointing to his cooperation with law enforcement and more than $10 million he has paid in restitution.
The sentencing comes just days after hundreds of pages of previously sealed court filings in the case were made public at the behest of The Associated Press and other media organizations.

The trove of court documents offered new details about how prosecutors unraveled Zuberi’s scheme and also include photographs of him rubbing shoulders with then-Vice President Biden and other prominent officeholders.

The court filings also confirm that Zuberi, in an effort to mitigate his sentence, filed classified information into the court record detailing what his attorneys described as a decade of “cooperation and assistance to this country.” Zuberi, a Pakistani-American who has extensive business dealings overseas, was in frequent contact with a CIA officer over the years and bragged to associates of his ties to the intelligence community, the AP reported last year.

The classified information remains under seal. But Zuberi’s attorneys have asked U.S. District Judge Virginia Phillips to credit him for a list of law enforcement leads and intelligence he provided to the federal government, according to people familiar with the records.

Zuberi had been planning to assist federal authorities in a corruption investigation of an unnamed mayor in California, his attorneys wrote in a newly unsealed memo. He was even “preparing at an FBI office for a recorded conversation” when that effort was called off after news broke that federal prosecutors in New York were investigating the $900,000 contribution Zuberi made to former President Donald Trump’s inaugural committee, the records say. Zuberi has admitted obstructing that federal investigation.

Portions of the newly unsealed documents were redacted, in part, because of ongoing criminal investigations. Prosecutors revealed last year that there is an investigation into Zuberi’s ties to Qatar.

Zuberi secretly lobbied the Trump White House and Congress on behalf of the small gas-rich monarchy, which has paid him $9.8 million, prosecutors have alleged in court papers.

These documents also demonstrate how Zuberi built a widespread network of contacts, thanks in part to his prodigious political giving. That included six-figure donations to the Obama-Biden ticket in 2012 and Hillary Clinton’s presidential campaign in 2016.

No one who accepted tainted money from Zuberi has been accused of wrongdoing, and Biden, through a spokesman, has said he had no knowledge of Zuberi’s illegal acts when they met, mostly at donor roundtables when Biden was vice president.

Emails obtained by the AP show Zuberi sought Clark’s help for work related to a company owned by Dmitry Firtash, a Putin-friendly oligarch fighting extradition to the United States on federal bribery and racketeering charges. Prosecutors say Zuberi made $1 million doing unregistered lobbying work for Firtash. Zuberi has said the money was for legitimate business transactions.