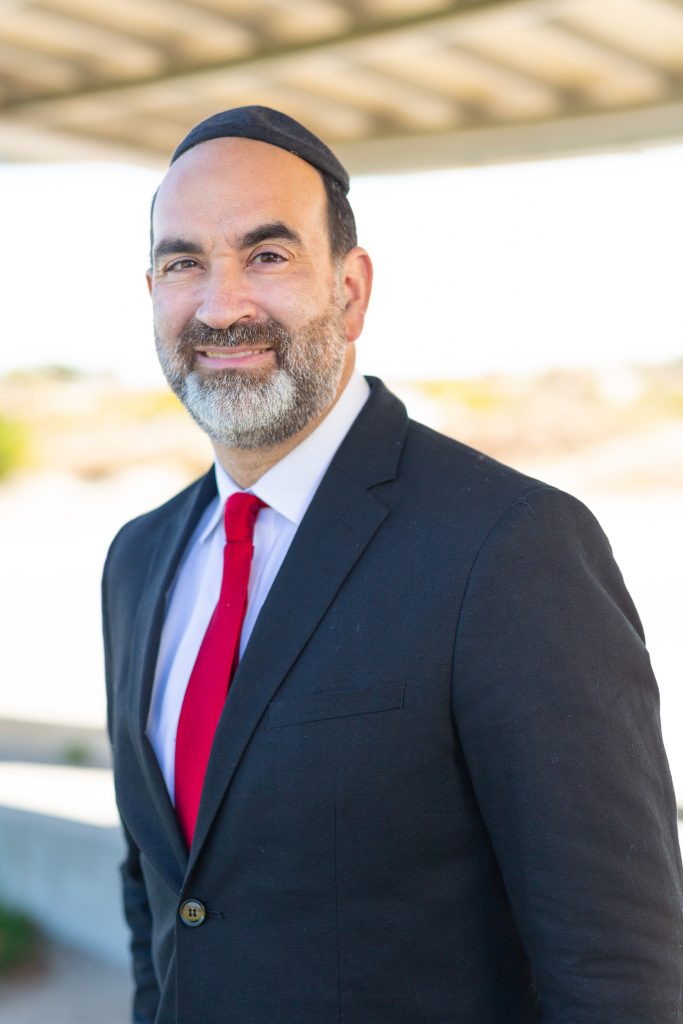 Early voting is underway for a special election in the New York City Council’s 31st District, where an Orthodox Jew, Pesach Osina, is one of nine candidates vying for the Southeastern Queens seat that includes Far Rockaway.

Osina, who works as an event coordinator in the hospitality industry, has been a community activist for years, including as a board member of the Jewish Community Council of the Rockway Peninsula, a founding member of the Rockaway Community Emergency Response Team, and an executive at Regional Ready Rockaway. He has worked in local politics as a member of Mayor Mike Bloomberg’s Queens outreach team, as a community liaison for the State Assembly and City Council, and as Queens Borough Director for the City Comptroller Scott Stringer.

Raised in Bensonhurst, Brooklyn and then Chicago, Osina moved to Far Rockaway more than two decades ago when he married his wife, who is from the area.

“I’m a resident of the district, my family lives here,” Osina told Hamodia by phone Wednesday, while working on the get-out-the-vote effort. “I want the best for myself, my family and for every resident here in the district. And that’s really why I’m running. I’m running because when there’s unity, there’s strength. One pastor told me that although we might have different values or we might have different faiths, we are all still part of one district. And that’s why I’m running — to ensure that we stand stronger together, and that there are no more choices without our voices.”

Additionally, Osina says, the Rockaways suffer from a dearth of health-care facilities.

“Health care doesn’t exist out here in the Rockaways. You have one hospital that has 177 beds for the entire Peninsula,” he says. I believe the last time I checked there were 26 beds available.” Osina says he will work to “come up with a public-private partnership to create a better health care system for the residents of the district.”

Osina ran in 2013 Council in the same district, which also includes neighborhoods like Arverne, Brookville, Edgemere, Laurelton, Rosedale and Springfield Gardens, and which currently is 68% black and 16% Hispanic, according to Gotham Gazette. Osina garnered over 28% of the vote in a seven-candidate race — nearly winning an election in which voters split 71% of the vote among six black candidates; he came in second place, losing by just 79 votes to Donovan Richards, who was re-elected in 2017. With Richards winning election last November as Queens Borough President, Osina is running again in this special election for the open seat, against six black and two Hispanic candidates.

One big difference between the 2013 and 2021 is the recent institution of ranked-choice voting. (Voters rank their top five candidates in order. If one candidate receives more than 50% of first place votes, he or she is the winner. If no candidates receive more than 50% of first place votes, counting continues in rounds: in each round, the candidate with the fewest votes is eliminated. If a voter’s top-ranked candidate is eliminated, that voter’s vote then goes to the next-highest-ranked candidate on the voter’s ballot. The process continues until there are only two candidates left, and the candidate with the most votes wins. Further info available at http://nyccfb.info/nyc-votes/ranked-choice-voting/ )

While ranked-choice voting would appear to disfavor a candidate like Pesach Osina, eliminating the possibility of him doing what he nearly did in 2013 by sneaking a victory with under 29% of the vote, one community activist who spoke with Hamodia on condition of anonymity said that candidates can make ranked-choice voting actually work to their benefit, by building strategic and cross-endorsement alliances while maintaining relationships with other leading candidates. Osina told Hamodia that ranked-choice voting “allows me to continue building the bridges and working with the stakeholders that I’ve been working with so long up until now. Previously, if a Democratic club or a civic organization endorsed a specific candidate because that candidate was working together with that group, you might say, why reach out to them again? But ranked-choice voting gives me the opportunity to continue working with the diverse coalition, stakeholders and civic leaders that I’ve been working with for years.”

Early voting in the race continues through Sunday; Election Day itself is Tuesday, Feb. 23.

As he spoke with Hamodia on Wednesday, Osina was busy with the get-out-the-vote effort at early voting sites, emphasizing to community members the importance of each vote.

“The election in 2013 was decided by 79 votes. And we recently saw Melinda Katz win a Queens district attorney race decided by 55 votes,” says the Council candidate. “We know that everyone’s voice, everyone’s vote makes a difference.”

This will be the second election using New York City’s ranked-choice voting system. In the first, a Council race in Central Queens earlier this month, ranked choice did not affect the outcome, as James Gennaro won more than 50% of first-place votes.

Whoever wins the election,will not have much time to legislate or celebrate before getting right back on the campaign trail, as he or she will have to run again in the primary election this June and general election in November.