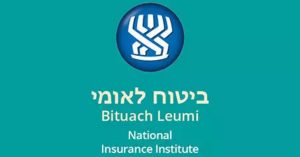 Israel’s National Insurance Institute (Bituach Leumi) earlier this year paid out almost a billion shekels in unemployment benefits to people who weren’t eligible, and now is trying to get the money back.

Payments averaging NIS 2,400 were sent to about 382,000 people who had gone back to work and were no longer entitled to the benefits, altogether about 920 million shekels, Bituach Leumi said. The payouts were made in the first months of the pandemic when large numbers of Israelis—about a million at its peak—were thrown out of work by state-ordered shutdowns.

Normally, the system requires recipients to check in with the National Employment Service once a week to confirm that they are still looking for work. However, as the jobless rate soared and due to concerns over spreading infection in in-person appearances, applicants were allowed to report online. Apparently, the database would keep a person’s status as unemployed unless he or she manually reported a return to work – which was often not done.

This resulted in many people receiving money wrongfully, and also caused a distortion in the statistics on unemployment used by officials in policy planning.

Now, Bituach Leumi wants the money returned. It has begun contacting the recipients in question to notify them of their obligation to pay it back. No penalties or legal action are threatened as yet.

As usual, it was hard to pin down the blame. Bituach Leumi Director-General Meir Spiegler contended that it was the responsibility of the National Employment Service to provide them with accurate information; National Employment Service head Rami Graur insisted that it is Bituach Leumi’s job to verify who is eligible for social benefits, according to Ynet.