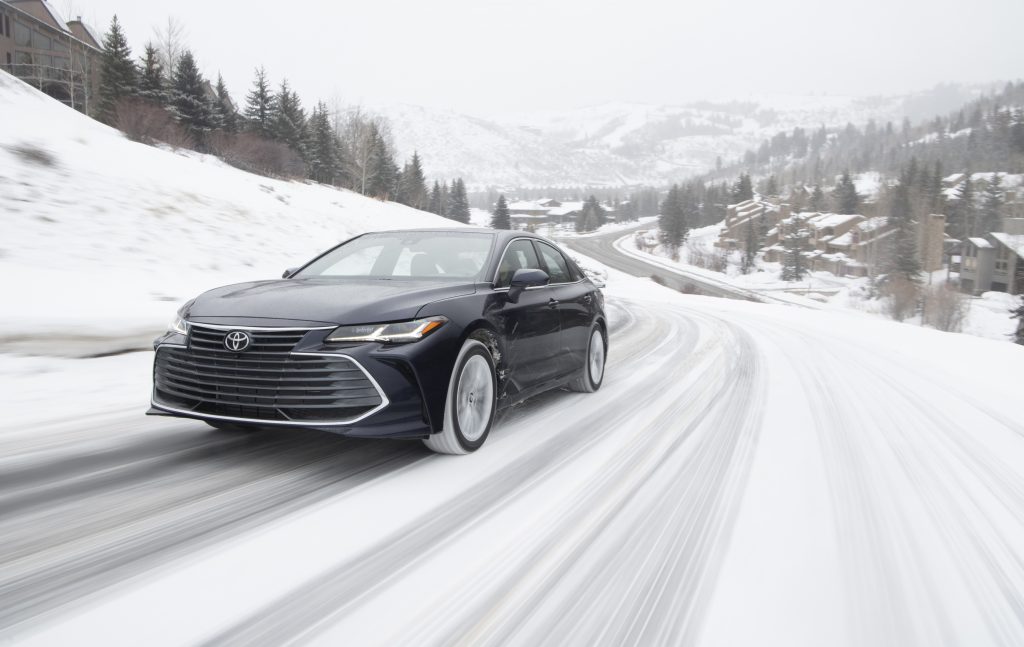 It’s hard to miss the Toyota Avalon. It’s the sedan with the biggest grille on the planet.

How big is the Avalon’s grille? On the car ferry across Seattle’s Puget Sound, two whale-watchers mistakenly identified it as a humpback whale. In the Seattle Seahawk stadium parking lot, two fans asked if they could cook brats on it. Parked next to a mega-grille Lexus RX350, you won’t notice the Lexus.

I get it. Mainstream sedans need to stand out in an SUV-dominated world, and the Avalon demands attention. It’s a strategy followed by Avalon’s close competitor, the VW Arteon sedan. Indeed, the stunning, all-wheel-drive Arteon gives a comparable Audi A6 a real run for its money. More affordable. More hatchback cargo room. More powerful turbo engine.

Speaking of intra-family squabbles, the Avalon demands attention next to its luxury sibling, Lexus. Because Avalon’s fancy face is just the beginning.

“You brought a Lexus,” said my son as I rolled up to his Seattle apartment for a visit.

But it’s the ergonomics that seal the deal. Perched high on the dash, the tablet infotainment screen is operated by touch, a vast improvement over Lexus’ cursed, mouse pad-controlled system. Operating it will drive you to drink. Mrs. Payne did not much like last Lexus I drove.

She much preferred the Toyota. Quick to the touch, easy-to-use buttons, Apple CarPlay and Android Auto for navigation. She didn’t spend much time in the front seats, though. The palatial rear thrones were outfitted with seat warmers — perfect for blustery, drizzly Seattle weather — and my son and I toured mom around town like she was royalty.

Bordered by warm Pacific waters, Seattle is hardly a challenging winter climate. Snow is rare, but as you head east into the Cascade Mountains, the white stuff threatens. Just like in Michigan, all-wheel drive is a good thing to have.

I headed south down I-5 to PGP Motorsports Park. But not to do any four-wheel drifting in the Avalon.

My drifting would all take place on Pacifica’s go-kart track. In Honda-powered Birel karts. On a wet course (is there ever a dry day in Seattle?). No, the Avalon is a sedan for transport — not for fun.

“This looks like something I would be picked up in for work,” continued my businessman son. Or to ferry the family to the go-kart track.

No one will mistake it for an athlete, but the 16-foot-long Avalon benefits from sitting on Toyota’s versatile TNGA chassis, shared with Camrys, Corollas, even Highlander SUVs. Seattle has rollercoaster streets like San Francisco, but the big sedan never felt out of place. That’s a big plus in a world where high center-of-gravity crossovers can often feel disconnected from the road.

Climbing the on-ramp to I-5 South, I jumped on the throttle, and … the four-cylinder engine under the hood shouted back. Yes, a four-banger in a full-size sedan.

I’ve grown accustomed to Toyota’s ubiquitous V-6 over the years (it’s available in the Avalon, too, but only with front-wheel drive), so the 2.5-liter four is a surprise. With 205 horses, it never labored to carry the Avalon’s fit, 3,700-pound body.

It’s an engine shared with the Lexus ES250, so for that $3,800 savings you get the same drivetrain paired with Toyota’s superior infotainment interface. Typical of Toyota, Avalon is stuffed with standard goodies: blind-spot display, adaptive cruise-control, automatic brake-assist.

I relied on them all. With the car keeping an eye on blind spots behind and monitoring vehicles ahead, the round-trip to Pacifica was effortless. Avalon boasts about 400 miles of range, and I never filled up in my five days of hustling around Metro Seattle. The city has a healthy electric-car culture, and a comparably sized all-wheel drive Tesla Model S Long-Range Plus also boasts 400 miles of range. But it will set you back $72,120.

In Seattle’s gridded streets, parallel parking is essential. The Avalon has park-assist sentries to aid its long body. Avalon does not (ahem) have a hands-free automatic park feature — but it does automatically brake when you get too close to another car’s bumper.

Avalon will be outsold 10-to-1 by Toyota’s flagship Highlander SUV this year. But if you think outside the SUV box, Avalon gives up nothing in rear cargo room (16 cubic feet like Highlander), and offers a more dynamic ride.

And a waaaay bigger grille.