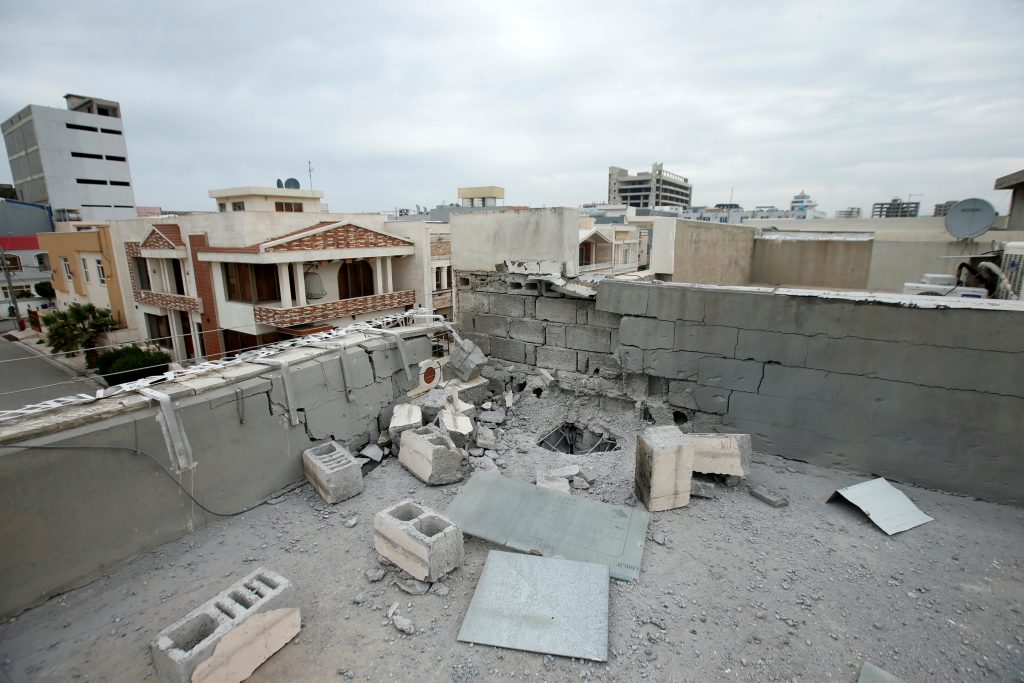 A rocket attack on U.S.-led forces in northern Iraq killed a civilian contractor on Monday and injured a U.S. service member, the U.S. coalition in Iraq said, in the deadliest such attack in almost a year.

The rockets landed in and around a military airbase operated by the coalition at Erbil International Airport.

The coalition spokesman tweeted on Tuesday that the dead contractor was not American, but did not elaborate. He said three 107 mm rockets had landed inside the base.

Of the nine other people hurt, eight were civilian contractors and one a U.S. service member, a coalition spokesman said. A U.S. official who declined to be named said the U.S. serviceman suffered a concussion.

The attack, claimed by a little-known group that some Iraqi officials say has links with Iran, raises tensions as Washington explores some degree of detente with Iran.

A group calling itself Saraya Awliya al-Dam claimed responsibility for the Erbil attack, saying it was aimed at the “American occupation” in Iraq, but provided no evidence.

In a statement, Blinken said he had contacted Kurdistan Regional Government Prime Minister Masrour Barzani to “pledge our support for all efforts to investigate and hold accountable those responsible.”