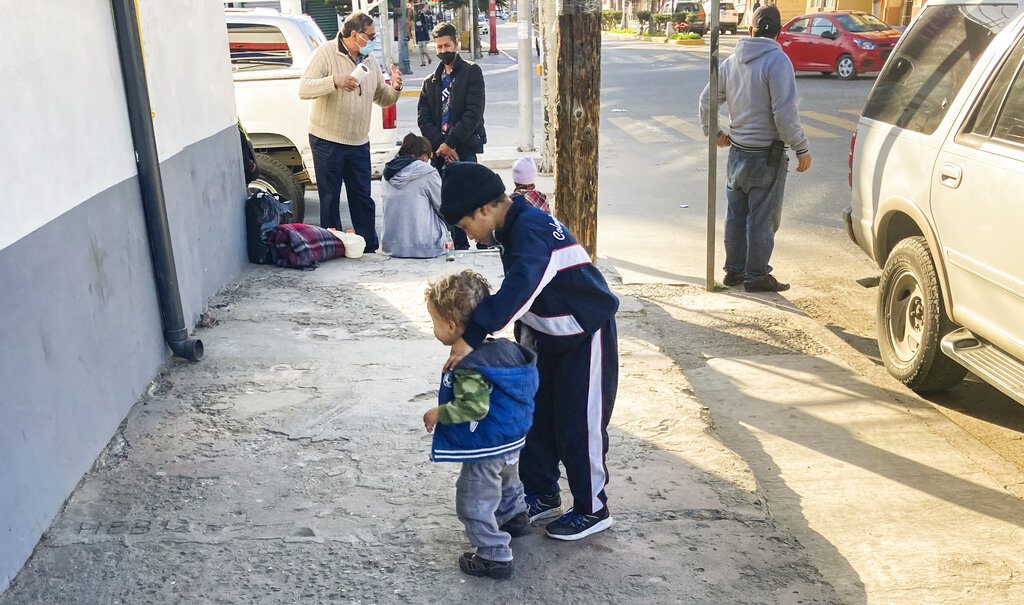 After a week-long bus ride from Honduras, Isabel Osorio Medina arrived in northern Mexico with the hope that President Joe Biden would make it easier for people like him to get into the United States.

“It seems the new president wants to help migrants,” Osorio said as he got ready to check into a cheap hotel in downtown Tijuana before heading to the U.S. “They’re saying he is going to help, but I don’t know for sure how much is true or not.”

The 63-year-old is among thousands of people who have come to the U.S.-Mexico border with the hope they will be able to ask for asylum and make their way into the U.S. now that former President Donald Trump is no longer in office.

While Biden has taken some major steps in his first weeks in office to reverse Trump’s hard-line immigration policies, his administration hasn’t lifted some of the most significant barriers to asylum-seekers.

In fact, it’s discouraging people from coming to the country, hoping to avoid what happened under both Trump and former President Barack Obama — border agents getting overwhelmed by migrants, including many Central Americans with children.

“Now is not the time to come,” White House press secretary Jen Psaki said at a recent briefing, “and the vast majority of people will be turned away.”

Secretary of State Antony Blinken struck a similar tone on Feb. 6 as he announced official steps to end Trump-era agreements with Honduras, El Salvador and Guatemala that required many asylum-seekers to seek refuge in one of those countries instead of the U.S.

“To be clear, these actions do not mean that the U.S. border is open,” Blinken said. “While we are committed to expanding legal pathways for protection and opportunity here and in the region, the United States is a country with borders and laws that must be enforced.”

The Biden administration has signed several executive orders on immigration, including allowing in more refugees and establishing a task force to find the parents of about 600 children who were separated under Trump and still haven’t been reunited.

Alan Bersin, who held top positions dealing with border security during the Clinton and Obama administrations, warned that Biden is headed for a crisis if he releases all asylum-seekers into the United States in the short term.

Jon Feere, a senior adviser to ICE under Trump, said such moves are part of a larger pattern that the Biden administration will come to regret.

“When you send the message that you are not serious about immigration enforcement, you can’t act surprised when you see a massive influx of people that you have to manage,” he said.