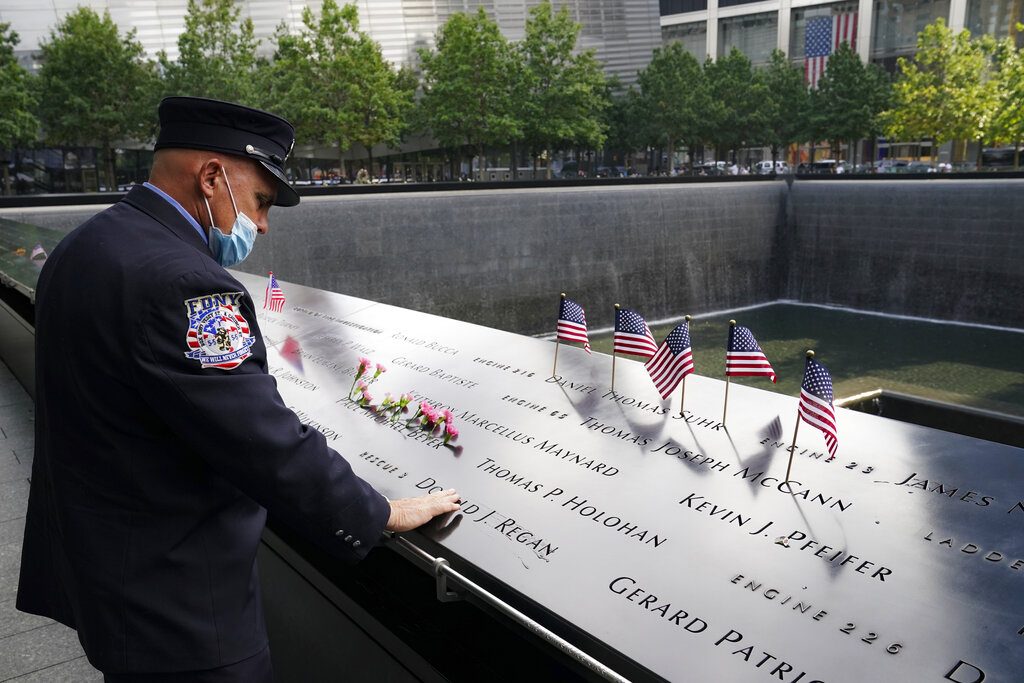 Among those with preexisting conditions now eligible for the coronavirus vaccine in New York are 9/11 responders, whose hours and days spent toiling among toxic fumes and wreckage in Ground Zero have left them with lifelong health issues.

The police officers, firefighters, EMTs and volunteers who rushed to the site of the disaster the day of and for months after the tragedy were assured by the government the air was safe. But it wasn’t.

Many first responders have suffered from cancer and respiratory illness, and many have passed away after years of illness.

Luis Alvarez, a NYPD detective who spent three months on Ground Zero, shocked the country in 2019 when he appeared before Congress to urge them to extend benefits to first responders.  Alvarez, who had been a heavyset and muscular police officer, had undergone 69 rounds of chemotherapy and was so frail his clothes hung on his frame and he needed help standing. Alvarez passed away at age 53 several weeks later, nearly eighteen years after he toiled in the toxic rubble.

For those suffering from such conditions that leave them weak and their immune systems compromised, the coronavirus would be life-threatening. Many feel the government should be doing more to to aid them with their medical needs and the financial and emotional tolls, as a way of acknowledging their heroism. At least 60 first responders have died of coronavirus complications, first responder and community advocate John Feal told WCBS 880.

“Hope and help are on the way,” said Manhattan Congresswoman Carolyn Maloney in a statement. A co-founder of the bipartisan House 9/11 Commission Caucus, she has been heavily involved in 9/11 memorials, education, and aiding first responders. She had been calling on the federal government to include 9/11 first responders in prioritized groups.

“Many of them have been sick for the last two decades,” she said. “They were there for us; we should be there for them.”