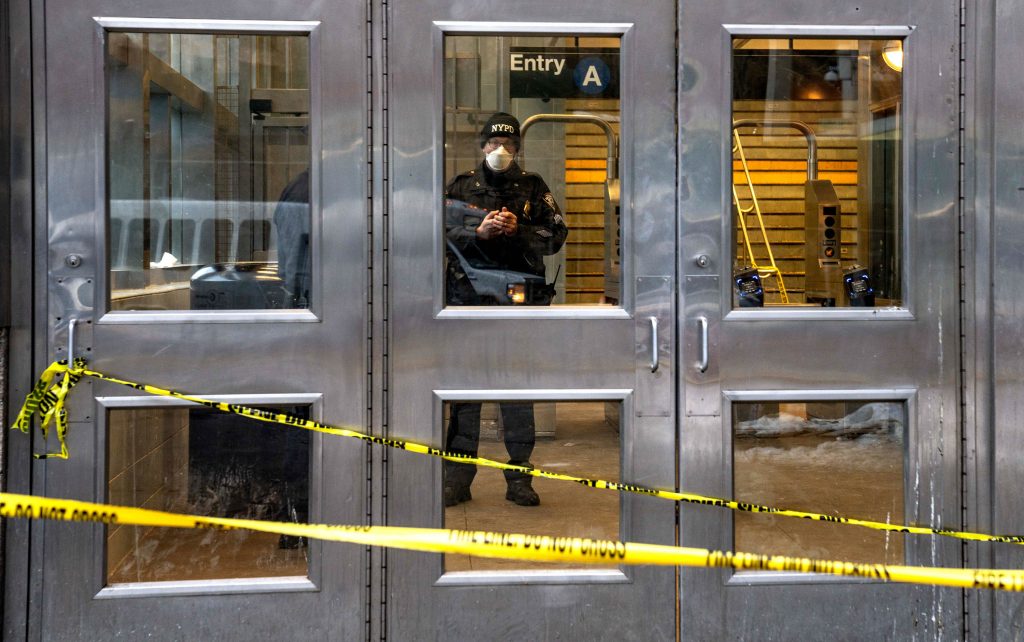 A mentally ill man accused of murdering two people on a grisly A train stabbing spree and seriously wounding two others was ordered held without bail on Monday.

All of the victims were homeless and relying on the subway system for shelter.

Rigoberto Lopez, 21, was taken into custody Saturday night at W. 186th Street and Audubon Avenue in Washington Heights after hundreds of police officers were deployed to keep the public safe and find the mystery killer. Lopez was charged with murder and attempted murder Sunday afternoon.

The first attack happened in upper Manhattan’s Hudson Heights neighborhood around 11:20 a.m. Friday. Lopez allegedly stabbed a 67-year-old homeless man in the right knee and on his left side as the victim sat in a walker inside the 181st St./Fort Washington Ave. station.

About 12 hours later, the second victim was discovered dead stabbed numerous times in the neck inside a blood-spattered subway car idling at the Mott Ave./Far Rockaway station at 11:32 p.m.

Less than an hour and a half later, back on the other side of the city, a third victim in the spree was discovered dead under a train seat at the Inwood/207th St. station. Manhattan prosecutors said Lopez stabbed the 44-year-old woman seven times in her chest, abdomen, and arm.

“She was discovered at 207th St. dead in a pool of blood,” Peterson said in court.

Lopez then rode the A train to Fort Washington, where he encountered his fourth and final victim sleeping on a stairwell, according to prosecutors.

“The defendant took out the same knife he had used in the other incidents and stabbed this man in the back,” the prosecutor said.

Lopez was arrested with a knife about six hours later, wearing the same clothing he was seen in on surveillance video viewed by cops, Peterson said.

“At that time, the defendant admitted to all four of these incidents,” Peterson said. “He also indicated that the knife in his possession was the murder weapon.”

Lopez’s defense attorney reserved making a bail application. Lopez is due back in court Tuesday.

In an interview with the New York Daily News, Lopez’s sister Lizbeth Astwood, 27, acknowledged her brother suffered from mental illness but said she did not believe him to be homicidal.

“I want to wake up tomorrow and see that this is all confused,” she said. “Because I can’t believe this is my brother that did those things. That’s not how he acts.”