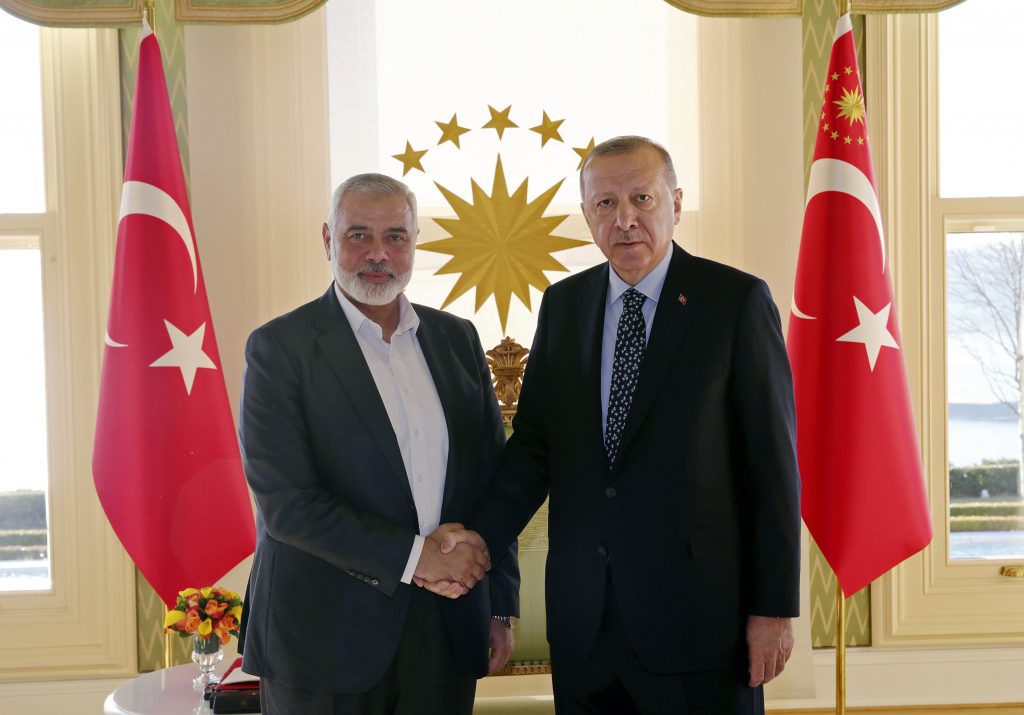 The Shin Bet and the Defense Ministry announced on Monday that they have blocked the transfer of more than $100,000 worth of Turkish merchandise and money intended to fund Hamas.

The operation was carried out by the National Bureau for Counter Terror Financing in the ministry, the Shin Bet and the Customs Authority.

Defense Minister Benny Gantz signed Monday morning seizure orders on $121,000 worth of merchandise that were transferred via commercial companies from Turkey to Hamas terrorists.

“We will continue to be relentless on terror and track down its infrastructure anywhere it exists – in Israel or beyond,” Gantz said in a statement released by the Defense Ministry.

“I commend the ongoing work of the NBCTF at the Defense Ministry, along with the Shin Bet and Customs and all of our security agencies, who work together day in and day out to prevent funds and resources from reaching terror organizations.”

Hamas has an official office building in Istanbul, which deals mainly with fundraising, and Israel has, on multiple occasions, demanded Turkey boot the terrorist organization out of the country.

In January, amid reports that Turkey’s President Recep Tayyip Erdogan was seeking to thaw relations with Yerushalayim, Israel reportedly conditioned any change of ties with the closure of Hamas’s operations in Istanbul.

Moreover, a Times report in October 2020 suggested that the Gaza-ruling faction formed a secret base in Istanbul about two years ago, from which it carried out cyberattacks against its enemies.

According to the report, the cyber headquarters were set up without the knowledge of the Turkish government and is run by Hamas’s military wing in Gaza.