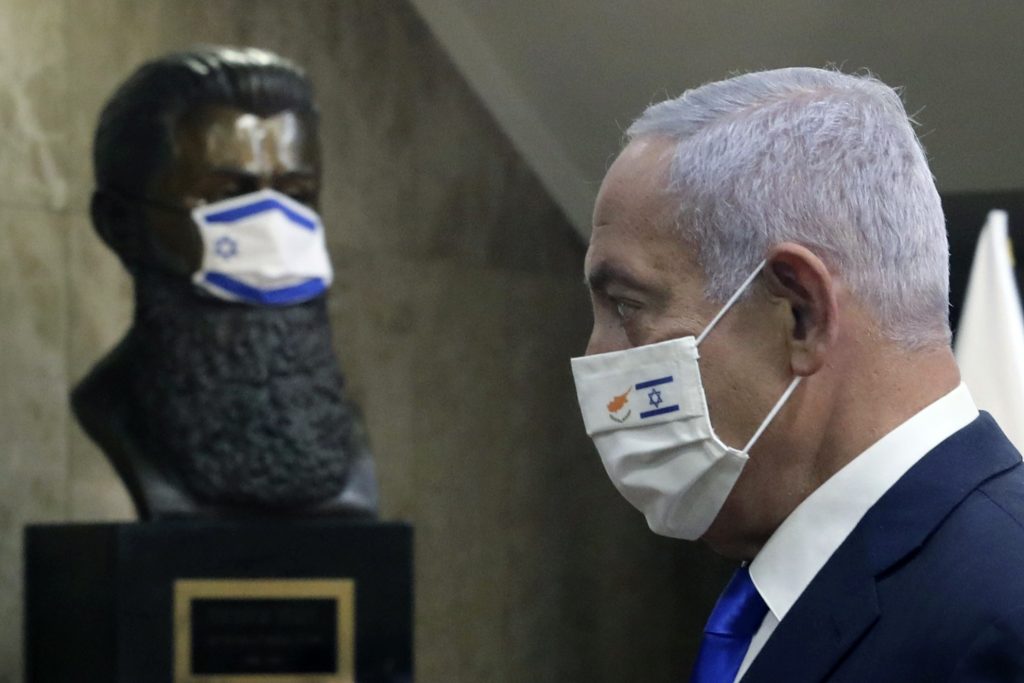 Despite the persistent bickering that delayed decisions the day before, the corona cabinet on Monday managed to agree to a partial lifting of the lockdown as of next Sunday, according to media reports, though no official word has come through yet.

It represents a compromise between the health officials’ position that they should wait for Tuesday, versus Blue and White’s demand to start reopening this week.

Hotels, gyms, pools, cultural and sports events will be allowed to reopen subject to the “green badge” system, allowing access only to vaccinated and tested-negative individuals.

Malls, stores, libraries, museums and open-air markets can reopen under purple ribbon standards, which requires masks and social distancing regardless of the customers’ vaccination status.

As of the upcoming Shabbos, shuls are being given a choice between allowing in 50% of their capacity for green passport holders, or with a limit of ten mispallelim indoors and 20 outdoors.

Regarding Purim, festival meals will be limited to nuclear family members or to host only fully vaccinated people or people who have recovered from the virus – those eligible for the green passport, according to The Jerusalem Post.

Prime Minister Binyamin Netanyahu said that “in the second stage, about two weeks later, we will allow additional openings.”

“We will also have to make a decision about special restrictions regarding Purim,” he added. “Hopefully we can reach a decision on all these issues today, or tomorrow at the latest.”

Netanyahu and Gantz were again at each other’s throats. The PM accused the Blue and White party of holding up a proposal he made in January for financial assistance to all of the country’s citizens.

Gantz shot back: “We are not stopping an economic plan, we are stopping vote-buying.”

There was also a confrontation between Education Minister Yoav Gallant and the Health Ministry over the schedule for reopening schools.

Gallant called for opening the education system for all age groups in “green” and “yellow” cities, which have the lowest infection rates, and for the move to be the first step of the exit plan.

“There is no reason to leave any student at home in those cities,” he said, adducing statistics showing that the virus does not spread in the education system.

Currently, only daycares and grades 1-4 in green, yellow and light orange areas have in-person learning, leaving some two million students at home. Grades 5-6 and 11-12, which were set to resume regular classrooms on February 23, got a go-ahead for those grades in green and yellow cities for Sunday.

However, there were dissenting views.

Coronavirus commissioner Prof. Nachman Ash told the ministers that he was opposed to the reopening plan amid more than 5,000 new virus cases being diagnosed every day and close to 1,000 people still hospitalized in serious condition, Ynet reported.

He said that if anyone had told him two months ago that the country would be reopening with such levels of contagion, he would have called them crazy.

“An irresponsible opening of the economy will lead to another lockdown,” Ash warned, asking ministers whether they thought such a scenario would be good for the country.

By contrast, on Sunday, Finance Minister Yisrael Katz emerged from that day’s cabinet meeting with the assurance that this would be the last lockdown, and the country was on a steady course to normalcy.