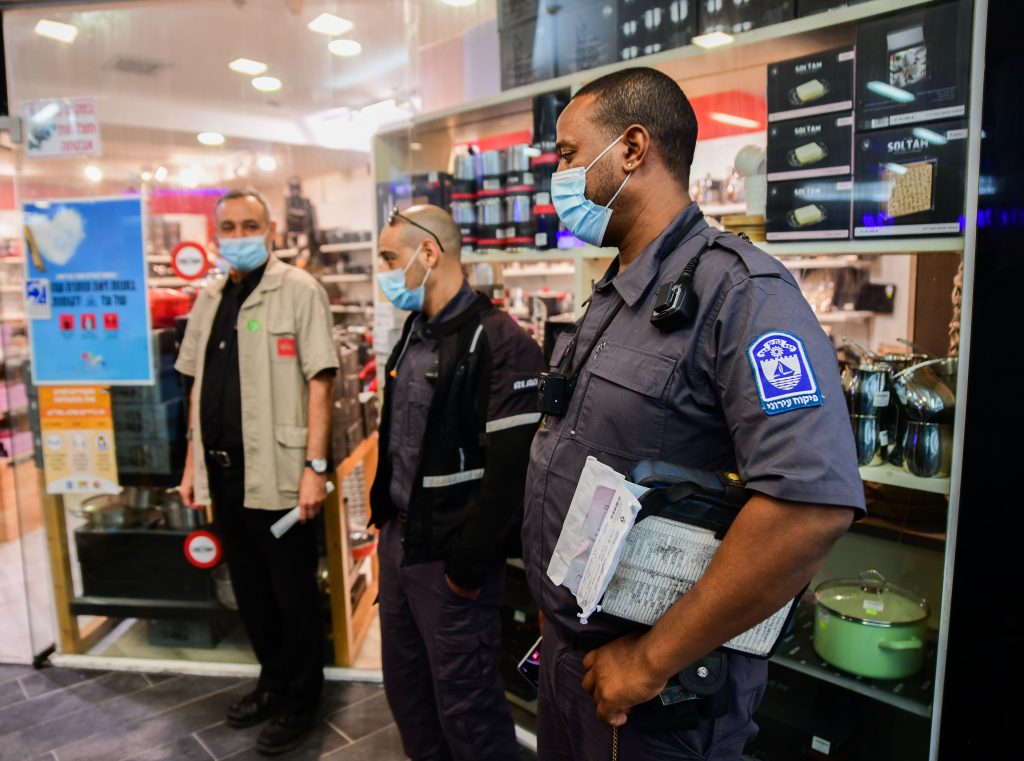 Three large shopping malls made their own exit from the lockdown on Thursday in defiance of the ongoing restrictions.

Police arrived, as they warned they would on Wednesday, to order the stores in Bat Yam, Petach Tikva and the northern city of Karmiel to close up. But they did not issue fines, according to media reports.

The defiant move was called by a forum that represents over 400 mall owners, chain stores, small businesses, and executives from the restaurant, tourism, hotel, and entertainment industries. However, most of the businesses in the forum did not try to reopen.

Afterwards, the forum sent a letter to Public Security Minister Amir Ohana and Israel Police chief Kobi Shabtai, notifying them that they were petitioning the High Court against what they claim is selective enforcement, The Times of Israel reported.

“After hearing the prime minister demand aggressively enforcing [the lockdown on] only us, and after turning a blind eye to funerals and mass weddings in other sectors, we see that the government has decided to continue to discriminate against us,” the forum said in a statement. “We will not allow the prime minister to sentence to death hundreds of thousands of ailing businesses.”