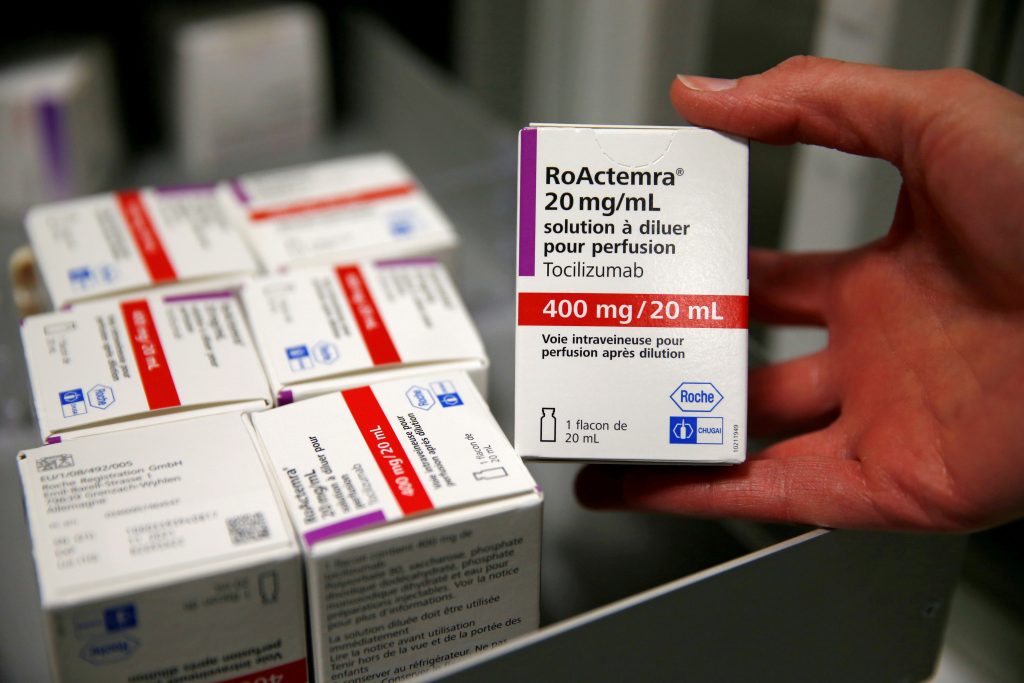 Roche’s arthritis drug tocilizumab cuts the risk of death among patients hospitalised with severe COVID-19, also shortening the time to recovery and reducing the need for mechanical ventilation, results of a large trial showed on Thursday.

The findings – from the RECOVERY trial, which has been testing a range of potential treatments for COVID-19 since March 2020 – should help clear up confusion about the potential benefits of tocilizumab for COVID-19 patients after a slew of recent mixed trial results.

“We now know that the benefits of tocilizumab extend to all COVID patients with low oxygen levels and significant inflammation,” said Peter Horby, a professor of emerging infectious diseases at Oxford University and the joint lead investigator on the RECOVERY trial.

In June last year, the RECOVERY trial found that the cheap and widely available steroid dexamethasone reduced death rates by around a third among the most severely ill COVID-19 patients. That drug has since rapidly became part of standard-of-care recommended for severe patients.

Tocilizumab, sold under the brand name Actemra, is an intravenous anti-inflammatory monoclonal antibody used to treat rheumatoid arthritis. It was added to the trial in April 2020 for patients with COVID-19 who required oxygen and had evidence of inflammation.

The study data were from 2,022 COVID-19 patients randomly allocated to receive tocilizumab by intravenous infusion and compared with 2,094 patients getting usual care alone. Researchers said 82% of all patients were taking a systemic steroid such as dexamethasone.

This translates to an absolute difference of 4% and means that for every 25 patients treated with tocilizumab, one additional life would be saved, Horby and his co-lead investigator Martin Landray said.

They added that benefits of tocilizumab were clearly seen to be in addition to those of steroids.

“Used in combination, the impact is substantial,” said Landray, an Oxford professor of medicine and epidemiology.

Stephen Evans, a professor of pharmacoepidemiology at the London School of Hygiene & Tropical Medicine who was not directly involved in the trial, said its results were important.

“It is a large trial and the benefits were seen both on earlier discharge from hospital and mortality,” he said. “The magnitude of benefit is not startling but is clinically important, with a reduction in deaths from 33% to 29%.”

Roche’s drug division chief Bill Anderson said last week that previous mixed results were likely due to differences in the type of patients studied, when they were treated, and the endpoint – the juncture at which success or failure is measured.

“We think we’re sort of zooming in on both the most relevant endpoints and relevant patient population,” Anderson said. “It seems like the ideal candidates are patients who are really in that acute phase of inflammatory attack.”

Actemra, along with Sanofi’s similar drug Kevzara, was authorized by Britain’s NHS in early January for COVID-19 patients in intensive care units after preliminary data from a smaller study called REMAP-CAP indicated it could reduce hospital stays by about 10 days.

During 2020, Actemra rose to become Roche’s fifth-best-selling drug, at more than $3 billion, with nearly $600 million from COVID-19 treatment.