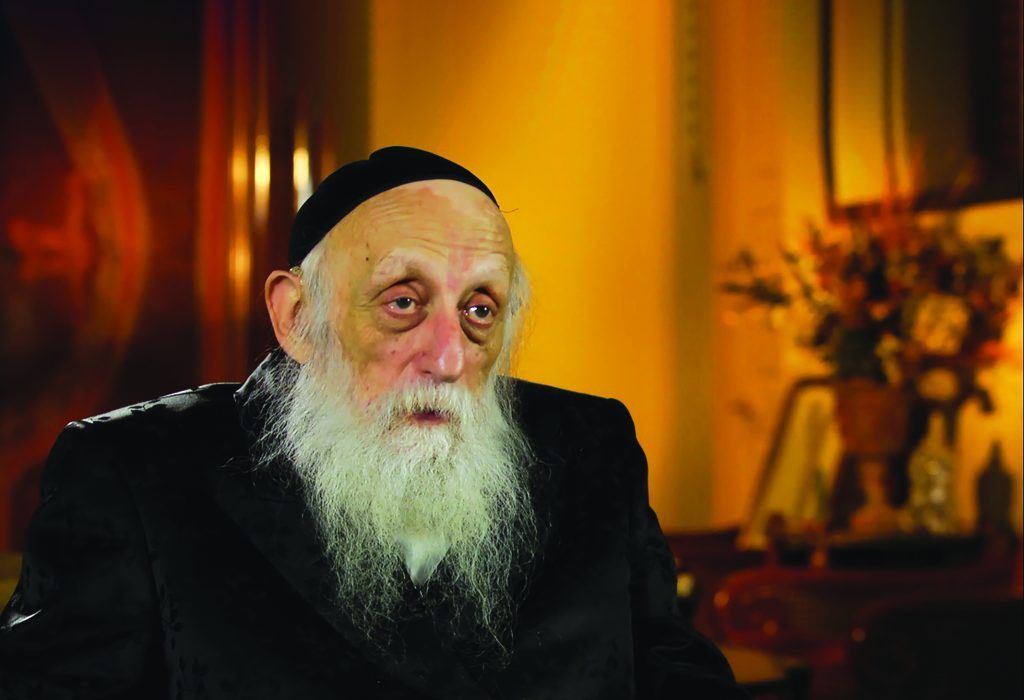 Rabbi Abraham J. Twerski, MD, zt”l, a longtime Hamodia columnist, submitted this article days before he fell ill. During the process of preparing it for publication, we received the devastating news of his petirah. It is our honor and merit to publish this insightful final message to Klal Yisrael.

If a person is blessed to reach 90, one should make an accounting of those years. It is good to give it to one’s children, and even strangers may find some of one’s experiences to be of value.

As I look back over the past 90 years, one thing strikes me: If, at the outset, I had made a plan of what I wanted my life to be, it never would have been as it turned out to be. Fortunately, Hashem was the navigator, and I am grateful for His guidance. I was unwittingly the recipient of many decisions He made for me.

In my book on prayer I pose the question: Why are all the morning brachos in the present tense, i.e., “He gives sight to the blind,” “He clothes the naked,” “Who releases the bound,” “Who straightens the bent”; but there is a change in tense in the brachah, “Who has provided me with all my needs”? What is there in this brachah that warrants a change from the present tense to the past tense?

The Machatzis Hashekel raises this question, and says that although he has no explanation for it, we should nevertheless recite the brachah as it is written in the siddur. If I may be so bold, I would like to suggest an answer, based on a story of Rebbe Zusha of Anipoli.

Rebbe Zusha lived in abject poverty. He wore tattered clothes and fasted frequently. He was asked, “How can you recite the brachah, thanking Hashem, ‘Who has provided me with all my needs’ when you are obviously lacking the basic needs?” Rebbe Zusha, who always had a cheerful disposition, responded, “Hashem knows my needs better than I do. He knows that one of my needs is poverty, so He gives it to me.”

Only someone who is at a lofty spiritual level like Rebbe Zusha can make that statement. It is beyond what we ordinary mortals can do.

The great mussar scholar Harav Eliyahu Lopian served as a chazzan on Yom Kippur. When he came to the phrase “I stand trembling and frightened in the presence of Hashem,” he omitted that phrase. He said, “I should feel that way, but unfortunately, I do not, and I cannot say something that I do not feel to be true.”

Although we may be acutely aware of our current lacks, we are nevertheless able to reflect on the past, and we may recall instances which we thought at the time to be disastrous, only to realize much later that these were blessings in disguise. We may, therefore, be able to thank Hashem “Who has provided me with all my needs.” We can now appreciate what we were unable to appreciate when it occurred.

So it is with me. I may not have appreciated things that occurred, but I can now be grateful for all my 90 years.

In 1978, I published my first book, Like Yourself, and Others Will Too. I gave it to an agent, who reported that it was rejected by 18 publishers. Then one day he called to say that the first publisher to whom he had submitted it had now changed his mind. Once I had one book published, it was much easier to get other books considered, and this year, I published my ninetieth book, baruch Hashem.

When I was in yeshivah, I developed a close relationship with the Rosh Yeshivah, Hagaon Harav Chaim Kreisworth. When I heard that there was a possibility that he would become Rosh Yeshivah at Beis Medrash Elyon in Monsey, New York, I decided that I would follow him there. However, he accepted the position of Chief Rabbi of Antwerp, Belgium. I could not follow him there, and I became Assistant Rabbi in my father’s shul in Milwaukee.

The climate of Yiddishkeit in Milwaukee in 1952 was disappointing. I had long dreamt of becoming a medical doctor, but this was an unrealistic dream because medical schools required attending classes on Shabbos. Just then, Marquette Medical School in Milwaukee changed to a five-day schedule.

After completing four years of medical school and a year of internship, I applied to four psychiatric programs for training. I was rejected by two of them and accepted by Northwestern University in Chicago and the University of Pittsburgh.

The obvious choice was Chicago, just an hour away from Milwaukee, and where I had spent several years in yeshivah. To this day, I have no idea why I chose Pittsburgh.

Some of the members of my father’s shul helped finance my medical education, but in the third year, I was at my wits’ end. One Sunday, there was an article in the Chicago Sun newspaper about a meeting between the popular comedian Danny Thomas and the administration of Marquette Medical School. They told Danny about a young Rabbi who was unable to finance his medical school education.

Danny offered to cover the $4,000 shortfall.

My psychiatric training was enjoyable, and the department head assured me of a staff position, but he asked me to do him a short-term favor. St. Francis General Hospital in Pittsburgh was in need of a director of psychiatry. I agreed to take the position for only one year, which turned into 20 years.

St. Francis had a large alcohol treatment unit. I became close to people in Alcoholics Anonymous, and realized that the 12-step program of AA was very similar to the ethical-spiritual teachings of Judaism. This led to the development of the Gateway Rehabilitation Center in Pittsburgh, a national leader in the treatment of alcoholism and drug addiction.

Upon retiring, I made aliyah to Israel, and I am blessed to be living in Jerusalem.

Life is a huge jigsaw puzzle of many thousands of pieces. Only when the picture is complete can we see where each piece fit.

Hashem saw the entire picture at the beginning.