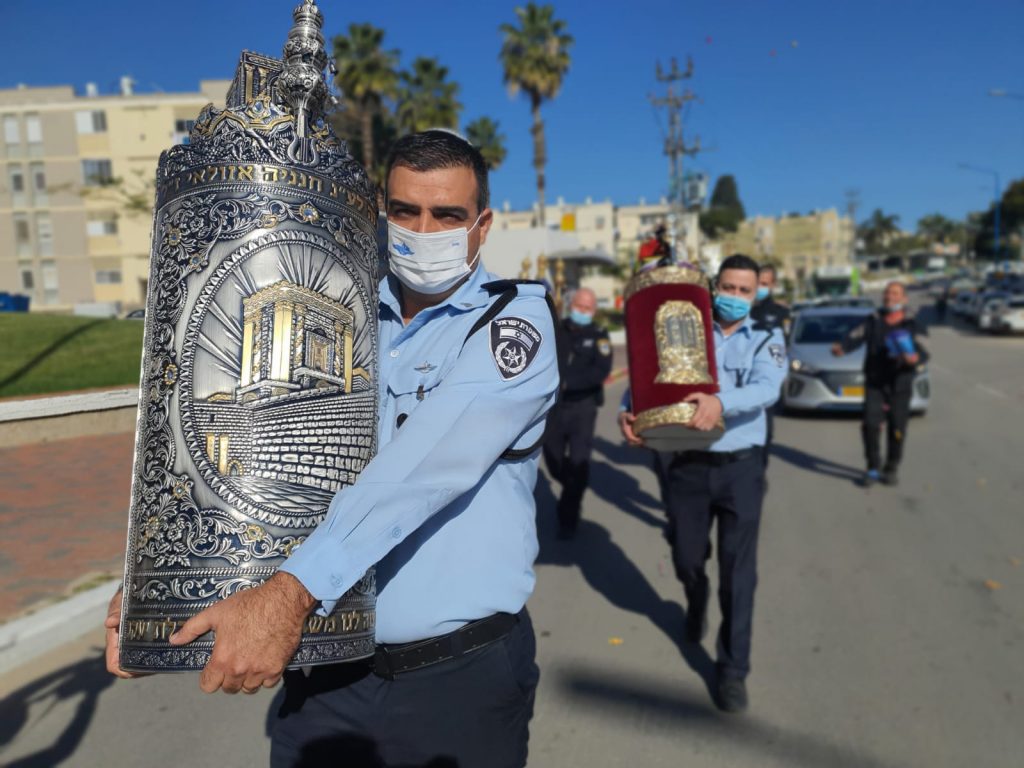 Police returned seven sifrei Torah that were stolen from a shul in Sderot after a week-long investigation that resulted in the arrest of five suspects on Thursday.

The sifrei Torah and megillos were stolen last week during the night.

“Sderot police officers immediately understood the significance of the theft of sifrei Torah and their great importance to the city’s residents, including the police officers, and began to carry out a variety of undercover investigations together with technological means and other units in the Lachish area, which led to the identification of five suspects,” the police said on Thursday.

After the arrests, the sifrei Torah were all found at a farm in Moshav Noga. The commander of the Sderot police station, Meir Hachmon, notified the shul’s gabbai and invited him to identify them and receive them at the police station.

Immediately after the sifrei Torah were identified, the policemen accompanied them back to their spot in the shul.

“I thank the commander of the Sderot station, Meir Hachmon, and the station policemen for their hard and quick work in finding the sifrei kodesh stolen from the Decker shul,” said Sderot Mayor Alon Davidi. “To see this morning the excitement and joy on the faces of gabbai and the mispallelim was heartwarming. The event takes place on the eve of Rosh Chodesh Adar, which we all rejoice in, and now the joy is double.”