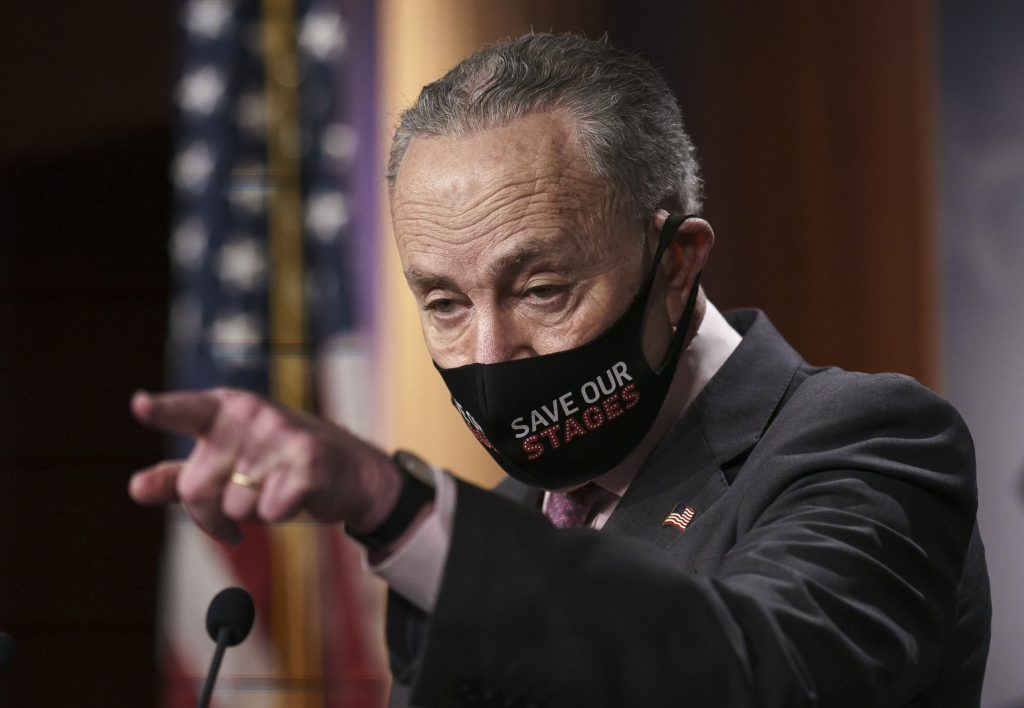 Democrats making the case for Donald Trump’s conviction for inciting the deadly attack on the U.S. Capitol on Jan. 6 focused on Thursday on the former president’s role in assembling and inflaming the rioters and the damage wrought in the rampage.

As the third day of Trump’s Senate impeachment trial got underway, the House of Representatives lawmakers serving as prosecutors provided examples to illustrate how he explicitly summoned his supporters to Washington on that day.

Democratic congresswoman Diana DeGette told the senators – serving as jurors in the trial – that the rioters’ “own statements before, during and after the attack made clear the attack was done for Donald Trump and to fulfill his wishes.”

“This was not a hidden crime,” DeGette said. “The president told them to be there, so they actually believed they would face no punishment.”

DeGette showed video featuring one rioter telling another as they entered a congressional office: “He’ll be happy – what do you mean, we’re fighting for Trump.”

The Democratic-led House on Jan. 13 charged the Republican former president with inciting an insurrection by exhorting thousands of supporters to march on the Capitol as Congress gathered to certify Democrat Joe Biden’s election win.

Democrats face a difficult task in securing a conviction and in barring Trump from ever again holding public office, given his continued popularity with many Republican voters. Trump has expressed interest in again running for president in 2024. A two-thirds majority would be needed to vote to convict, which means at least 17 Republican senators would have to defy Trump.

While some Republican senators have said that the House managers are presenting their arguments well, many hold fast to their position that Trump should not be convicted.

Republican Senator Marco Rubio told Fox News that while the Jan. 6 attack was “horrifying,” impeachment was not appropriate given that Trump was no longer in office.

The nine House managers are arguing that Trump planted the seeds for the riot by encouraging violence and making false claims that the Nov. 3 election was stolen long before Jan. 6.

“All of these people who’ve been arrested and charged, they’re being held accountable for their actions. Their leader, the man who incited them, must be held accountable as well,” DeGette told the senators. “But … you don’t have to take my word for it, that the insurrectionists acted at Donald Trump’s direction. They said so.”

Five people including a police officer died in the violence. Two more police officers involved in the response died by suicide in the days afterward.

On Thursday, Senate Majority Leader Chuck Schumer left open the possibility that Congress might seek a different way to punish Trump if the Senate acquits him. That includes potentially invoking the U.S. Constitution’s 14th Amendment, which gives Congress the power to bar public officials from holding office if they engaged in insurrection or rebellion.

Trump’s lawyers, who will have up to 16 hours to deliver their defense, said the video and other evidence presented by Democrats had not made the case for his culpability.

One of Trump’s lawyers, David Schoen, told reporters on Thursday he hoped the team would not need all 16 hours to make its case.

The trial could conclude as early as Saturday or Sunday, according to a senior Senate aide.

Biden, speaking to reporters at the White House on Thursday morning before meeting with senators about infrastructure spending, said of the impeachment trial: “I think the Senate has a very important job to complete. And, I think, my guess is some minds may have been changed, but I don’t know.”

Trump is the first U.S. president to be impeached twice and the first to face trial after leaving office. His first impeachment trial, which stemmed from his efforts to pressure Ukraine to investigate Biden, ended in an acquittal a year ago in what was then a Republican-controlled Senate.