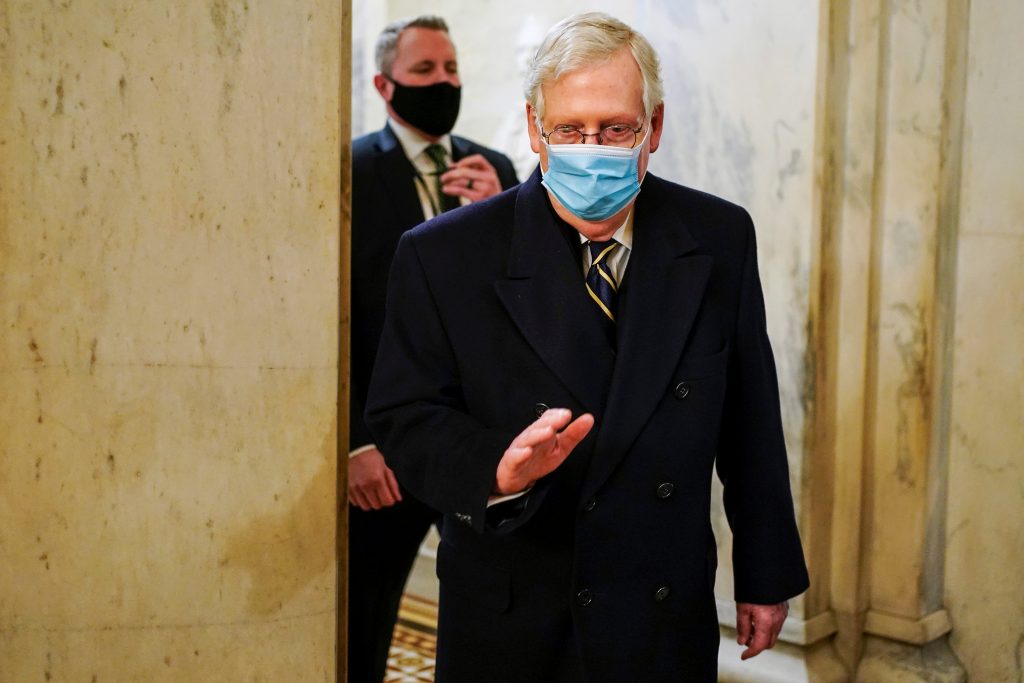 Democrats making the case that Donald Trump should be convicted of inciting the siege at the U.S. Capitol will focus on Thursday on the damage wrought by the riot and the former president’s role in inflaming the rampage.

The House of Representatives has charged Trump, a Republican, with inciting an insurrection by exhorting thousands of supporters to march on the Capitol on Jan. 6, the day Congress gathered to certify Democrat Joe Biden’s election win.

The House managers who are prosecuting the case in the U.S. Senate spent much of Wednesday recounting the events that led to the riot and highlighting the threat to former Vice President Mike Pence.

On Thursday, they planned to illustrate the “terrible toll” of the riot and Trump‘s “role in assembling, inciting and inflaming the insurrectionists,” a House aide said.

Previously unseen videos showed the view from inside the Capitol as rioters smashed windows and fought with police, coming within 100 feet of the room where Pence was sheltering with his family. The mob had set up a gallows outside.

The footage, which also included body-camera views of brutal attacks on Capitol police, showed Pence and lawmakers being hustled to safety steps ahead of an advancing mob. The attack on the Capitol resulted in the deaths of five people, including a police officer.

Trump had repeatedly said Pence had the power to stop the certification of the election results, even though he did not.

“President Trump put a target on their backs and then his mob broke into the Capitol to hunt them down,” she said.

Democratic Representative Joaquin Castro pointed out that during the rampage, Trump tweeted that Pence “didn’t have the courage to do what should have been done.” A video showed rioters spreading word of Trump‘s tweet to one another on bullhorns.

Trump‘s lawyers, who will have 16 hours to deliver their defense, said the video and other evidence presented by Democrats had not made the case for his culpability.

“We know a mob breached the Capitol and wreaked havoc in the building. I’m waiting for them to connect that up to President Trump and so far that hasn’t happened,” said Bruce Castor, Trump‘s lawyer.

The Senate trial could conclude as early as Saturday or Sunday, according to a senior Senate aide.

Trump is the first U.S. president to be impeached twice and the first to face trial after leaving office. His first impeachment trial, which stemmed from his efforts to pressure Ukraine to investigate Biden, ended in an acquittal a year ago in what was then a Republican-controlled Senate.