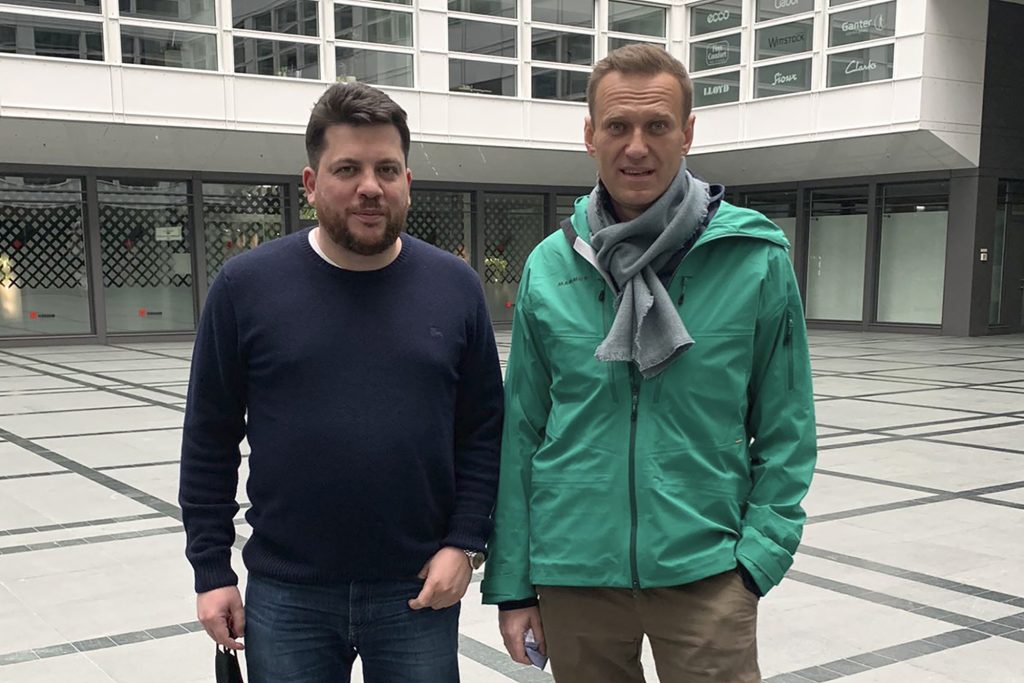 A Moscow court on Wednesday ordered the arrest of an exiled ally of Russian opposition leader Alexei Navalny, but Lithuania, where the associate lives, bluntly rejected the demand to take him into custody.

The action against Leonid Volkov by the Basmanny District Court was seen as part of an effort by authorities to squelch demonstrations demanding the release of Navalny, a top Kremlin foe who has been jailed since Jan. 17.

Volkov, a chief strategist for Navalny, was charged with encouraging minors to take part in unauthorized rallies, which could land him in jail for up to three years. He had already been put on an international wanted list.

Volkov, who has lived abroad since 2019, has rejected the charges, and Lithuania’s government has refused to carry out the Russian court’s order.

“This raises serious doubts about Russia‘s membership in these organizations,“ she said, referring to the Russian arrest warrant sent through Interpol.

Navalny, 44, an anti-corruption investigator who is Russian President Vladimir Putin’s most prominent critic, was arrested upon returning from Germany, where he spent five months recovering from a nerve-agent poisoning that he blames on the Kremlin. Russian authorities have rejected the accusation.

Protests across Russia drew tens of thousands of people to the streets for two straight weekends in January in the largest show of discontent in years. More protests rocked Moscow and St. Petersburg after a Moscow court on Feb. 2 sentenced Navalny to two years and eight months in prison for violating terms of his probation while recuperating in Germany. That stems from a 2014 embezzlement conviction that Navalny has rejected as fabricated and the European Court of Human Rights has ruled to be unlawful. He described his new imprisonment as “Putin’s personal revenge” for surviving and exposing the assassination plot.

The authorities responded to protests with a sweeping crackdown, detaining about 11,000 people across Russia, many of whom were later fined or handed jail sentences ranging from 7 to 15 days. They also have moved to isolate key members of Navalny’s team, putting several of his top associates under house arrests for two months without access to the internet.

In a shift of strategy amid the crackdown, Volkov said last week that the pro-Navalny demonstrations should pause until the spring, arguing that an attempt to maintain rallies each weekend would only lead to thousands more arrests and wear out participants.

On Tuesday, however, he announced a new form of protest, urging residents of big cities to briefly gather in residential courtyards on Sunday with their cellphone flashlights turned on. He argued that the new tactics — similar to ones used by anti-government protesters in neighboring Belarus — would prevent Russian riot police from interfering and allow more people to participate without fearing repressions. The Belarus protests follow the reelection in August of the country’s longtime autocratic President Alexander Lukashenko, in balloting widely seen as rigged.