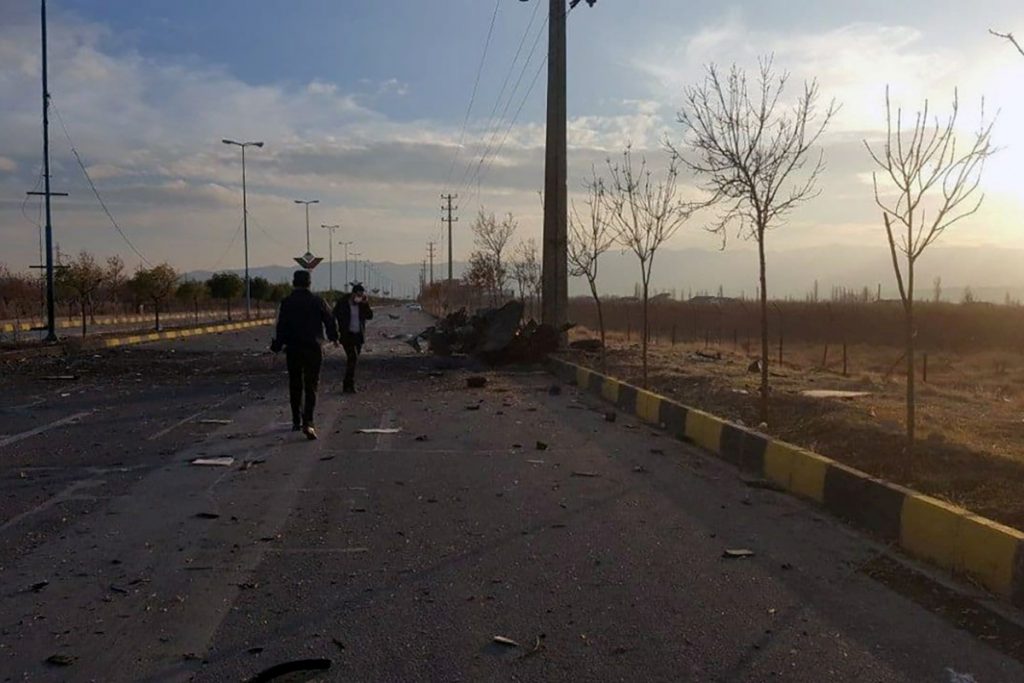 The Iranian nuclear scientist assassinated near Tehran in November was killed by a one-ton gun smuggled into Iran in pieces by the Israeli intelligence agency Mossad, according to a report by The Jewish Chronicle on Wednesday.

Citing intelligence sources, the British weekly said a team of more than 20 agents, including Israeli and Iranian nationals, carried out the ambush on scientist Mohsen Fakhrizadeh after eight months of surveillance.

Reuters was not immediately able to confirm the report, which was published on the website of the London-based newspaper.

Iranian media said Fakhrizadeh died in hospital after armed assassins gunned him down in his car. Shortly after his death Iran pointed the finger at Israel, Foreign Minister Javad Zarif writing on Twitter of “serious indications of (an) Israeli role.”

Israel declined to comment in November and on Wednesday night an Israeli government spokesman responded to the latest report by saying: “We never comment on such matters. There has been no change in our position.”

Fakhrizadeh, 59, was long suspected by the West of masterminding a secret nuclear bomb program.

He had been described by Western and Israeli intelligence services for years as the mysterious leader of a covert atomic bomb program halted in 2003, which Israel and the United States accuse Tehran of trying to restore. Iran has long denied seeking to weaponize nuclear energy.

According to the Jewish Chronicle’s report, Iran has “secretly assessed that it will take six years” before a replacement for him is “fully operational” and that his death had “extended the period of time it would take Iran to achieve a bomb from about three-and-a-half months to two years.”

Giving no further details of its sourcing, the world’s oldest Jewish newspaper said the Mossad mounted the automated gun on a Nissan pickup and that “the bespoke weapon, operated remotely by agents on the ground as they observed the target, was so heavy because it included a bomb that destroyed the evidence after the killing.”

It said the attack was carried out “by Israel alone, without American involvement” but that U.S. officials were given some form of notice beforehand.