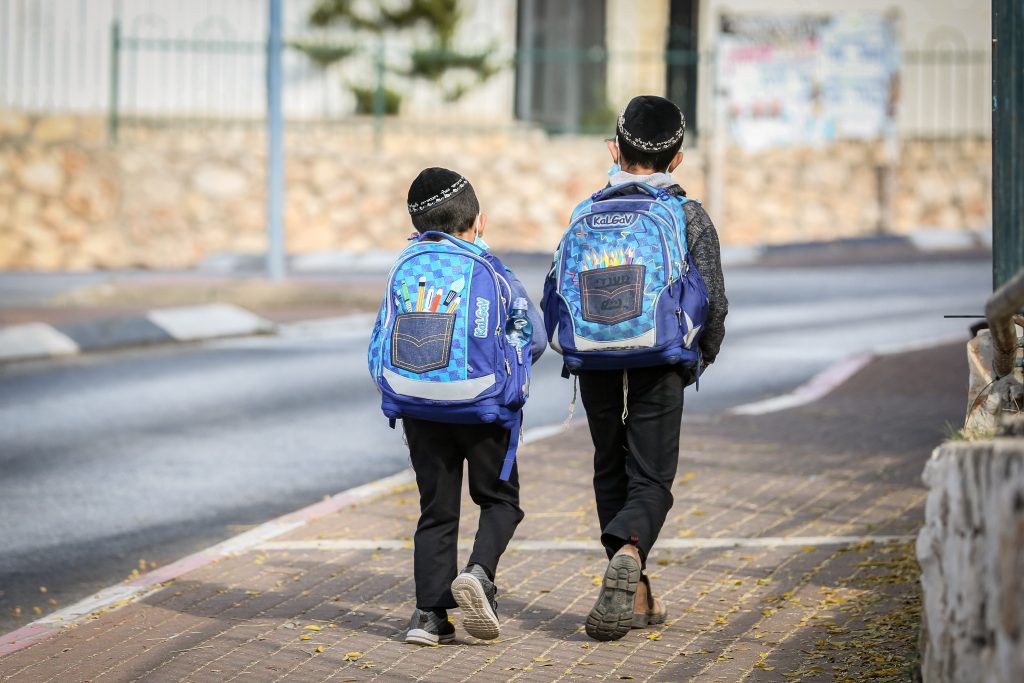 A report issued last week reveals the devastating impact of COVID-19 on Israel’s children, not just those who got the virus, but those who are suffering from its fallout.

The report by the Israel National Council for the Child shows a 100% increase in the number of calls to the country’s 118 domestic abuse hotline in March-October 2020 over the same period the year before. That tragic figure should come as no surprise considering that families, including those that weren’t high-functioning to begin with, have been under enormous stress. Many laid-off parents are home all day, together with their children, in crowded quarters, with no distractions (except for the deadly internet) and tremendous money worries.

There has been a 40% increase in the number of children deemed at risk of taking their own life being treated by psychologists. This, too, comes as no surprise. Children have been out of schedule for nearly a year, denied normal social interaction, successful school experiences and a structured day with a fixed time to wake up, eat meals and go to sleep.

The same kind of trauma that affects adults forced to endure extended periods of unemployment — depression, low self-image, anxiety — affects children who have been “unemployed” for nearly a year.

The bottom line? Approximately 50% of all students say that school is no longer a significant part of their lives. That means that half the children are not constructively occupied, and that, as any parent or teacher will tell you, is a prescription for disaster.

Though the report doesn’t relate to academics, there is no doubt that children have fallen behind. If the school system operates on the assumption that distance learning is the same as classroom learning, or even close to it, that will be a disaster for children, especially those in first and second grades who are acquiring basic reading and writing skills.

And the spiritual fallout for the children of Israel? It’s incalculable.

It will be years before we know the real price of severing children from their Torah learning, from teachers, from shul, from friends.

The vaccination program has raised hopes that the corona crisis is winding down, but the effects of the pandemic require continued, intensive treatment.

Just as officials at the Finance Ministry have been planning for how to rehabilitate the economy, those at the Education Ministry must already be thinking about how to help the country’s children recover from the long-term spiritual, academic, social and psychological impact of the corona crisis.

The solution must include continuing with smaller classes — “capsules” — so that children get the individual attention they will need to catch up on their schooling, and increasing the number of school psychologists to help children cope with their trauma.

It will be costly. But spending a lot of money early on to deal with these problems will save money in the long run and it will, b’ezras Hashem, give our children the future they deserve.