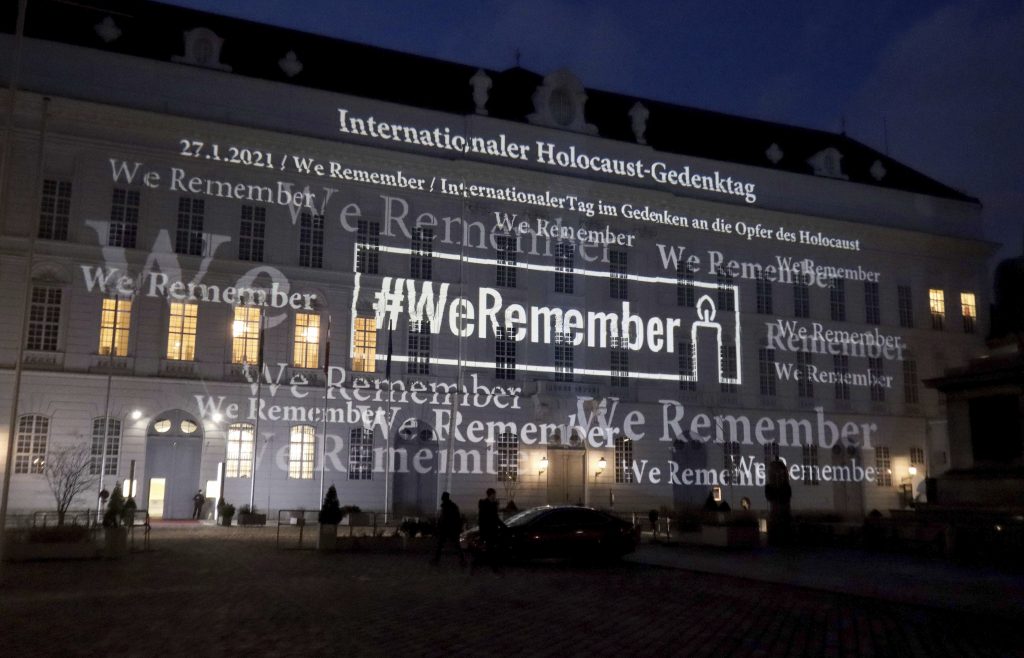 Two weeks ago, countries around the world observed International Holocaust Remembrance Day. But while a specific day of commemoration was set aside, the Holocaust seems to be remembered on many of the remaining 364 days of the year. Sometimes by the wrong people and for the wrong reasons.

It is not surprising that the greatest atrocity perpetrated by man against man has become the ultimate symbol of infamy and notoriety. Calling someone a Nazi is the worst insult one can hurl at another. Comparing institutions to the Third Reich or the Gestapo is the most defamatory slur imaginable.

Sadly, Holocaust imagery has become exploited all too often. Referencing unfathomable evils comes with the risk of underplaying them because no one who has not experienced such atrocities can fully comprehend them. And although those evils must be exposed and eternalized, they must also be sacred to the event that immortalized them.

A demarcation between the two can sometimes become blurred, depending on what allusions are made and who makes them. Several weeks ago, speaking at a “Save the Republic” rally in Washington D.C., freshman Republican Representative Mary Miller of Illinois made an unfortunate remark, “Every generation has the responsibility to teach and train the next generation…Hitler was right on one thing. He said, ‘Whoever has the youth has the future.’”

Miller, a strongly pro-Israel conservative, was pilloried for her comment and swiftly apologized. She also sought to clarify when she said, “While some are trying to intentionally twist my words into something antithetical to my beliefs, let me be clear: I’m passionately pro-Israel and I will always be a strong advocate and ally of the Jewish community.”

Quoting Hitler was arguably insensitive but it was inarguably bad politics, as Miller found out. Some Democrats didn’t back down from their condemnation of her, with Senator Tammy Duckworth saying Miller’s comments are “disqualifying for an American elected official.” Rep. Jan Schakowsky and other Democrats joined in demanding her resignation.

But is quoting Hitler about education that much different from quoting Lenin about “useful idiots”? As abhorrent as the messenger is, Hitler’s statement was correct. The wild success of Hitler Youth, the Nazis’ youth arm, attests to its veracity and should serve as a dire warning against hate from either side of the political aisle. Unlike other politicians, however, Miller didn’t use Nazi analogies for political gain, trivializing the Jewish experience in the process.

Somehow, I don’t remember the outrage when President Biden said during a campaign interview that Trump was “sort of like Goebbels.” Or when Biden repeated the “Goebbels” charge against Senators Ted Cruz and Josh Hawley.

Democrats didn’t seem to object either to long-time Trump critic Arnold Schwarzenegger’s outrageous comparison of the January 6 Capitol assault to Kristallnacht, calling it America’s “Day of Broken Glass.” And last I checked, Rep. Ilhan Omar still has a seat on the House Foreign Affairs Committee, despite calls for her removal after anti-Semitic remarks about pro-Israel groups and after she proposed a resolution supporting the right to boycott Israel, likening it to “boycotting Nazi Germany from March 1933-October 1941.”

The same goes for Rep. AOC, who compared migrant detention facilities at the border to concentration camps. And for Rep. Rashida Tlaib, whose distorted reference to the Holocaust prompted global affairs analyst Aaron David Miller to say, “She recognized the horrific nature of the Holocaust. Then she deployed it to make a series of confused, unaware and even ignorant assumptions with respect to what that means for the Palestinians.”

And of course, Democrats and the left-wing media called President Trump, America’s most pro-Jewish and pro-Israel president, a Nazi so many times that the term has become as innocuous as calling someone a political opponent.

Usurping Holocaust imagery is not just a left-wing problem. White Supremacists and hate groups in America, largely operating online, are awash in Holocaust images and present a growing threat. But they are an obvious one. It is easy to identify the enemy when he wears a target on his back, like the hooligan at the Capitol assault did by wearing a “Camp Auschwitz” sweatshirt. It is far more difficult to classify a Jew-hater when he pays lip service to combating anti-Semitism, yet makes nice to the very entities that promote it.

You can’t have it both ways. Israel, as the Jewish State and home to more than half the world’s Jews, has become the flashpoint for anti-Semitism since the Holocaust. And bashing the Jewish State is the current form of persecution. Ironically, more and more Nazi analogies are being used against the Israeli government by pro-Palestinian supporters.

To its credit, the Biden administration recently announced that it “embraces and champions” the International Holocaust Remembrance Alliance’s working definition of anti-Semitism, which includes expressions of anti-Zionism. Among them are comparing Israel to Nazis, calling Israel racist and applying a double standard to Israel that isn’t applied to other countries. Obviously, a policy opposed by hardcore leftists.

Yet, at the same time, the Biden administration embraces and champions re-engaging with Iran, which denies the Holocaust, calls Israel a “cancerous tumor” and routinely vows to “wipe Israel off the map.” It is restoring U.S. relations with the Palestinians and renewing aid to them, despite the PA’s continued support of terrorists and anti-Jewish incitement. Predictably, the PA commemorated Holocaust Remembrance Day with its official PA TV blaming the Jews for bringing the Holocaust upon themselves and concluding it was Europe’s way of punishing the Jews for their “conspiracies and wickedness.”

Equally disturbing are some of Biden’s recent appointees to top posts. These include BDS supporter Maher Bitar for Senior Director for Intelligence of the National Security Council and Reema Dodin as Deputy Director of the White House Office of Legislative Affairs, despite her having once served as leader of the Hamas-affiliated Muslim Students Association. Among others, it includes Kristen Clarke to head the Civil Rights Division of the Department of Justice, notwithstanding her support of Tony Martin, a known anti-Semite and Holocaust denier.

These troubling inconsistencies in the new administration seem to relegate their professed concern for anti-Semitism to disingenuousness, at best. And the administration should be held accountable. Democrats might be quick to talk the talk, but talk is cheap. Let’s not make Holocaust talk even cheaper.