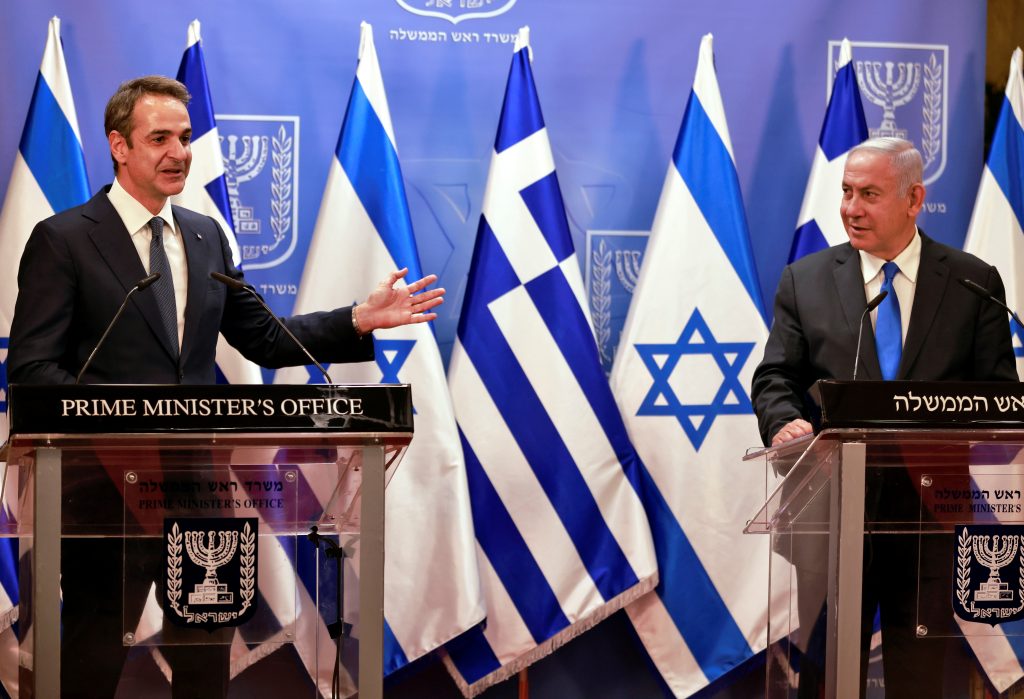 Israel has agreed to allow Greece to participate in trials of a treatment for COVID-19, which Israeli Prime Minister Binyamin Netanyahu‏‏ hailed as a “miracle drug.”

During a press conference about tourism with Greek Prime Minister Kyriakos Mitsotakis on Monday, Netanyahu held up a vial of the Israeli-made EXO-CD24 and said: “If you’re infected by corona and are seriously ill and have a lung problem, take this, inhale it, and you come out feeling good.”

Mitsotakis said that “assuming that we can overcome the regulatory hurdles, Greece would be happy to participate in clinical trials. We would all be very relieved if we could find a drug that could cure the disease itself.”

Tel Aviv’s Sourasky Medical Center (Ichilov) announced on Friday that 29 of 30 patients who received the EXO-CD24 treatment recovered in three to five days.

Many Covid-19 deaths are associated with a cytokine storm, in which the immune system begins attacking healthy cells. The EXO-CD24 treatment is based on exosomes, which are responsible for cell-to-cell communication. The treatment delivers CD24 protein to the lungs, which helps restore the immune system to its previous equilibrium.