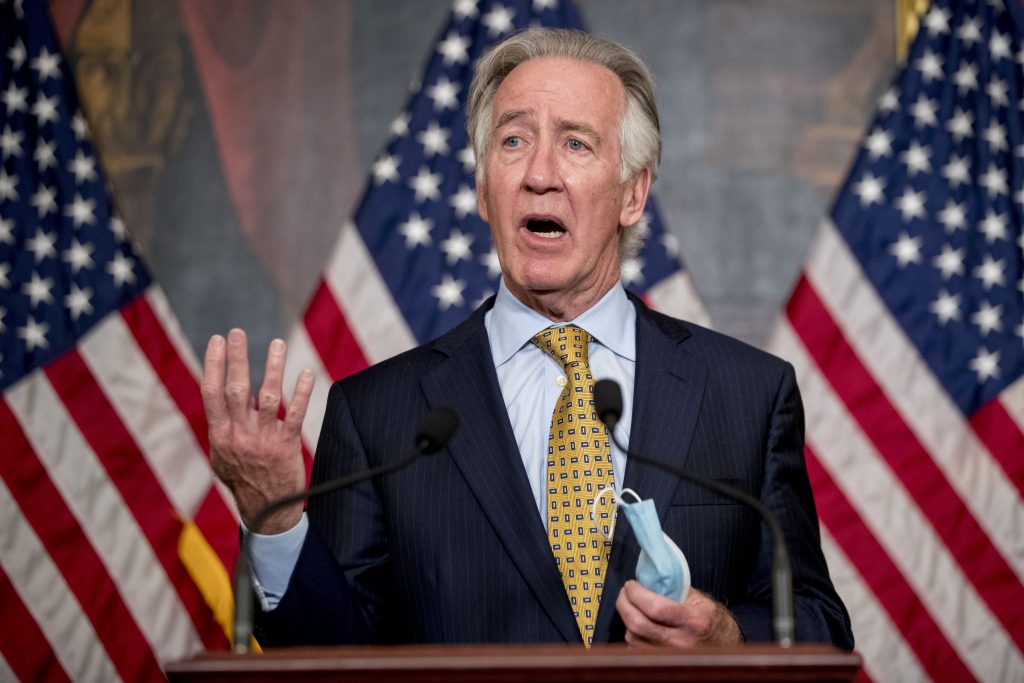 Senior House Democrats on Monday night proposed sending $1,400 stimulus payments to Americans with up to $75,000 in annual income, rejecting an earlier plan under consideration to sharply curtail the benefits.

House Ways and Means Chairman Richard Neal, D-Mass., released legislation that would send the full stimulus payment to individuals earning $75,000 per year and couples earning $150,000 per year. Congressional Democrats had explored curtailing that benefit to $50,000 for individuals and $100,000 for married couples, a position embraced by Sen. Joe Manchin of West Virginia, a conservative Democrat.

The broadening of stimulus check eligibility among middle class households is the latest sign that Democrats are moving ahead without Republican support on President Joe Biden’s $1.9 trillion economic relief package, which would also extend unemployment benefits, send hundreds billions to schools and local governments as well as strengthen vaccine delivery and health care. The final bill needs to be passed by both chambers of Congress, but that could happen within weeks.

Compared to prior plans, Democrats are accelerating the rate at which the stimulus payments decline for higher-income earners, a move intended to prevent wealthy Americans from receiving the benefit. Under the new plan, singles earning $100,000 a year and couples earning $200,000 would receive no stimulus payments.

The proposal comes amid days of internal disagreements among Democrats over how to structure the next round of stimulus payments, a core component of Biden’s stimulus plan. The legislation still must be passed through the House and Senate, and it is unclear whether Manchin or other conservative Senate Democrats will object to the proposal.

Along with the stimulus payments, the House Ways and Means Committee released details Monday of other significant parts of the aid package, including a new child income tax credit for millions of American households. That benefit would offer $3,600-per-child over the course of a year for each child younger than six years of age, as well as $3,000-per-child for each child ages six to 17. Those child tax benefits would diminish for singles earning more than $75,000 a year and couples earning over $150,000.

Additionally, Democrats included a $15-per-hour minimum wage in the package, although Biden has said that provision faces long odds in the Senate. The nonpartisan Congressional Budget Office released a report on Monday that estimates the minimum wage hike would cost 1.4 million jobs but lift 900,000 people out of poverty, intensifying the debate over that controversial provision.

“Our nation is struggling, the virus is still not contained, and the American people are counting on Congress to meet this moment with bold, immediate action,” Neal said in a statement.

The design of the checks have emerged as one of the most hotly debated provisions in the rescue package. Centrist lawmakers such as Manchin have called for narrowing the payments to prevent them from going to higher-income Americans, arguing that those who have not lost their jobs do not need help. That idea was met with increasing resistance from other members of the party, including Senate Finance Chairman Ron Wyden, D-Ore., and Senate Budget Chairman Bernie Sanders, I-Vt., as well as House lawmakers in the Congressional Progressive Caucus.

Asked about the new thresholds after Neal’s plan was released, Manchin did not immediately attack them and said he was “just trying to make sure that people [receiving them] are truly in need.”

Manchin has influence over the issue, because the Senate is split 50-50 between Republicans and Democrats, so Democrats need his vote as they aim to push the legislation forward without GOP support.