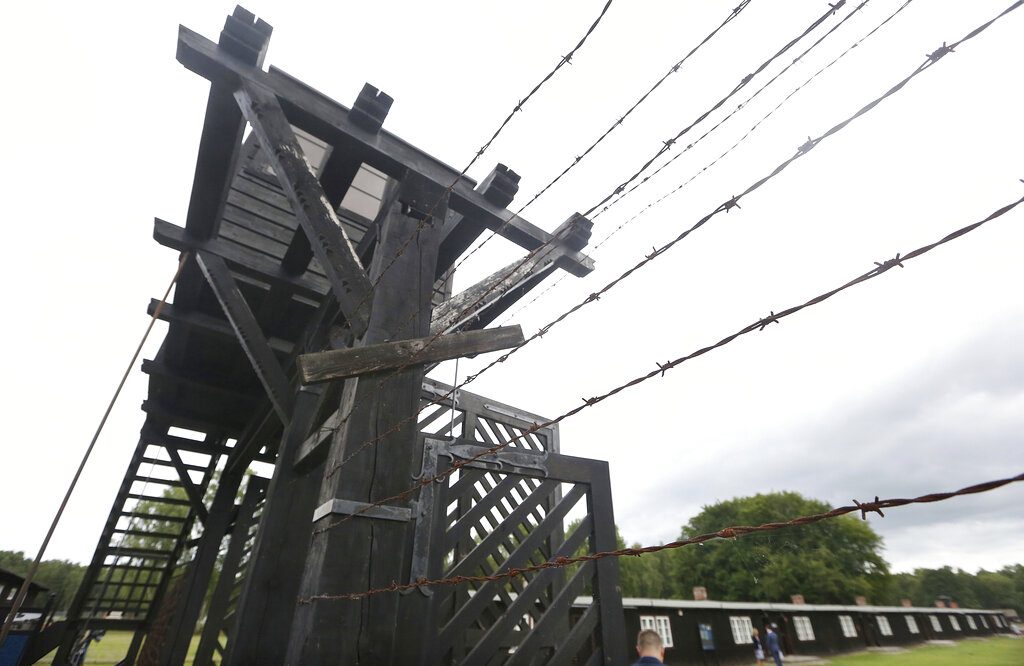 German prosecutors have charged the elderly secretary of the former SS commandant of Stutthof with 10,000 counts of accessory to murder, arguing that she was part of the apparatus that helped the Nazi concentration camp function.

The 95-year-old also faces an unspecified number of counts of accessory to attempted murder for her service at the camp between June 1943 and April 1945, Peter Mueller-Rakow, spokesman for prosecutors in the northern town of Itzehoe, said Friday.

Despite her advanced age, the suspect will be tried in juvenile court due to the fact that she was under 21 at the time of the alleged crimes, Mueller-Rakow said.

The suspect, whom Mueller-Rakow would not identify in line with German privacy laws, is believed to be in good enough health to stand trial.

She has previously been partially identified as Irmgard F. by Germany’s NDR public broadcaster, which interviewed her at the retirement home where she now lives in a small community north of Hamburg.

She confirmed to NDR that she had worked as the secretary to SS officer Paul Werner Hoppe in Stutthof, but said she never set foot in the camp itself and did not know of murders taking place there.

Hoppe was himself tried and convicted of being an accessory to murder, and sentenced to nine years in prison in 1957. He died in 1974.

NDR cited a 1954 statement Irmgard F. had made when interviewed as a witness ahead of the trial, in which she told authorities all Hoppe’s correspondence with higher SS administration had gone past her desk and that the commandant had dictated her letters daily.

She also said she did not know of prisoners being gassed, but told authorities at the time she was aware Hoppe had ordered executions, which she presumed were as punishment for infractions, NDR reported.

The case against her will rely on new German legal precedent established in cases over the last decade that anyone who helped Nazi death camps and concentration camps function can be prosecuted as an accessory to the murders committed there, even without evidence of participation in a specific crime.

“In the trial we will focus on the suspect who was in the camp as a secretary, and her concrete responsibility for the functioning of the camp,” Mueller-Rakow said.

Initially a collection point for Jews and non-Jewish Poles removed from Danzig — now the Polish city of Gdansk — Stutthof from about 1940 was used as a so-called “work education camp” where forced laborers, primarily Polish and Soviet citizens, were sent to serve sentences and often died.

From mid-1944, tens of thousands of Jews from ghettos in the Baltics and from Auschwitz filled the camp along with thousands of Polish civilians swept up in the brutal Nazi suppression of the Warsaw uprising.

More than 60,000 people were killed there by being given lethal injections of gasoline or phenol directly to their hearts, shot or starved. Others were forced outside in winter without clothing until they died of exposure, or were put to death in a gas chamber.

Last year, a former SS private, Bruno Dey, was convicted at age 93 of more than 5,000 counts of accessory to murder for serving at Stutthof as a guard and given a two-year suspended sentence.