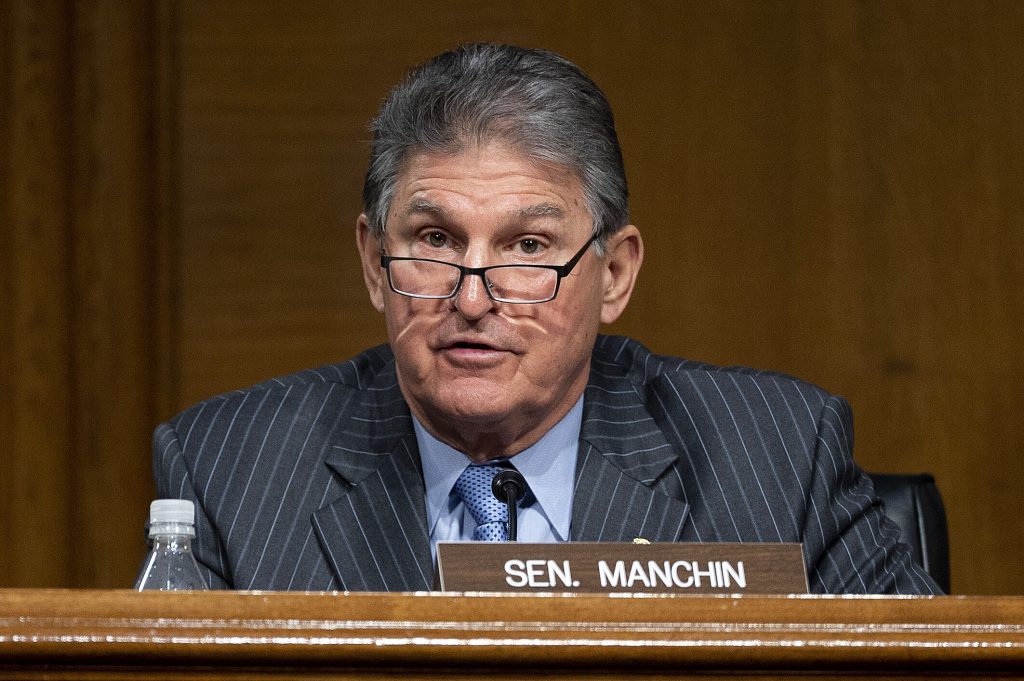 Democratic lawmakers are increasingly divided over the criteria for the next round of stimulus payments, splintering the caucus even as they aim to quickly pass President Joe Biden’s $1.9 trillion relief package.

Democrats will include payments of $1,400 per person in the stimulus proposal, fulfilling a key pledge from Biden to bring $600 payments from December to $2,000 in total. But they disagree about who should be eligible to receive them, with mixed signals from the Biden administration complicating the situation.

Democrats have not decided the final threshold levels for the checks to include in their plan despite having little time before they are expected to release legislation, according to one aide who spoke on the condition of anonymity to discuss internal deliberations.

“There’s a discussion right now about what that threshold will look like,” White House press secretary Jen Psaki said Monday. “It’s still being negotiated at this point.”

Centrist lawmakers such as Sen. Joe Manchin III, D-W.Va., have called for targeting the payments to prevent them from going to high-earning Americans, arguing that those who have not lost their jobs do not need help. Senior Democrats have considered a plan that would lower the income threshold determining eligibility for the checks from prior levels of $75,000 per individual to $50,000 per individual, while lowering the threshold for married couples from $150,000 to $100,000.

But that idea has been met with increasing resistance from other members of the party, including Senate Finance Chairman Ron Wyden, D-Ore., and Senate Budget Chairman Bernie Sanders, I-Vt., as well as House lawmakers in the Congressional Progressive Caucus. Wyden and Sanders have publicly criticized the proposals to lower the income thresholds to $50,000, saying middle-class families have suffered pay cuts and other economic shocks and need relief, too. Sen. Jon Ossoff, D-Ga., whose election victory in January helped seal Democrats’ Senate majority, also opposes lowering the threshold on the checks, according to a spokeswoman.

The official Democratic proposal will likely be higher than $50,000 per person, according to two people granted anonymity to share details of private conversations.

The White House has said it is willing to compromise on the thresholds, with Psaki repeatedly saying the administration is open to negotiations with Congress on the matter. On Sunday, Treasury Secretary Janet Yellen suggested that the administration was not on board with Democrats’ plans for lower income thresholds.

“The exact details of how it should be targeted are to be determined, but struggling middle-class families need help, too,” Yellen said on CNN. Asked whether she supports a phaseout higher than $50,000 per person, but not necessarily as high as $75,000, Yellen responded: “Yes, I – I think the details can be worked out. And the president is certainly willing to work with Congress to find a good structure for these payments.”

Biden gave similar remarks in an interview with CBS Evening News, saying he was “wide open” on the precise levels of the income threshold.

The dispute comes as House committees prepare to take up the legislation this week. It is uncertain how the matter will get resolved.

The debate about the check thresholds represents one of many disputes Democrats may face as they try to pass Biden’s $1.9 trillion stimulus package through Congress. There is a wide ideological gulf between the party’s moderate and liberal wings, which is likely to produce numerous policy fights – over the $15-an-hour minimum wage; the scale of unemployment assistance; and the overall cost of the bill, among other things – on the way to passing their first major piece of legislation under Biden.

Manchin has great influence over the issue because the Senate is split 50-50 between Republicans and Democrats, so Democrats need his vote as they aim to push the legislation forward without GOP support.

But on Twitter and on CNN this weekend, Sanders slammed Democrats for embracing a plan that would cut out individuals earning $52,000. He also pointed out the potential political downside for the new Democratic administration of sending fewer payments than Trump had. Wyden has also said in a statement that families that had received the first two payments would expect a third.

“Unbelievable . . . working class people who got checks from Trump would not get them from Biden. Brilliant!,” Sanders said on Twitter.

The push among senior Democrats to lower the threshold to $50,000 was designed to appease Manchin, which elicited pushback from other lawmakers. Rep. Pramila Jayapal, D-Wash., chair of the Congressional Progressive Caucus, said Monday she is in “nonstop” conversations with White House officials about “why this makes no sense, politically or policy-wise.”

“The idea we should cave to one Democrat in the Senate does not make any sense to me,” Jayapal said.

While passing a budget resolution through Congress earlier this month that set the stage for approval of the broader relief bill, Sens. Susan Collins, R-Maine, and Manchin co-sponsored an amendment to exclude affluent families from the stimulus checks. The plan did not define an income amount, leaving that open to interpretation. Sanders and all Democrats voted for the proposal.

Under the lower threshold, about 71% of Americans would receive the full benefits and an additional 17% would get the partial benefit, said Kyle Pomerleau, a fellow at the American Enterprise Institute who specializes in tax policy. That compares with about 85% of families under the initial plan.

Psaki on Friday said that a family earning $300,000 a year may not need a stimulus payment. She also noted the payments would phase out, meaning a nurse earning $60,000 could still get a partial benefit if not the full check.