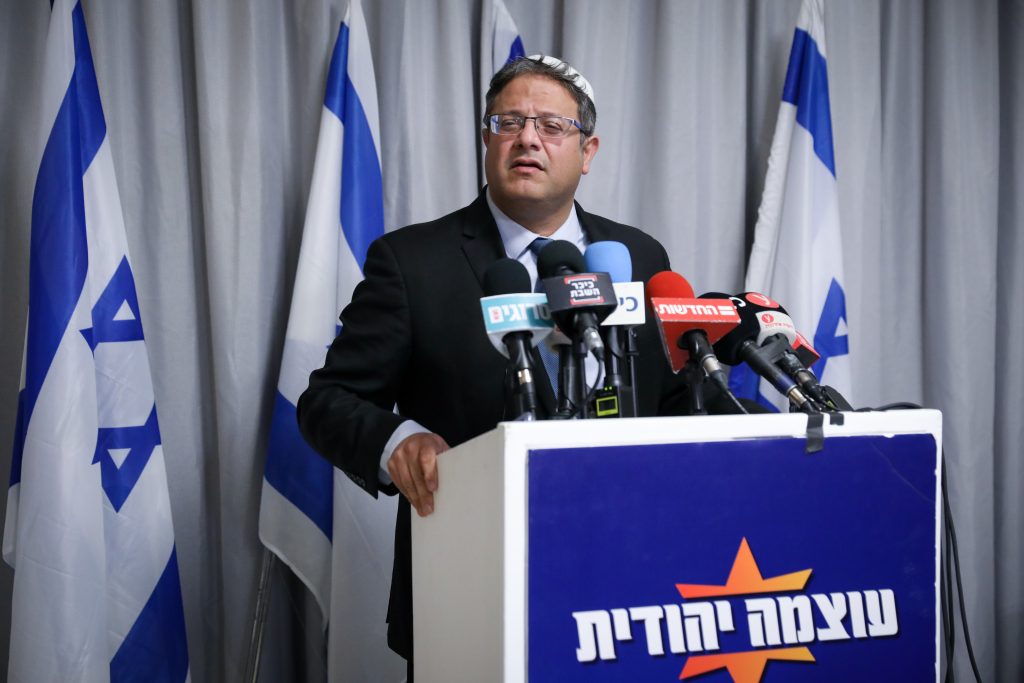 Knesset Speaker Yariv Levin announced Sunday night that Raja Za’atara, spokesman of the Arab Hadash party, who assaulted Adv. Itamar Ben Gvir, a candidate of the Religious Zionist list, was banned from the Knesset by a decision of the Knesset guard until further notice.

In the incident that occurred Thursday, Za’atara was seen hounding Ben Gvir and then physically blocking him.

In a statement sent by Levin to B’Tsalmo’s CEO Shai Glick, who filed the complaint against Za’atara, and to Ben Gvir, he wrote that “as soon as I learned of the incident, I asked the Knesset officer, Superintendent Yossi Griff, to act as soon as possible to investigate the case and pass on to me the results of the investigation and his recommendations. In this regard, the Knesset officer was asked to deal with the matter with the required firmness and to consider filing a formal complaint with the Israel Police.

“I will also note that in view of the seriousness of the incident, the Knesset officer decided that until the end of the investigation, Mr. Za’atara’s entry into the Knesset building will be prevented,” he said.

He added, “I have made an exception and instructed to enable the Israel Police to watch the Knesset security camera footage so that it will have all the tools at its disposal for a quick and comprehensive treatment of this incident.”

Ben Gvir welcomed “the important decision to remove the terrorism supporter the BDS man Za’atara from the Knesset” and expressed hope that “the full extent of the law will be applied.”

Za’atara was one of the organizers of the BDS’s Israeli Apartheid Week in the Israeli-Arab city of Nazareth in 2013.

Several members of the Arab-majority Joint List have been embroiled in controversies over their glorification of terrorism and support of boycotts on Israel.

Ben Gvir, a known right-wing activist, is a candidate on the Religious Zionist list, and the latest polls show that he will serve in the upcoming Knesset.