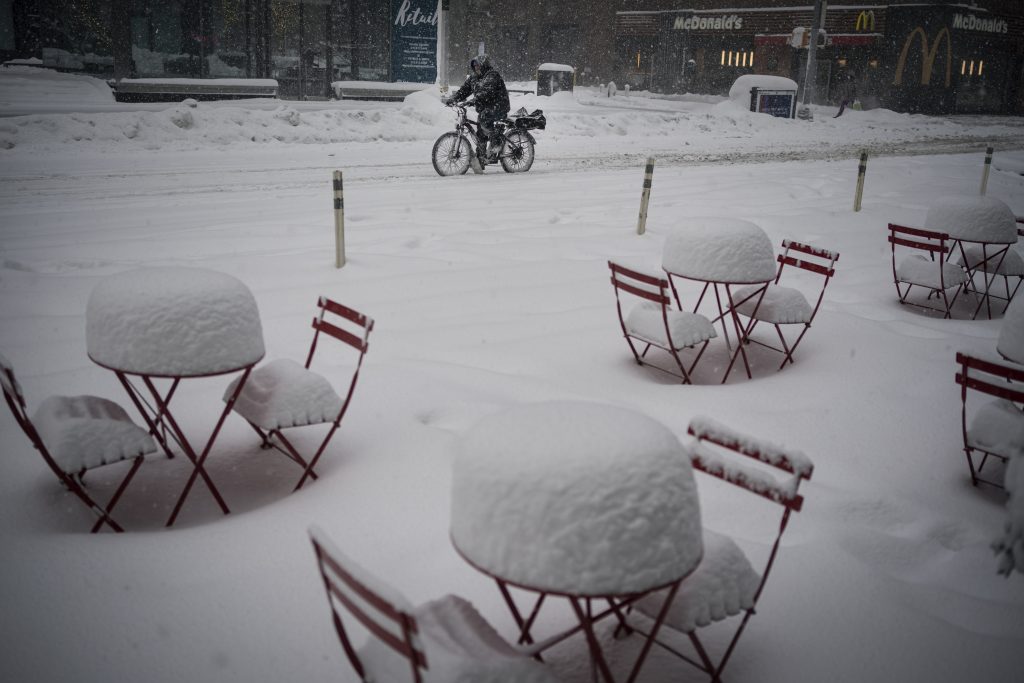 As New York City struggles to dig itself out from last week’s nor-easter, another snowstorm has arrived. The city can expect between 6-10 inches.

Snow began around 6 a.m., and by 9 a.m. to 4 p.m. the snow will be heaviest. The storm is expected to ease into light flurries by late afternoon and be over between 6-8 pm. Monday is expected to be cold and sunny.

Alternate side parking has been suspended through Friday, February 12.

A hazardous travel advisory has been issued, and people are urged to avoid non-essential travel.

Demetrius Crichlow, Acting Executive Vice President, New York City Transit Department of Subways, said in a statement, “While we encourage riders to avoid non-essential travel, the system will be running for those who need it. Express service may be impacted by snow and wind, so customers are encouraged to check for service changes before they travel.”

As of now, public transit is running as scheduled.