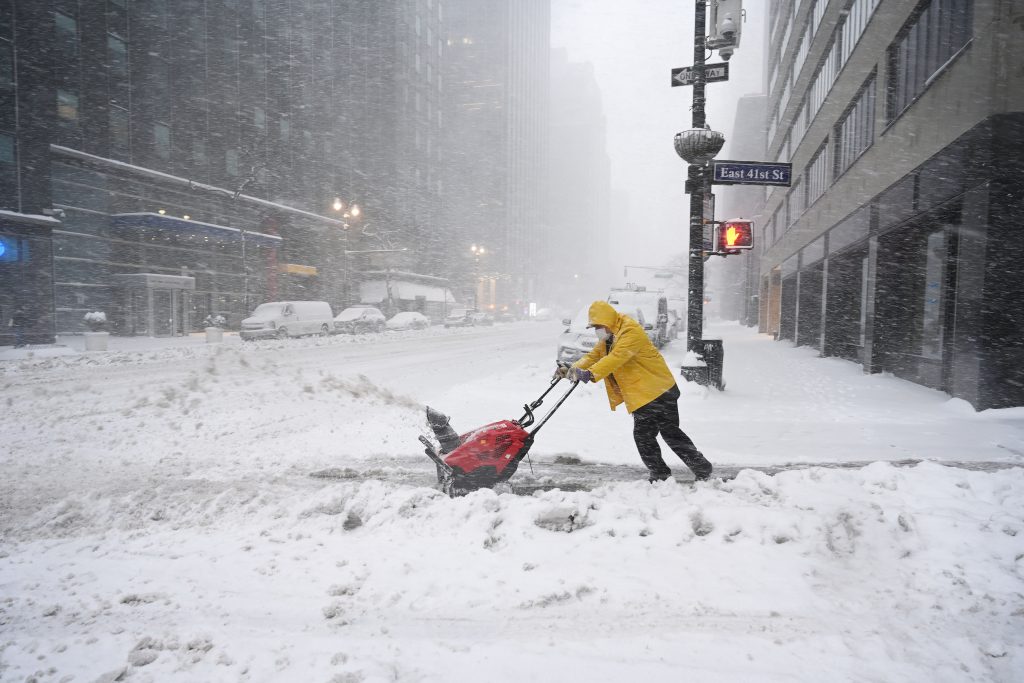 Operations at eight state-run COVID-19 testing sites also will be suspended because of inclement weather.

“Much of Downstate New York is expected to experience heavy snow and strong winds, creating the potential for dangerous travel conditions on Sunday,” Cuomo said in a statement. “Everyone with appointments can rest assured they will not lose their spots — all appointments will be rescheduled for later in the week and everyone will receive direct notification of these scheduling changes.”

Meanwhile, even though New York City Mayor Bill de Blasio urged New Yorkers to stay off the roads during the storm, he said the city’s vaccination centers will be open for scheduled appointments on Sunday.

“This is obviously a much smaller projected storm than the one we dealt with a week ago, so we’re able to keep those vaccination centers going,” the Democrat told radio station 1010 WINS.

Vaccinations scheduled for Sunday at the Stony Brook and Jones Beach sites in Long Island will be rescheduled over the following seven days. People with appointments at those locations on Sunday will receive an email or text message rescheduling their vaccination.

Cuomo’s office said efforts will be made to reschedule the appointments “to the extent possible” at the same time of day as the original appointment. If the new appointment isn’t feasible, individuals will be given a contact number to call and get a different time slot.

Individuals with appointments at the affected community-based ‘pop-up’ sites will be notified by the host site or providers SOMOS Community Care and Northwell Health by test message or telephone about the postponements and new dates of operation. The seven sites are located throughout New York City and in East Elmhurst.

The Rockland County Department of Health also announced that its COVID-19 vaccination clinic scheduled for Sunday will be rescheduled for Monday, from 1 p.m. to 7 p.m. due to the weather. No new appointment will be scheduled and people can arrive anytime during that time period.

Also Saturday, Cuomo announced that 111,316 vaccine doses were administered in New York over a 24 hour-period. He said the state’s network of vaccination sites remains ready to receive more vaccine from the federal government.

“We’re working hard every day to distribute the vaccine to as many New Yorkers as possible, as fast as possible,” Cuomo said, “and now we’re running out of supply each week before getting the next week’s allocation.”