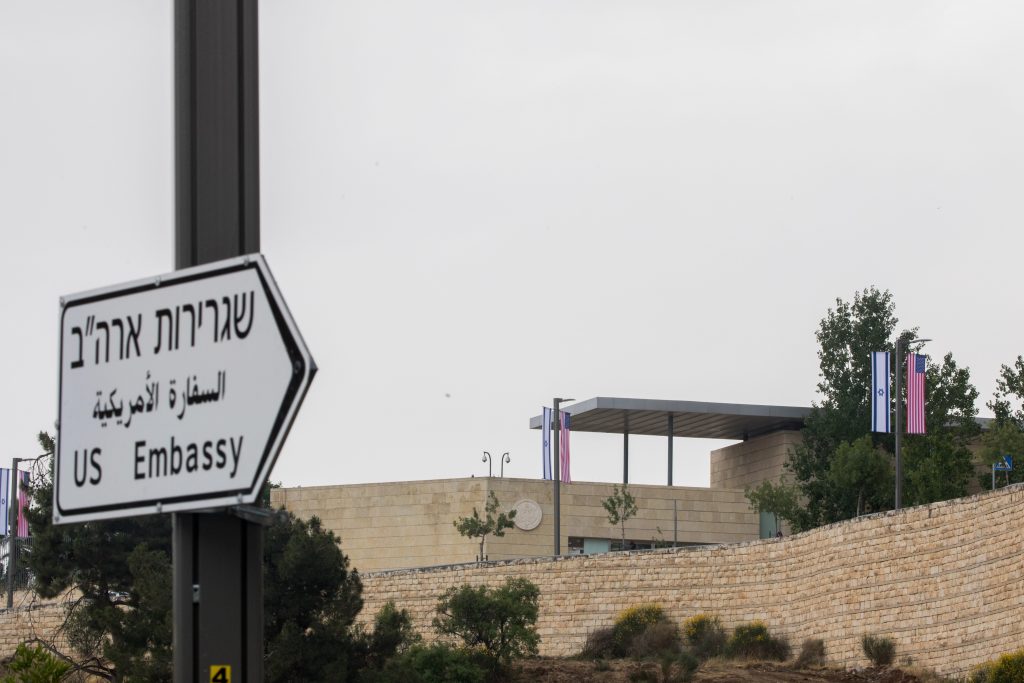 The United States Senate late Thursday voted 97-3 in favor of an amendment to the COVID-19 budget resolution to keep the US Embassy in Jerusalem.

The vote was put forward by Republican Senators Jim Inhofe of Oklahoma and Bill Hagerty of Tennessee.

Following the vote, Inhofe posted that the amendment “would make the US Embassy in Jerusalem permanent, effectively preventing it from being downgraded or moved. It’s an important message that we acknowledge Jerusalem as the capital of Israel.”

The U.S. Embassy in Israel was relocated to Yerushalayim from Tel Aviv in 2018 under former President Donald Trump. Five months after declaring U.S. recognition of Yerushalayim as Israel’s capital, the new embassy was inaugurated in a festive ceremony.

In late April, while on the campaign trail as the Democratic presidential candidate, President Joe Biden said the U.S. Embassy in Israel would remain in Yerushalayim if he was elected, even as he called Trump’s decision to move the diplomatic base from Tel Aviv “short-sighted and frivolous.”

At the time, Biden told donors he’d reopen a U.S. consulate in Eastern Yerushalayim to engage Palestinian leaders in talks about a “two-state solution” to the conflict.

“I’ve been a proud supporter of a secure, democratic Jewish state of Israel my entire life,” Biden said at the time. But, he added: “My administration will urge both sides to take steps to keep the prospect of a two-state solution alive.”

The three opposing votes were Democratic Senators Bernie Sanders of Vermont, Elizabeth Warren of Massachusetts and Tom Carper of Delaware.