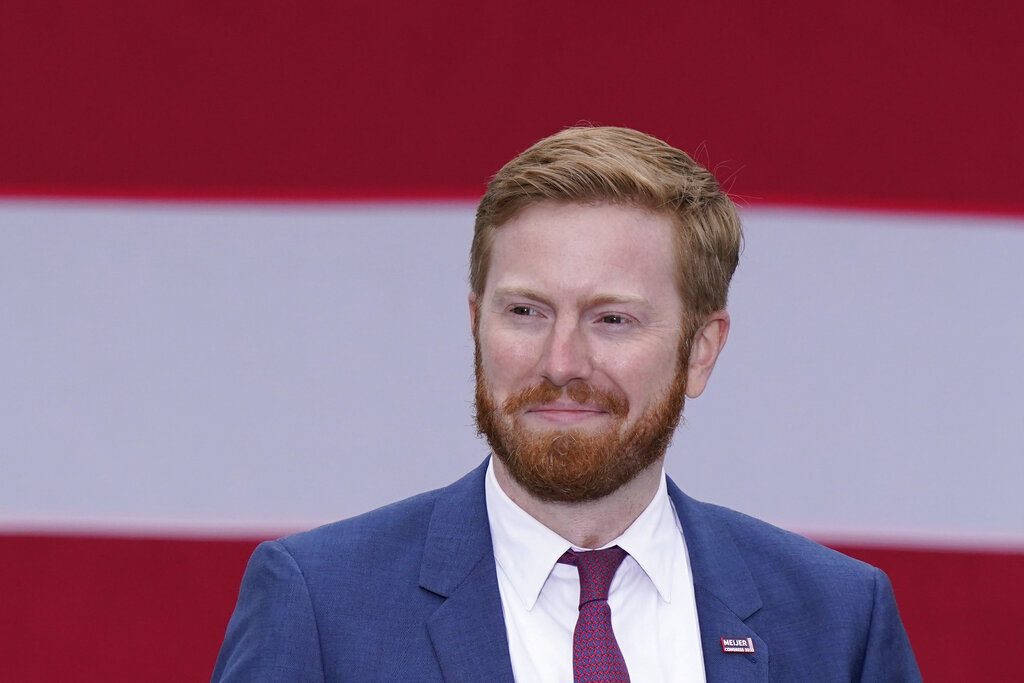 Michigan Rep. Peter Meijer, one of just 10 Republicans who voted to impeach then-President Donald Trump over the deadly attack on the Capitol, defended his decision while taking pointed criticism from voters Wednesday night.

“What we witnessed at the Capitol — the attempted insurrection, the involvement of a sitting American president propagating the falsehoods that led up to that — required a significant response,” he said during his first town hall, a virtual event that 400-plus people watched on Zoom or Facebook. The freshman lawmaker spoke from his office in Washington, D.C.

Two constituents who asked questions said they were deeply disappointed with Meijer, a 33-year-old Iraq War veteran who represents the 3rd District in western Michigan.

“Why aren’t you doing what your constituents wanted you to do?” said Cindy Witke. “I went against people who said not to vote for you because I believed in you. I’ve lost that belief.”

Nancy Eardley accused Meijer, the only first-term legislator to back impeachment on Jan. 13, of betraying the district within two weeks of taking office.

“I don’t know that there’s really much you can say that will ever change my mind and not work toward primarying you out after two years,” she said, claiming no court looked at evidence of election fraud.

There was not widespread fraud, as was confirmed by a range of voting officials and by former Attorney General William Barr, a Trump appointee.

Meijer said Trump told “two fundamental lies” after losing to Democrat Joe Biden — falsely stating that the election had been stolen and that Jan. 6, the day Congress counted electoral votes, was a chance to “stop the steal.” Trump, who had exhorted his supporters to “fight like hell” shortly before they swarmed the Capitol, took close to 2 1/2 hours to issue a video urging them to go home despite the riot having turned deadly, Meijer said.

“This was a moment when we needed leadership and the president, in my view, did not show that,” he said.

One participant, Kim Reeder, thanked Meijer for his vote.

“I didn’t vote for you, but right now I’m sure glad you’re my representative,” she said.

Trump is the first president in American history to be impeached twice. His Senate trial will start next week.

Impeachment took up half of the hourlong forum. Other questioners asked about the next federal COVID-19 relief plan, student debt forgiveness, gun rights and the role of pharmacy benefit managers in drug costs.

At least one Republican has already vowed to challenge Meijer in the 2022 primary: Tom Norton, who finished third to Meijer in a five-way primary last year.

Meijer in November won the open, longtime GOP-held seat by nearly 6 percentage points over a Democrat, a larger margin than Trump’s 3-point victory there.

Meijer acknowledged that a majority of Republicans in his district, “maybe a strong majority,” are upset with his impeachment decision.

“That weighed on me. That was one of the reasons why I felt ultimately sickened by having to take this vote,” he said. “How do I balance that immediate feeling with what we need to do as a country, what I feel my party needs to do and where I hope we can go?”